Skip navigation
Become a patron
Mar 6, 2016 at 2:17am
Cardiophobia Review 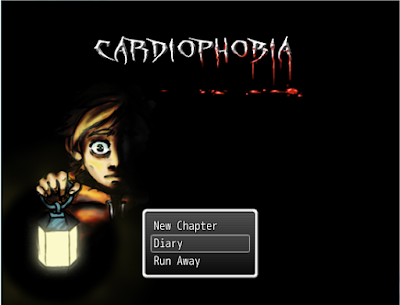 Cardiophobia is a horror-puzzle game that was created by Daniel_B on RMN. For the record, I played this game for 2 days before I finally decided to write up a review. Even after playing through a few times, I’ve only gotten the “forgetful” ending despite my final score being 33 out of 38. 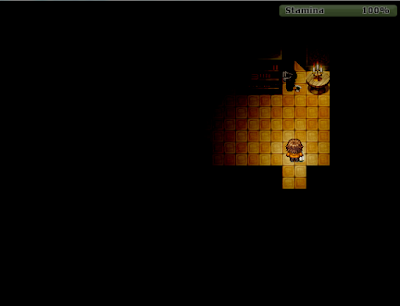 You take on the role of Felix, a young boy with a heart condition that is staying in a home for delinquents. One night, there is a blackout in the house and strange things start to happen. Saving yourself and your friends become the top priority as the house starts changing and an axe wielding murderer wanders the house. Is it all in your head? Are you just dreaming? Or is this all happening for real? Find all the clues you need to escape from the house alive and bring who can along with you. 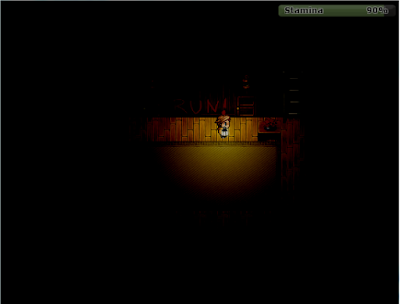 I’ll start off by saying that despite what the developer says, this is both a puzzle game and a horror game. While a good portion of the game does revolve around solving puzzles, the game functions as both a psychological and “jump-scare” horror game as well due to the game’s setting and the sequence of events. I’m surprised this game isn’t more popular among the RMN community. Not only is the story good, but the puzzles are very challenging and it has good replayability value due to the multiple endings. I would consider this game a hidden gem, gameplay and story wise that is. This game does use the majority of RTP assets, but for this game I wasn’t bothered by the lack of original artwork or graphics. The story immediately drew me in and once I started playing I was hooked until I couldn’t get a different ending. After finishing this review, I’m probably going to go back and try again from the start. The only real hard parts of the game are a few optional puzzles that are unrelated the story, or that are hard to decipher what needs to be done from the clues. Thankfully, the developer has a “puzzles” page that gives the solutions to some of the frequently asked puzzles. Others can be found by searching through the comments left on the game page. So if you like challenging puzzles games, I recommend that you play this game now. 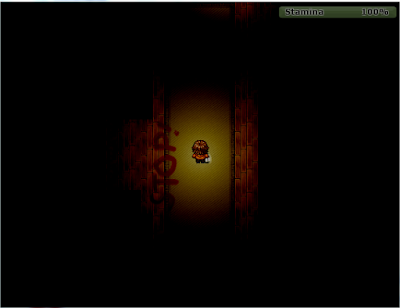 I was overwhelmed by the presentation in this game. Though RTP was used, it was used strategically to showcase the tone of the game and deliver amazing visual effects. The lighting effects are especially nice in this game. The use of shadows and darkness work to create a dark yet safe atmosphere around the player. While the atmosphere is dark, darkness is safer since every jump scare or event happens when your light comes too close to something. Well, that and your level of fear. This is a great design mechanic that I found to really help the player think carefully about their actions and learn from their mistakes. I also have to say that the music really amplified this game as a whole. The tone and feeling of darkness and mystery is really due in part to the music. I played a portion of the game silent just to see how it felt and it is a completely different experience. 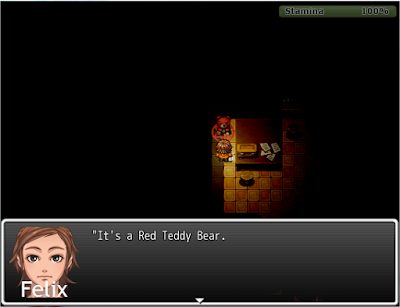 Both the puzzles and the story are key factors of engagement for this game, but I feel that trying to unlock more if not all endings would be the main reason why people would continue playing. At the end of the day, this game is still a puzzle game, which means that people can remember the order of events or remember combinations to puzzles. However, due to the multiple endings, people have to think carefully about which puzzles they should and shouldn’t solve in order to get a new ending. As for gameplay, I found all of the gameplay mechanics to be highly unique and very effective. The use of a “fear” system to change the look and atmosphere of the house was a very strategic design choice that helps amplify the “horror” aspect of the game, as well as gives another layer of difficulty to the player. The player is can only be scared so much before his heart can’t take it and you lose the game. Thankfully you are armed with medicine that can slow your heart rate, but it is limited. Thus the player has to gauge how many scares they can take before they should use up their medicine. This is where the room changing based on level of fear comes into play. Not only does the look of the room help the payer gauge how scared they are, but the rooms actually reveal clues and hints if the player is scared enough. Well clues and disturbing messages as well. As I said, it is still a horror game, but it functions as a puzzle game due to the gameplay mechanics.

I say definitely try this game out if you’re not afraid of horror games. While the game isn’t on the level of FNAF, this game did scare me quite a few times. I say definitely check it out if you like Horror games, Puzzle games, or even Strategy games. If you like those types of games then I feel that you would like Cardiophobia.

Thanks for reading, and Happy Game Making!!