Skip navigation
We use cookies to improve your experience using this site. More information
Become a patron
Feb 6, 2020 at 6:01 PM
The End of DBZA

There's been a lot of talk the last year about what the future of DragonBall Z Abridged is, and while we've tried to update people, we've failed at making things crystal clear to everyone.

We're planning on a full video talking about it, but we want to make sure that we can give you the full rundown, now that we've made our final decisions.

We currently have no plans on continuing with the Buu Saga, in the our original style, or in the style of the ShortZ, at this time.

Recently, we publicly announced that DBZA will not continue via the original footage ala our classic method of Abridging. However, we talked publicly about possibly moving forward with the Buu Saga via the same animation provided in the ShortZ.

Unfortunately, after serious deliberation, we currently find this process untenable.

For those of you with questions, I'm going to try to address them here:

"You guys promised Season 4 of DBZA. Why did this change?"

1. The ending of the Cell Saga gave us a sense of finality that is impossible for us to escape. We put our hearts and souls into making that finale stand out, and everything we've worked on with the original footage since has left us feeling hollow. This is a distinctly personal reason, but it's also incredibly important. Many shows lose steam as time goes on as the creators extend their work far beyond its natural lifespan; we're feeling that with this, and that's a scary, depressing thought.

We don't want to end up like The Simpsons, Dexter, Scrubs M.D., just to name a few.

And yes, we know, there's more story to work with. But in all honesty... there just isn't the emotional attachment and passion for the arc that drove the last three seasons. This is another, very personal reason, but it's unavoidable.

We do not enjoy tearing down and mocking the things we love. We want to celebrate them, expand on them, explore them, and sometimes make light of their shortcomings. That's what gave you the best of DBZA up until now, and ultimately, we find ourselves at odds with that approach and the majority of the Buu Saga.

2. We're burned out on the original method, in general. It's been an absolute blast to bring DBZA to life, but after 11 years of the same project... it's gotten oppressive. Which, again, is a scary thought.

Because it made me a better person. A better writer, a better director, a better actor, a better editor, a better worker. I learned so much while working on DBZA, and I got to express my love for comedy, drama, and DragonBall to the world. Anyone who's seen me talk live about the finale of 60 has seen me coming to tears when talking about how proud I was to show it to everyone, and how overwhelmed I was to hear such a positive response. Just how happy I was to be able to share something I worked on with all my heart with all of you guys.

The idea that we could come to resent the series by forcing ourselves to work on it past the point where we feel artistically fulfilled? That's awful. And I honestly hope you all can understand why.

But it's not just me: Nick and Curt have also lost their steam with this approach, due to the limiting nature of the production, and our aforementioned perspective on the Buu Saga as a whole.

3. Our YouTube channel is our primary source of revenue. While the Patreon absolutely has helped us with several new projects (episode 5 of Unabridged is now in the can, and we continue filming early February), the lifeline that sustains the company is our main channel.

Copyright claims have put us at risk of losing that channel, and our livelihoods in jeopardy. We have our employees to look out for; our friends, our colleagues, and doing right by them—by striving to create original, monetizable, copyright friendly content, that also carries our heart and soul as creatives—is undeniably important.

We've thought about hosting DBZA on other sites, but nowhere has been safe, and worse, it would serve to draw attention away from our hub, which ultimately could lead to less views, less support, and either the scaling back or collapse of our company.

And frankly—and I say this with all due respect—the expansion of our company, to better fulfill the creative wants and needs of our employees, and the financial stability of all therein, is paramount here.

4. Our relationships with other companies have been strained by the nature of DBZA.

Fair-use exists in a nebulous area; even though we believe in it wholeheartedly, that doesn't mean there's no trouble between us and the copyright holders, and that tension leaks into the ecosystem in which we look to coexist with other companies. As writers, actors, etc.

We want to ease this tension moving forward.

5. We mentioned the nebulous nature of copyright. Over the course of the last 11 years, we've avoided major legal challenges, but we cannot continue to press our luck in this regard. We want to live in a less gray area, without the Sword of Damocles above our heads.

"When was this decision made?"

There is no concrete date, but it was in October, 2019 that we decided to no longer use the footage at all.

It started late August/early September. We'd been working on the script for Bojack since May, and had been struggling to get anything of substance down on paper. While it wasn't a complete wash, we weren't happy with the bulk of it. We'd also restarted the scripting process a couple times, trying to approach it from different angles, but we found ourselves at wit's end.

So we started to reflect and talk about the nature of our struggling, and Nick, Curt, and I came to the conclusions I gave you above.

At that time, we'd already written out several of the ShortZ and were looking to get moving on those before the year's end. They were originally conceived solely as connective tissue between Cell and Buu. We quickly realized that, if we could get things rolling, we could possibly continue working on DragonBall Abridged via the ShortZ, potentially solving a majority of our problems.

I actually made this post over on the Reddit after Bojack was cancelled and we totally borked the announcement of said cancellation. It reflects a lot of what's said here.

However... it was over the course of the last two weeks that we started to realize:

Continuing via the ShortZ was untenable as well.

"You mentioned continuing via the ShortZ. What changed?"

Imagine you're a child wanting a puppy. You beg your parents all year, and then they say, "Alright then, we'll get you that puppy for Christmas!" Then Christmas comes around, and they hand you a box. A wrapped box. And in that wrapped box isn't a puppy, but a WowWee Chippies Robot Toy Dog. 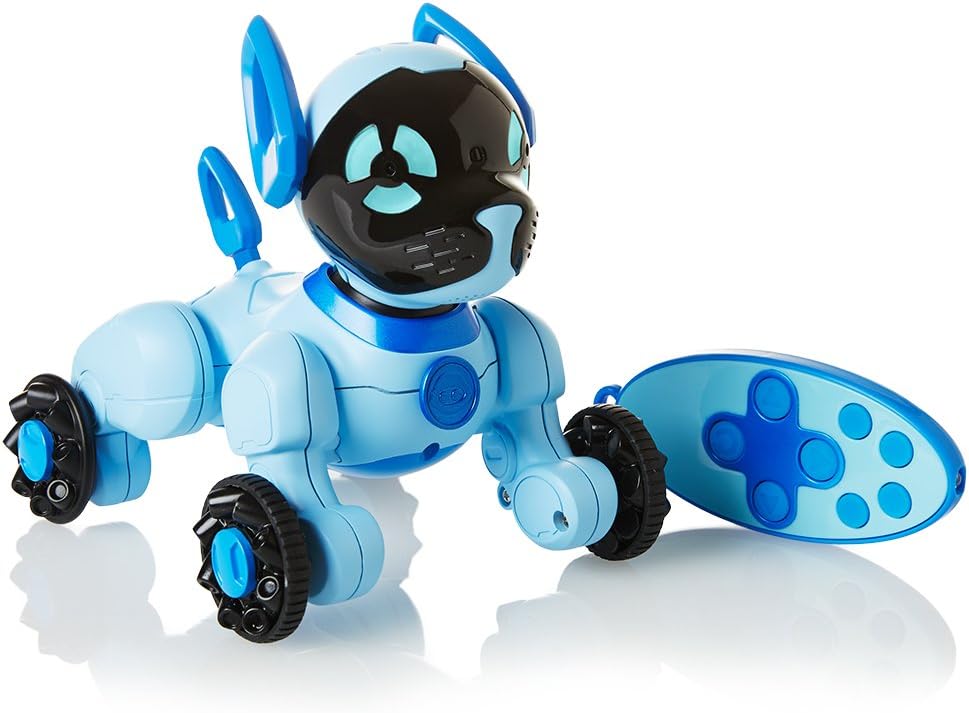 While there are plenty of fans who've cheered this on, for all the freedom it allows us, and the ability for us to monetize it, the drop in visual quality and change in overall tone and style ultimately make the Buu Saga a lesser version of what we've provided for years.

Furthermore, the time to actually produce an entire season with this new animation would put the series off for an unbelievably long time, and unfortunately be incredibly costly.

The ShortZ will continue, but we have no intention at this time to utilize them as a way to cover the Buu Saga.

"What of us who are contributing specifically for DBZA?"

We have continuously, time and time again, tried to communicate that this Patreon was not made to fund DBZA. It was made to fund projects outside of DBZA, while maintaining our production of our keystone project through to its completion. It has helped fund FFVII Machinabridged, AWF, Unabridged, Fist Master, Super Knock-Off VS., X Minutes, Cell VS., [Unannounced Project(s)], and essentially all non-mainline DBZA content.

But there's an unavoidable truth here: We promised DBZA would continue beside those projects, and that they would not interfere with its production in any meaningful manner. We also announced Season 4 at the end of Episode 60 in September 2018, leading people to believe that the show—as they knew it—would continue as per the usual.

Anyone who was looking to secure the creation specifically of DBZA Season 4 via their patronage will likely feel frustrated or even betrayed by this reveal, and we're sorry about that.

We also failed in our communication in a timely manner. The moment we decided that DBZA was not happening in it's traditional capacity should've prompted a much quicker announcement to that effect. Please understand that the biggest driving factor behind not saying anything was that we desperately wanted to have a real plan for you folks moving forward, not just bad news and a vague idea. As you can see, even debates on providing the Buu Saga via the ShortZ was not something we'd come to a conclusion on until these last couple weeks.

But we accept the responsibility and blame for keeping you in the dark for too long, regarding DBZA.

So I ask of you this: If you are a Patron solely—or even primarily—in hopes of funding traditional DBZA, please consider ceasing your patronage. If you continue to donate for any particular reason, thank you so very much. But if you don't feel that you are getting your money's worth, we truthfully understand, we will not blame you for choosing not to continue to support us, and we appreciate all the support you've given us thus far.

We will not judge you for being discerning with your own incomes and time, nor will we feel scorned.

"Will this effect the production of FFVIIMA?"

Nope. We're finishing it this year.

"Is there any chance you'll change your mind?"

I cannot say so. We've made this decision and it's what we truly feel is best for us moving forward.

If you guys have any more questions, I'll make myself available in the comments section.

Thank you for your time and your support. I hope you'll continue to see us into new horizons, but as we said before: We will respect your decisions, whatever they are.

Thank you for your support,
Scott "KaiserNeko" Frerichs