Skip navigation
We use cookies to improve your experience using this site. More information
Become a patron
Oct 15, 2019 at 10:05 AM
Guest blog: RAH TALKS!

Before I tell you what happened in the week after she left :-( here´s Rah´s very own personal lookback on the recording residency!

Don´t forget to support her other band on  https://www.patreon.com/theerinyes  (I just LOVE the names of the tiers :-D)! See them play in today´s video!

And a little extra info - I just posted the VERY FIRST rough bounce from the studio for all 3+ patreons. Time to up your pledge, maybe? :-D

Here goeth (as Kevin uses to say when he starts the recording)!

A little note from Rah

one adjective keeps coming up when i describe the time recording ‘trigger warning’ at seventh wave studio and that is: ‘intense’

every song of the album is in fact intense, but every one in a very different way. that is one reason why i think this album is going to be very special. it is hard to describe it but you’ll see when we release the album and maybe after reading this blog.

now about my experience:

the first week in the US we mainly recorded drums and piano tracks. i loooved drumming my heart out every day. i wish i could just do that every day. (i love playing f&s songs in general because i have all the creative freedom. doing the unexpected, breaking rules is always appreciated. that is punk rock, and punk rock rules.)

i was never part of such a long production and i really liked the way we could work on the songs and be able to focus on every little detail i think it took me about ten days to finish all the drum tracks, not including percussions. 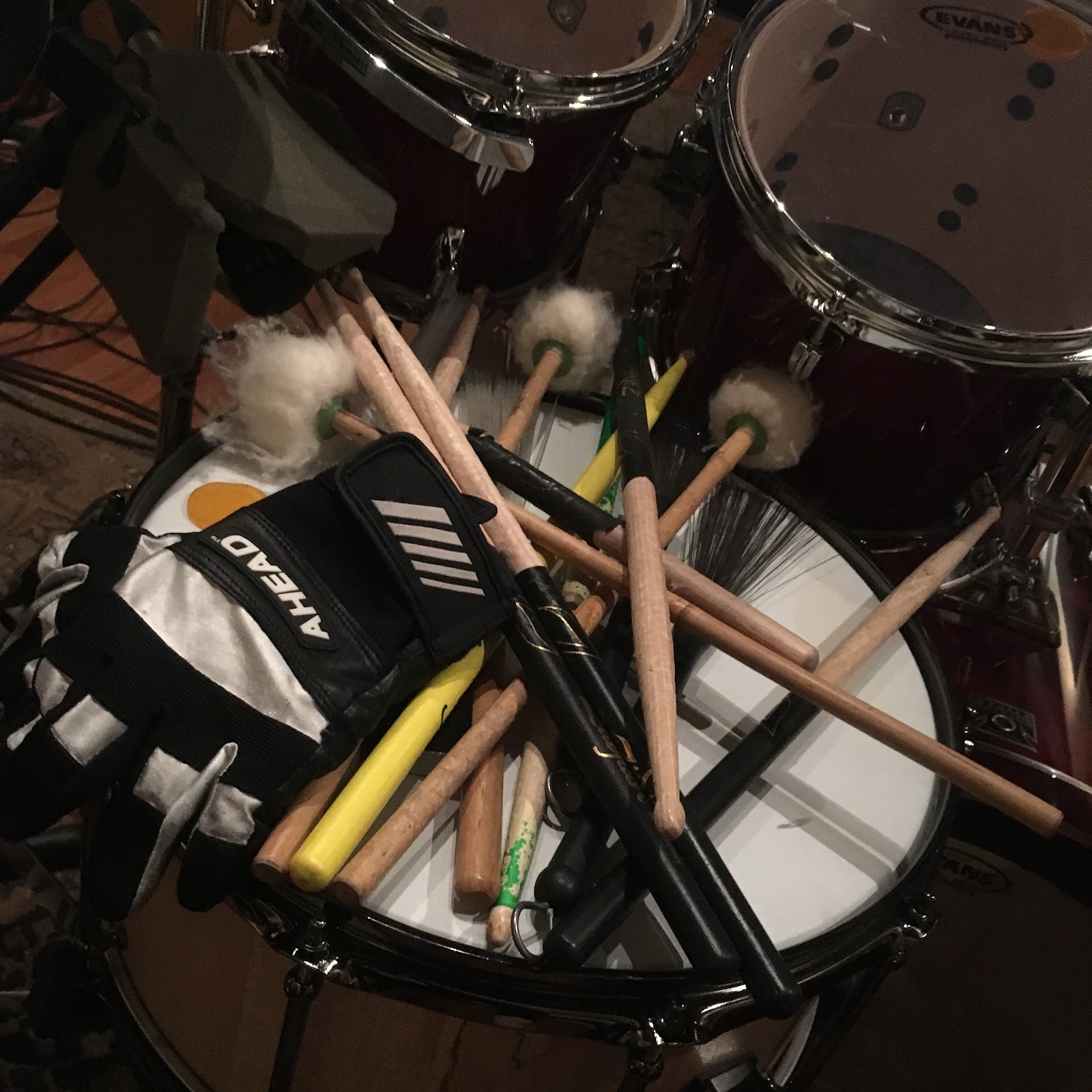 working with taylor as a producer was amazing because she knows the band and the sound and understands the message every song delivers. and most importantly she knows how to get the best out of every one of us with words of gentle navigation, encouragement and patience. it’s a real pleasure to work with someone so very competent!

because we had the time that we had we had it feels like the album ended up being a treasure chest full of hand selected notes, each single one telling a story by itself. at least for me that’s how i will remember this album. i hope some of you lovely listeners will listen closely enough to decipher some of the little stories the notes, drum fills and all the random-not-so-random sounds tell.

because the work itself was intense, not every day was fun and easy. but not-fun-and-easy was an inevitable part of the process: we worked on average 8-10 hours every day. we slept where we worked, no physical separation from our ‘office’ for weeks. no private space or room to withdraw to. everybody was overworked at some point when we did not have time to take a day off. and apart from all that life is a rollercoaster anyway that comes with bad days and that doesn’t exclude me or the others. and those bad days don’t care if you’re working and you have no time for them, they will just show up and get comfortable in your brain anyway. but in the end the bad days just brought us all closer together as a band and friends. at least that is my point of view, i cannot talk for the other two.

the songs themselves are intense, the topics are uncomfortable and even after having played them many many times before, during production some really really really got to me. it was especially ‘please die’ that got under my skin,  a song about child abuse. the second monday we recorded first drums, then piano for this song i was mentally exhausted afterwards. i think that was all we recorded that day.

i will now attempt to explain why ‘please die’ is intense for me to play on drums: when i play that song i channel my rage and frustration. so what i play is the pure emotion that i feel in the moment i hear the lyrics. this emotion is turned into energy which is spreading out into my limbs which then hit things in ways i am no longer in control of. and of course this transformed emotion comes out differently every time cause if i planned what i play, it wouldn’t be emotional any more. so basically i am not playing the song but am played by the song. i have used this method for other songs too, but ‘please die’ it is the best example for it. 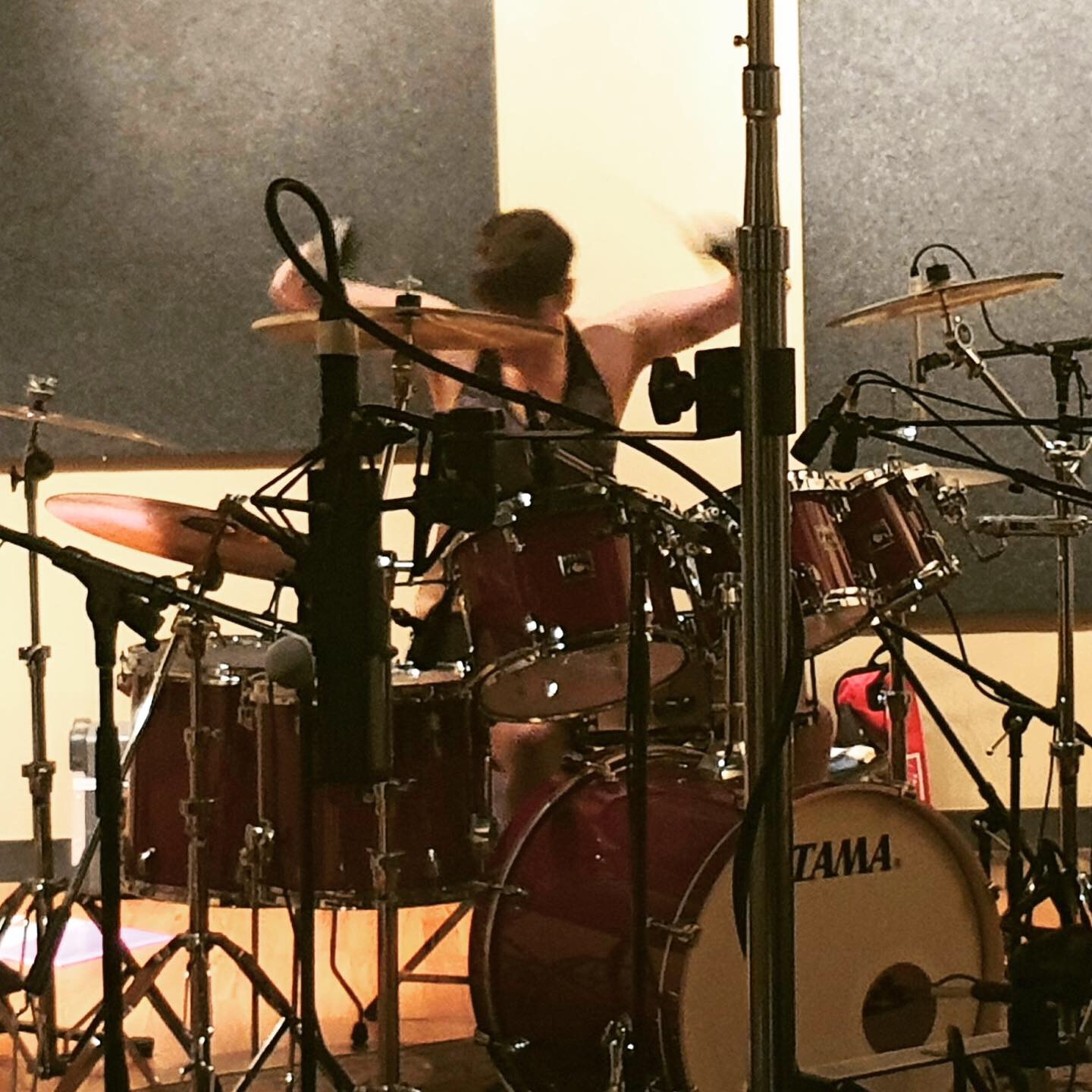 i hope this explanation made any sense to anyone but me.

the third monday christoph recorded cello and afterwards feline did the vocals for the ‘please die’ where pain, rage and desperation in her voice felt so real that i had a mild anxiety attack after the session. i could not stop rocking back and forth and biting the skin of my fingers (which is something i usually don’t do) and having scary, dark thoughts. took me a while to get back out of that unsettling state of mind. that moment was a reminder that ‘trigger warning’ is indeed an appropriate title for the album.

and that’s just one of 13 examples… every other songs comes with a completely different story and emotions.

looking back it’s amazing to see how the songs developed into such unexpected awesome creations throughout production. you just wait and see...

now i am back (not home but in europe), thinking about the time in the studio. i am proud that i got to be part of this production and can’t wait to hear what taylor does to the songs during post-production and then to see what you all think of the album.

(warning: this part contains a bit of cheese (vegan though))

i am also very grateful that feline and christoph made it possible for me to join them for this adventure in the US. i know it’s a win-win situation but i still like to point out my gratitude.

after spending pretty much all summer together - countless concerts in a different city almost every weekend, pre-production for the upcoming album / rehearsals and lots of ice creams, lunches, dinners and drinks just because (we’re neighbours as well as bandmates) feline and christoph both grew very dear to my heart, as new members of my soul-family. i was actually sad to leave the US without them one week before they did.

this production was an experience that allowed me to surpass myself and grow as a musician as well as a human being, ummm i mean alien, and i am very thankful for every moment.

big love and hugs to all of you, and thanks for reading me! 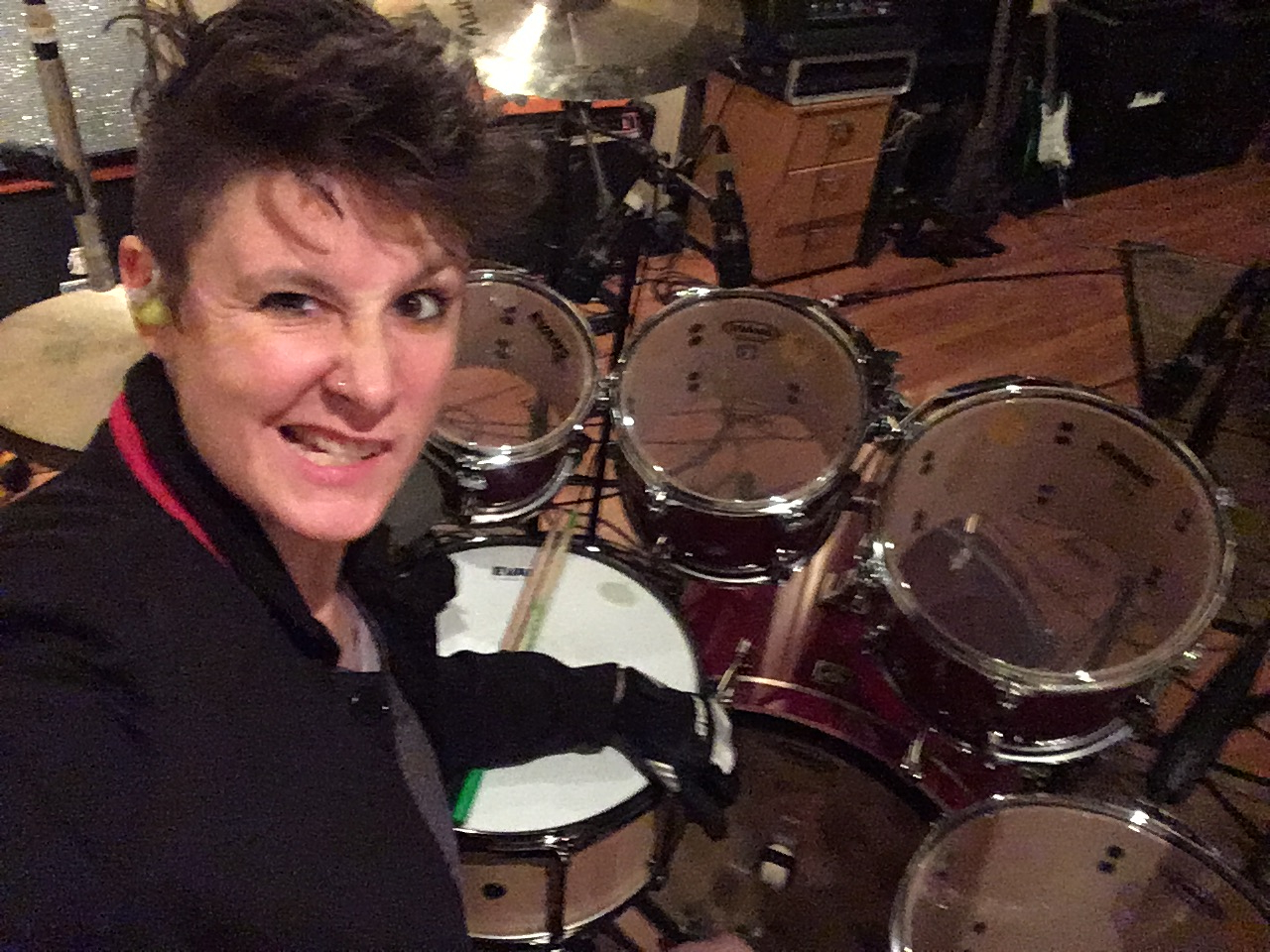 PS.: check out this beauty of a drum kit i got to play! 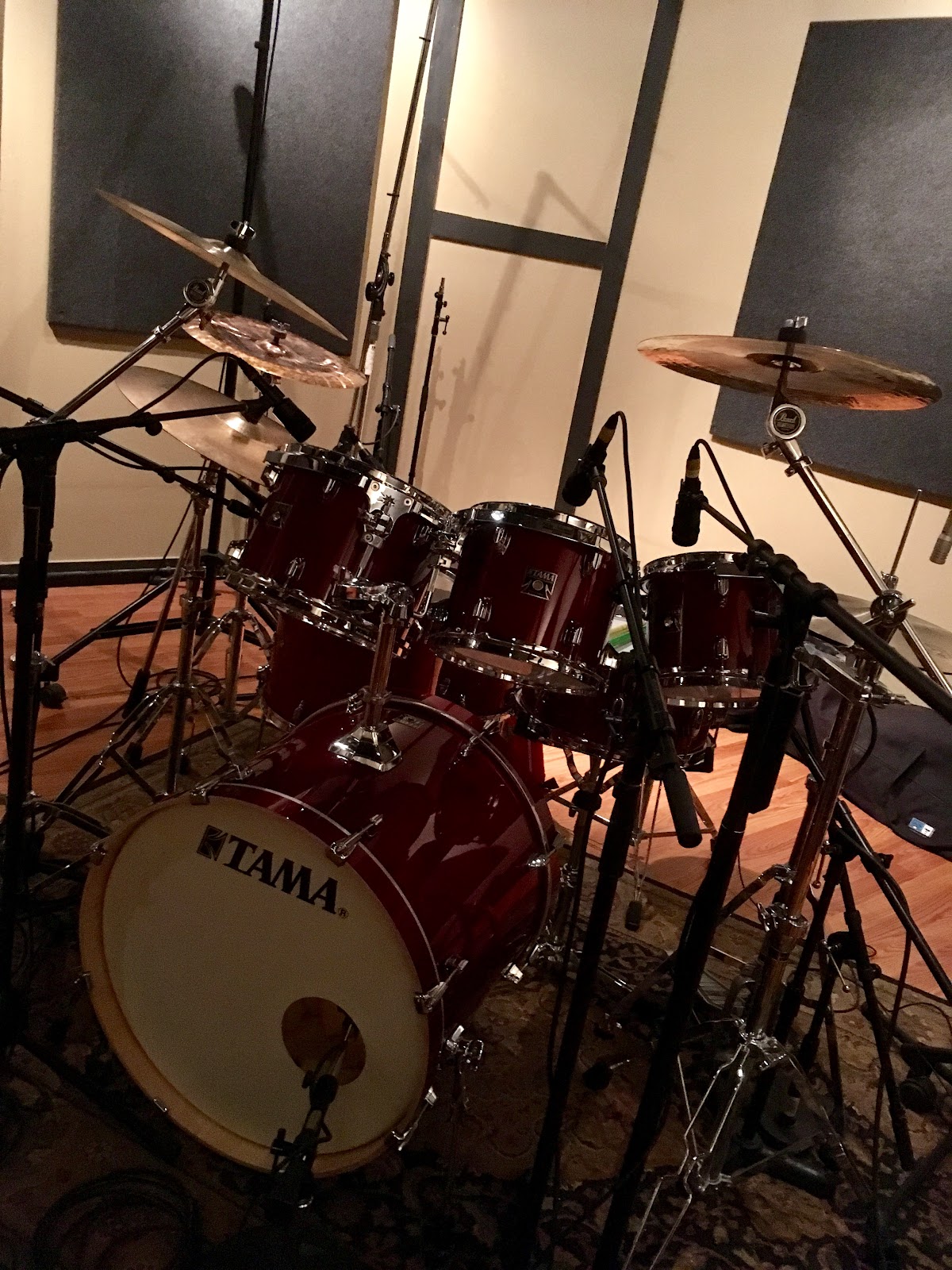 taylor got it just before we came because she knew i needed five toms and i got to pop its recording-cherry! also i fell in love with that china! this was one one the best kits i ever played, thanks taylor!! 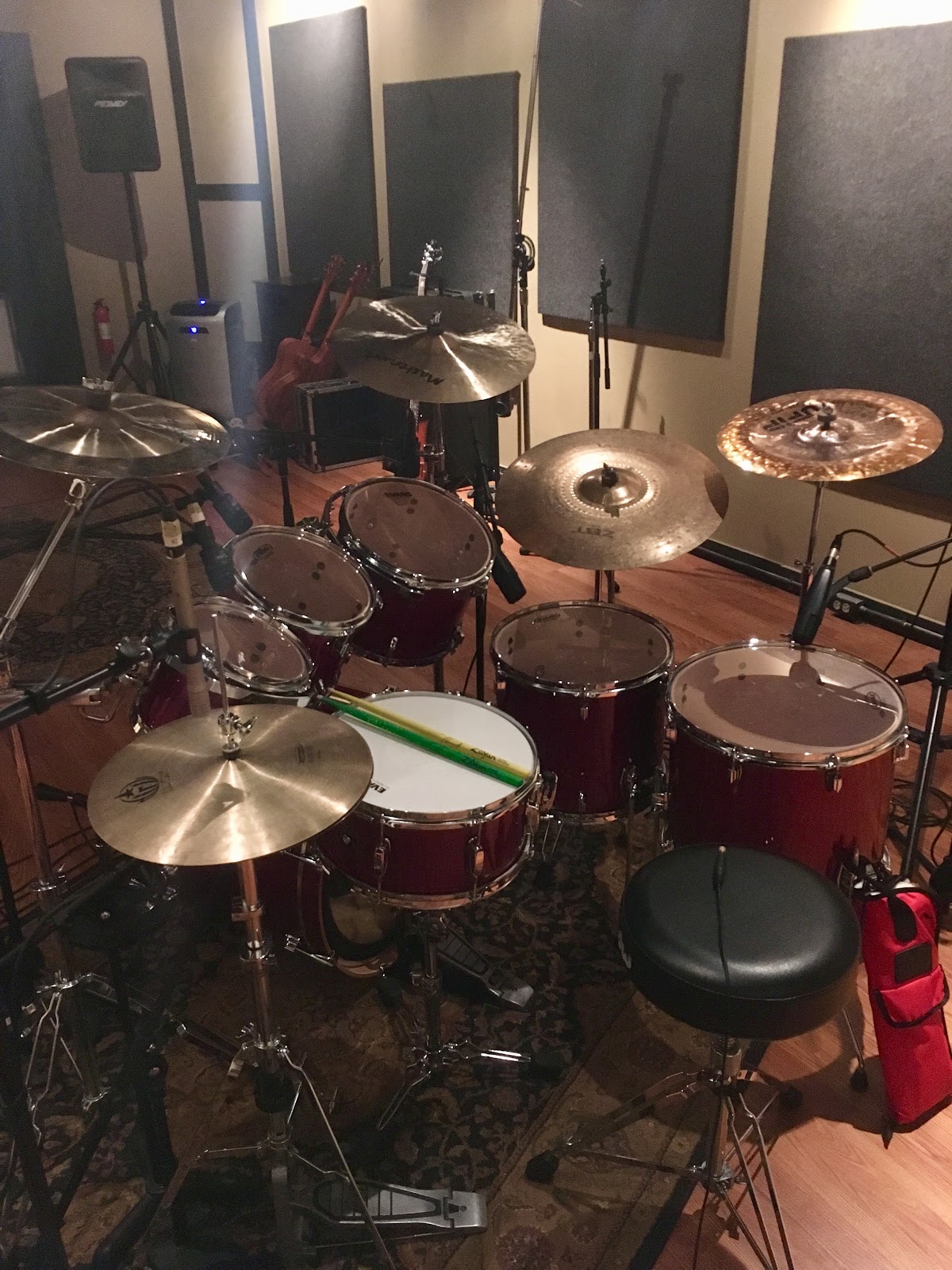 PPS.: now I am in sunny and warm greece with my other band, The Erinyes (sneaky advertisement: we have a patreon in case you’re interested) and literally covered in cats as i am writing this. we were supposed to be working on new music as much as we can for the two weeks i am here. but now we cannot do much at all because our lead singer’s mum - whose house i am staying at and  who has welcomed me in greece so lovingly with delicious homemade food and a lovely set up room - had to be rushed to the hospital with brain cancer  this week. she is having surgery as i write this and i am not certain if she will ever return back home.

i am telling you all this because it is was a strong reminder of the fragility of mortal human bodies (and alien bodies, too, unfortunately).

so i just want to say: make sure to hug the people you love, as long as you can do it. you never run out of hugs, until someone dies. love and let others love you back! 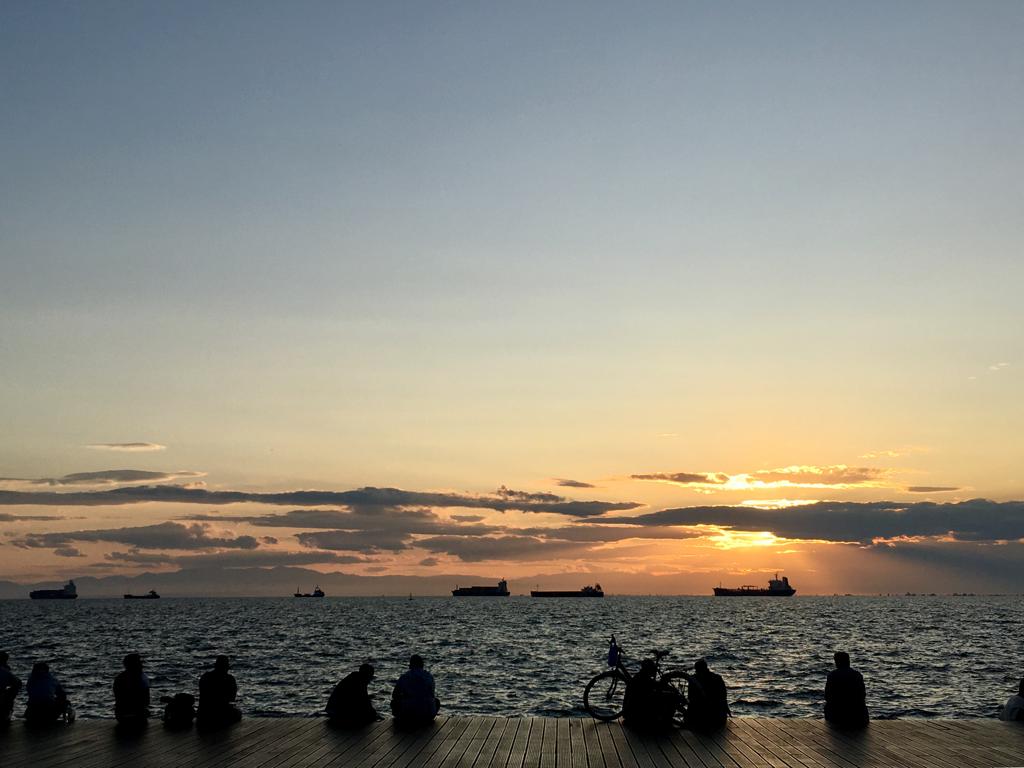