Skip navigation
We use cookies to improve your experience using this site. More information
Become a patron
Aug 28, 2019 at 10:16 PM
The Hideous Lie This Government Keeps Telling The Unemployed

Oh! my patrons who are the light of hope in a dark and weary time,

You already know the way that a certain type of politician - let's call them "Coalition Members" - are very big on prosecuting the narrative that the unemployed aren't unemployed because there are about 16 jobseekers for every available job, or because of structural barriers for people raised in poverty, or from non-white backgrounds, or people with disability or illness, or women.

No, according to the government the unemployed are precious snowflakes who think they're too good to pack up and move to Wagga Wagga.

"There are jobs out there in regional Australia and there are good paying jobs and what I think we do need in this country is a more mobile workforce," National Party leader Mistface McGongle inaccurately told Sky News back in July.

“And so people have to be prepared to move sometimes out of their comfort zone and their home town and move to the next town to take a job.”

It's a common trope of our least-in-touch politicians. Employment Minister Michaela Cash is adamant that Australia is wracked with "job snobs" who put their own comfort ahead of getting out there and hunting down work, while Tasmanian senator and sanctimonious cartoon buzzard Eric Abetz was giving the same move-for-work advice back in 2014.

In fact, it's really not difficult to find interviews with conservative politicians telling the unemployed "just move to where jobs are! Stop complaining and pick fruit if you have to! The best form of welfare is a [short term seasonal] job!"

And you might have various objections to this, starting with the concerning notion that our government seemingly thinks the unemployed are loveable hobos riding the rails with nothin' but a bindle on their shoulder and a pocket fulla dreams. 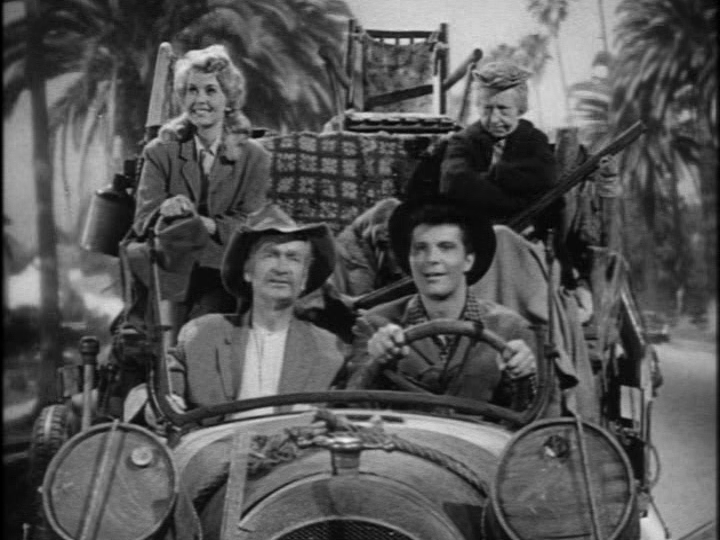 Typical unemployed Australian family, according to the IPA.

There's the fact that people have ties to family and community - children in school, parents in care, their own health, property they can't afford to leave - which makes it impossible to just walk out the front door whistling a jaunty song about absolving the state of its responsibilities.

And there's the fact that people who are under severe financial stress from unemployment desperately need their support network.

And oh yeah, there's the fact that this advice from the government is basically entrapment since anyone that follows it will almost certainly get cut off from any income support as a result.

Short version: if you move at all, you risk getting cut off from Newstart, Youth Allowance or Special Allowance for six months - especially (but not exclusively) if you're moving somewhere with a higher unemployment rate.

Long version: everyone knows that moving is eye-wateringly expensive even if you want to do it and have the resources to hand, which people on benefits absolutely do not. Just breaking a lease is pricey, much less all the actual costs of transporting oneself somewhere and rustling up a new bond.

But if you're in a city and struggling to find a job and decide "OK, I'll take the government's advice and move to a country town with no guarantee of actually getting a job there" then Centrelink will go "Congratulations! You are now less likely to complete your mutual obligations and therefore we are penalising you with 26 weeks of exclusion!"

Fun fact: this can still be the case even IF the place you're moving to has a lower unemployment rate. Centrelink's method of calculating this risk seems… let's go with "subjective", because "driven by targets" might appear unfair.

Literally the first thing it says is as follows:

When a person receiving or claiming NSA or YA (other than a full-time student or Australian Apprentice) or SpB NVH (3.7.5.10) moves to a new place of residence a decision is made on whether the move has lowered the person's employment prospects.

If it is determined that a person has lowered their employment prospects by moving and that they moved without a sufficient reason, an employment-related exclusion period of 26 weeks is applied from the date of the move.

So just lobbing into Wagga and optimistically saying "yeah, the Nationals leader reckons there's heaps of jobs here?" That's going to get you six months of nothing.

The rest of the page explains the arbitrary-sounding criteria that Centrelink will use to determine whether you deserve to go from penury to destitution. Oh, and all that rhetoric about how unemployed people need to learn to live within their means? Yeah, about that;

Just to parse that out: you've been on a public housing waiting list for years, you're told you have a place, and you're told that moving to that place means exclusion from Centrelink. So you explain that to the housing commission in your state.

Do you think they will go a) "Oh, OK, no problem, I'll find a place near where you are now!" or b) "OK, so I'll note that you're rejecting this offer, that's now on your record should you attempt to apply for public housing again, click"?

It's also worth noting that if you don't have a new address inside of two weeks of leaving your old one then Centrelink can also suspend payments. Bonus question: how keen would regional landlords be to rent to a blow in arriving with no job and a Centrelink threat, would you say?

In other words: this government will blame people for being unemployed, demonise them for not taking their asinine advice, and will actively punish them if they do.

This isn't neglect directed at those at the bottom of the pile. This is a war on the poor. And it's up to all of us to challenge the propaganda at every turn.

SEE YOU AT THE BARRICADES, FRIENDS