Skip navigation
We use cookies to improve your experience using this site. More information
Become a patron
May 15, 2019 at 7:48 AM
How Many Seats Will BrExit Party Win - EU Parliament Elections Forecast 2019

Britain's walking dead Labour and Conservative zombie political parties are about to reap the whirlwind for not just failing to deliver on the 2016 EU referendum result of LEAVING the EU on the 29th of March 2019. But having effectively ignored near half the electorate for the past 2 decades, who have increasingly became disengaged from the 2 parties, who in reality have become largely the SAME party!

The first shock to the system was the UKIP victory in the 2014 European Elections by winning 24 seats, and then came LEAVE winning the 2016 EU Referendum. And so voters on the 23rd of May look set to deliver the next BREXIT SHOCK to the political establishment, where most MP's have long since sold out the British people to the bankers and billionaires who effectively run the show the most notable consequence of which was ConLab BAILING OUT the BANKING CRIME SYNDICATE in 2008-2019, the price for which has been borne by ordinary British people resulting in a decade of stagnating earnings for most workers. 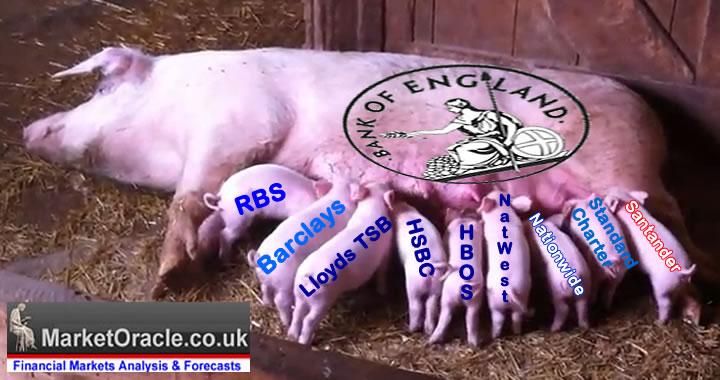 So in steps election master Nigel Farage who single handedly delivered the 2016 EU referendum victory! Yes, it was Nigel with a little help from his friends. 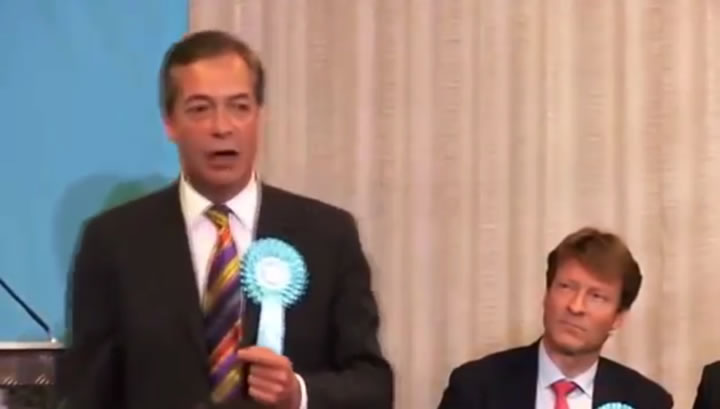 If you have any doubts of that then you only need to see what has happened to UKIP since Nigel left, which with its inept leader Batten went running into the arms of right wing nut jobs such as Tommy "Fake Name" Robinson, and Katie "Obsessed with Muslims" Hopkins, and so that which I warned would happen HAS happened, which is that UKIP effectively died in the local elections!

The fundamental error that UKIP and similar right wing Brexit campaign groups are making is that by embracing the likes of Tommy Robinson they now solely appeal to die hard right wing Brexiteers, who are just a small minority of those who voted LEAVE. Instead elections are WON at the MARGINS and where the EU referendum is concerned, given its binary choice had a huge margin of 4 million voters, likely none of whom are far right so UKIP and Tommy Robinson have effectively now KILLED the chances of LEAVE winning a Second EU Referendum.

Meanwhile Katie Hopkins recent tweets imply she is desperately trying to worm her way into the BrExit party after partaking in the demise of UKIP.

08 May 2019 - Will Katie Hopkins Stand for BrExit Party in Elections After Helping Destroy UKIP?

The local election results are crystal clear, where UKIP instead of winning 200+ seats actually lost 150 to end the night with just 31 seats! Suffering an even bigger wipeout than the Tories!

Whilst the winners of the election night, the Lib-Dems took their huge success (+700) as an endorsement of their policies without understanding that many voters only voted Lib Dem because the BrExit party did not stand in the local elections, hence a protest vote for the Lib Dems, since when the Lib-Dems have been in state of delirium, expecting to replicate their local election success in the EU election.

The disengaged voters of Britain, (approx half the electorate) are going to deliver another SHOCK to the political elite via Nigel Farage's BrExit party on the 23rd of May, of which there is little doubt!

How Many Seats Will the BrExit Party Win?

My forecast as of the 10th of May is that the BrExit Party could win between 30 to 36 seats, with UKIP winning just 1 or 2 seats, down from 24 as the price paid for embracing the likes of Tommy Robinson. 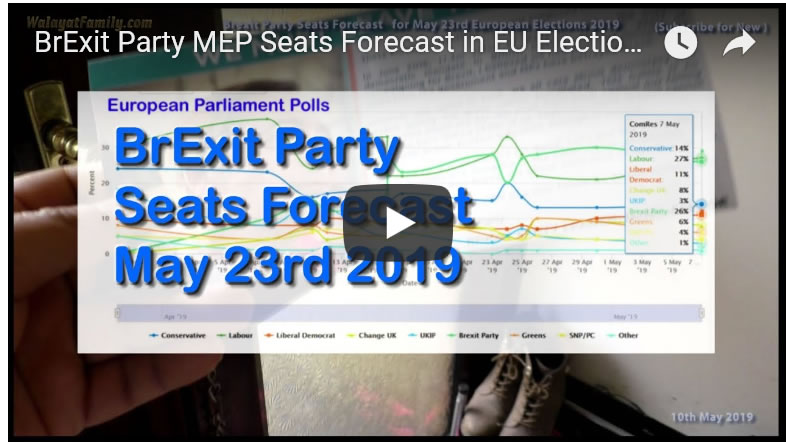 However, the polls (for what they are worth) have further shifted in the BrExit party's favour, which should translate into several more seats.

1. The starting point for how many seats the BrExit party could win is the performance of UKIP under Nigel Farage that won 24 MEP seats in 2014. That is the minimum that the Brexit Party will win of the 73 seats up for grabs.

2. The 2016 EU referendum resulted in a 52 to 48 split in the vote which would translate into the Brexit Party winning 38 seats which is therefore the maximum.

3. Even though UKIP's vote has collapsed to little more than 4%, still that is 4% that would have won the Brexit Party party maybe 3 or 4 seats. So whilst UKIP may win a seat or 2, they in effect cost the BrExit party 3 or 4 seats, which therefore brings the maximum number of seats down to 35.

4. The Liberal Democrats have successfully fashioned themselves as the party of REMAIN and thus will likely win REMAIN votes from the Tories and Labour.

It should not come as much surprise that the BrExit party is the odds on favourite to win the most seats. However, the betting markets do confirm that the Tories are going to get wiped out, with even the Liberal Democrats beating them into fourth place, with Labour 2nd.

What are the Odds for Brexit party to beat the last EU election UKIP 24 seats tally?

Well there may be an opportunity here because Betfair is still giving odds of 1.41 for the Brexit party to get 24 or more seats! Now compare this against my minimum expectations for 30 seats, so it looks like the betting markets are getting Brexit wrong again, albeit nowhere near to the same degree as in 2016, but it could be worth a gamble.

Therefore my forecast for the EU Parliamentary Elections 2019 remains UNCHANGED in that I expect the Brexit Party to win between a minimum of 30 seats and a maximum of 36 with the most probable number of seats that the Brexit party will win being 32. I expect Labour to come 2nd, Lib Dems 3rd and Tories 4th, with UKIP maybe picking up 1 or 2 seats. In fact it is entirely possible that the Brexit Party could win more seats than Labour, Lib Dems and Conservatives COMBINED!