Skip navigation
Become a patron
Oct 10, 2018 at 5:27am
JFK Jr. – When Do Coincidences Become a Mathematical Probability
editor’s note:  HOLY SHIZBOT!  lol  scroll to the end of the article – that is MY DREAM listed –  only it is given credit to someone named Sara Di Gaia Bassott (i have written her and the woman listed as Carolee Merrill asking this be rectified – i did some digging and found where i shared it – 3 days ago on judy jandora’s facebook page).  anyway….fascinating article with more Junior pills swallowed.  17 people at his funeral?  and that beautiful tattoo on his right arm – the dagger through the Z – not showing up on the autopsy report?  i hope you all enjoy this one as much as i did.

There are two all time great questions in our recent history.

First one is – WHO KILLED JFK?

The second one is — IS JFK Jr. STILL ALIVE?

Today we will dive headlong into the questions, the conspiracy and the evidence.  A little back history to catch up those that haven’t seen anything outside of MSM for the last 20 years.  John Fitzgerald Kennedy was considered one of the greatest presidents.  Right up there with the likes of Washington and Lincoln. 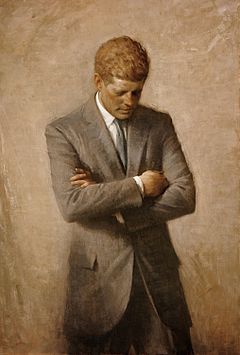 John Fitzgerald Kennedy (May 29, 1917 – November 22, 1963), commonly referred to by his initials JFK, was an American politician who served as the 35th President of the United States from January 1961 until his assassination in November 1963. He served at the height of the Cold War, and the majority of his presidency dealt with managing relations with the Soviet Union. [1]

Most of his presidency was riddled with strife and bellows of war.

Kennedy’s time in office was marked by high tensions with communist states in the Cold War. He increased the number of American military advisers in South Vietnam by a factor of 18 over President Dwight D. Eisenhower. In April 1961, he authorized a failed joint-CIA attempt to overthrow the Cuban government of Fidel Castro in the Bay of Pigs Invasion. He subsequently rejected Operation Northwoods plans by the Joint Chiefs of Staff to orchestrate false flag attacks on American soil in order to gain public approval for a war against Cuba. [1]

A short two and a half years into his presidency, the unthinkable happened and ripped at the core of our great country. 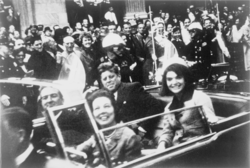 On November 22, 1963, Kennedy was assassinated in Dallas, Texas. Lee Harvey Oswald was arrested for the state crime, but he was never prosecuted due to his murder by Jack Ruby two days later. [1]

JFK’s death was more than a shock to America.  He was adored by the people of America.

His average approval rating of 70% is the highest of any president in Gallup’s history of systematically measuring job approval. Kennedy came in third (behind Martin Luther King, Jr. and Mother Teresa) in Gallup’s List of Widely Admired People of the 20th century. Kennedy was a life member of the National Rifle Association supporting the second amendment.[1]

The Kennedy family is one of the most established political families in the United States.  Coming from a family dynasty of philanthropists, socialites, businessman, ambassadors and politician from Mayors to Congressmen.  He himself went on to even great aspirations.

Kennedy was sworn in as the 35th president at noon on January 20, 1961. In his inaugural address, he spoke of the need for all Americans to be active citizens, famously saying: “Ask not what your country can do for you; ask what you can do for your country.” He asked the nations of the world to join together to fight what he called the “common enemies of man: tyranny, poverty, disease, and war itself.” [1]

As President Kennedy was learning his newly held position, he was also welcoming fatherhood for a second tie with the birth of his famously name son, John Fitzgerald Kennedy Jr., nicknamed “John-John” by the press as a child, JFK Jr born in late November 1960, 17 days after his father was elected. John Jr.

The “official story” is that JFK Jr., his wife Carolyn Bessette Kennedy  & her sister Lauren Bessette died in 1999 when the small plane he was piloting crashed en route to Martha’s Vineyard.  We will dig into these details shortly.

Now a bit of known history about John Jr. 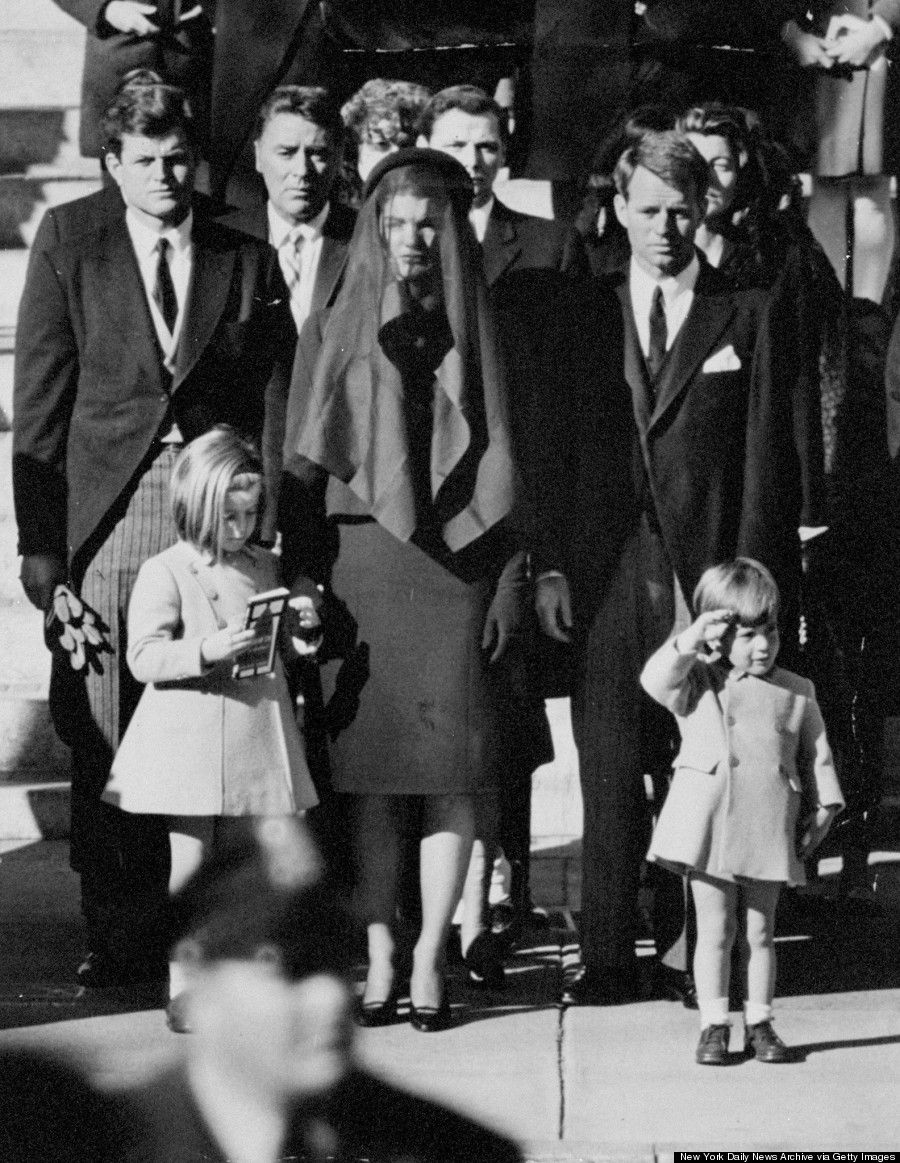 From his early childhood years at the White House, Kennedy was the subject of great media scrutiny.  However,  his father’s assassination on November 22, 1963, and the state funeral held three days later, on John Jr.’s third birthday was life changing.  One of the most iconic images our generation has is of John Jr saluting the passing flag-draped casket of his dear father.

John Jr. went on to became a popular social figure in Manhattan.  Linked to such beauties as Brooke Shields, Cindy Crawford and Sarah Jessica Party before marrying Carolyn Bessette, a publicist for Calvin Klein.  On September 21, 1996, they married in a private ceremony on Cumberland Island, Georgia, where his sister, Caroline, was matron of honor and his cousin Anthony Radziwill was best man.

Trained as a lawyer, Kennedy worked as a New York City Assistant District Attorney for almost four years. In 1995, he launched George magazine, using his political and celebrity status to publicize it.

On July 16, 1999, Kennedy Jr. departed from Fairfield, New Jersey at the controls of his recently acquired Piper Saratoga light aircraft. He, his wife Carolyn and her sister Lauren were traveling to attend the wedding of his cousin Rory Kennedy at Martha’s Vineyard, Massachusetts.  Carolyn and Lauren were passengers sitting in the second row of seats. Kennedy Jr. had checked in with the control tower at the Martha’s Vineyard Airport, but the plane was reported missing after it failed to arrive on schedule. 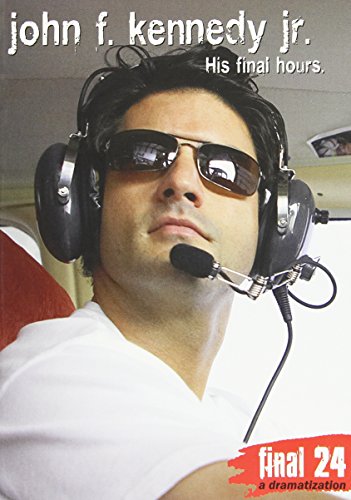 The search for the three ended in the late afternoon of July 21, when the three bodies were recovered from the ocean floor by Navy divers and taken by motorcade to the county medical examiner’s office.  On the evening of July 21, the bodies were autopsied at the county medical examiner’s office; the findings revealed that the crash victims had died upon impact. At the same time, the Kennedy and Bessette families announced their plans for memorial services. On July 21, the three bodies were taken from Hyannis to Duxbury, Massachusetts, where they were cremated in the Mayflower Cemetery crematorium. Ted Kennedy favored a public service for John while Caroline Kennedy insisted on family privacy. On the morning of July 22, their ashes were scattered at sea from the Navy destroyer USS Briscoe off the coast of Martha’s Vineyard.[2]

Below are known images of JFK Jr. that have been shared thousands and thousands of times. 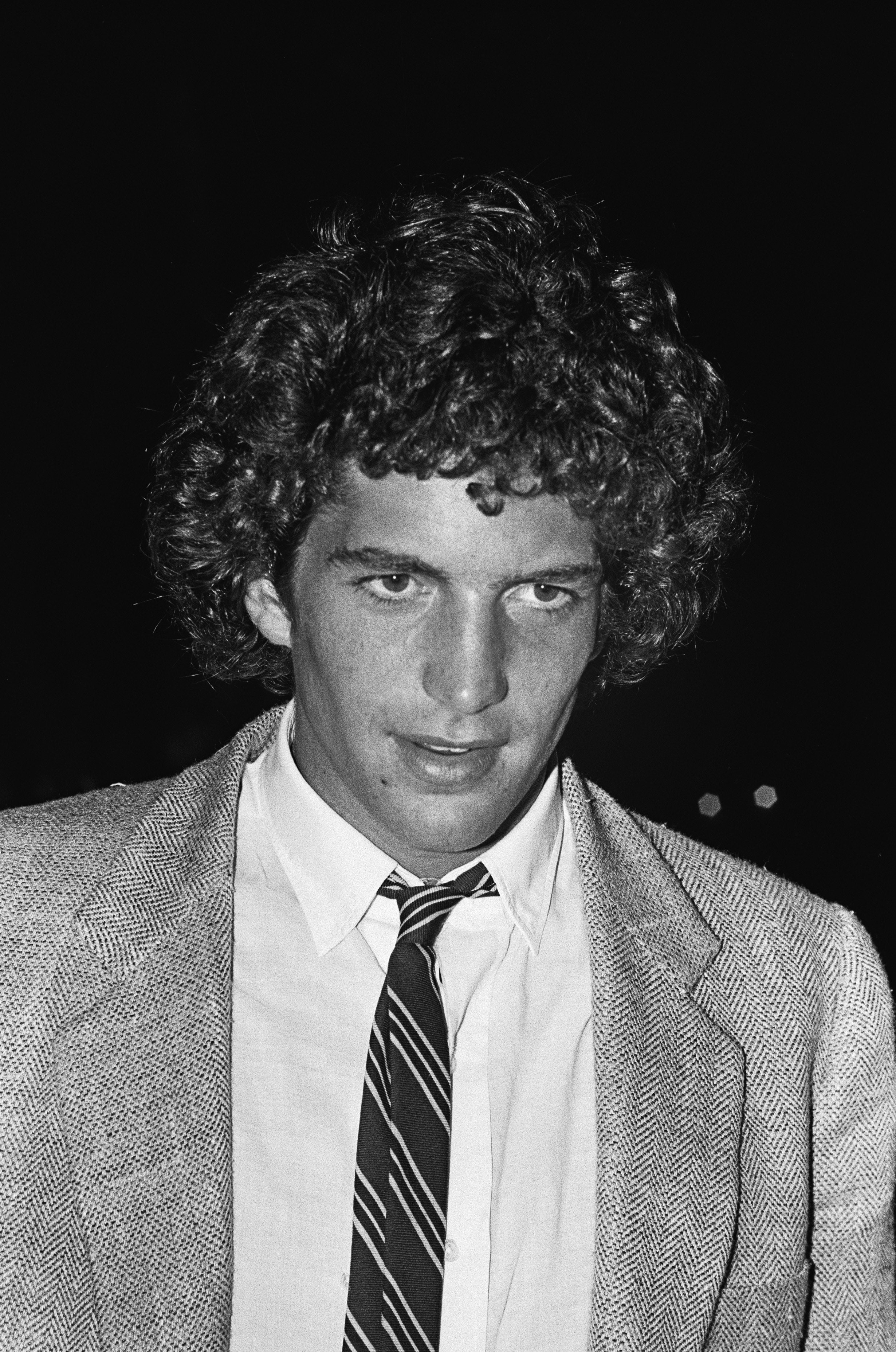 And JFK Jr.s only known tattoo is on his Right bicep. A curious choice to say the least — a dagger piercing the letter Z.  However the publication that it was featured in, indicates that it “may not be of the permanent variety” in their article.

The below autopsy performed on July 27, 1999 has No Mention of Dagger->Z tattoo though??

A comment from someone familiar with circumstances that JFK Jr and passengers found themselves in…. According to an article the water was 52 degrees. Bodies were in water approx 5 days. I work with the dying and dead. 6 hours at 60 degrees is max before decomp starts. From the studies done with pigs in BC nothing should have been left.   Now this raises another question stating that bodies were recovered in their entirety still buckled into their seats.