Patreon note: almost all of my posts here are patron-only, but I figured I should make a few public, so people can get some sense of what it is I do here. Patrons should expect my regular irregular service to continue.

Also please forgive any weird formatting on the images. Patreon is great at many things, but a functional text editor isn't one of them.

“Hey, we’re all going to XOXO Fest, right?”
“Yeah, I guess so.”
“We should run a demo of our Augmented Reality game there.”
“Uh. You know that’s in a week, right? And I’m working my day job every night that week?”
“Yep. You can totally build me a world in a week, right?”
“…totally!” 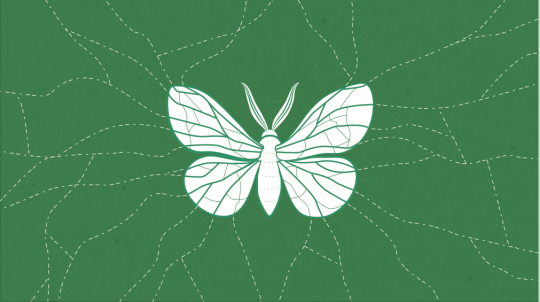 And so Limberlost was born. The story of M. Limberlost, reclusive lepidopterist, who spent his life in the woods with his beloved moths and in his cabin with his beloved books. And who just walked away one day, into the wilderness, never to be seen again. Now his thoughts have returned in the form of moths to haunt the bright flames of literature in Powells bookstore. The actual game was built by my friends at Aconite, and was intended as a proof of concept for a small part of the mixed reality storytelling platform they are creating. In this case, the game was something of a scavenger hunt, wherein an AR scan of an image in a book would give you a clue for the next book. 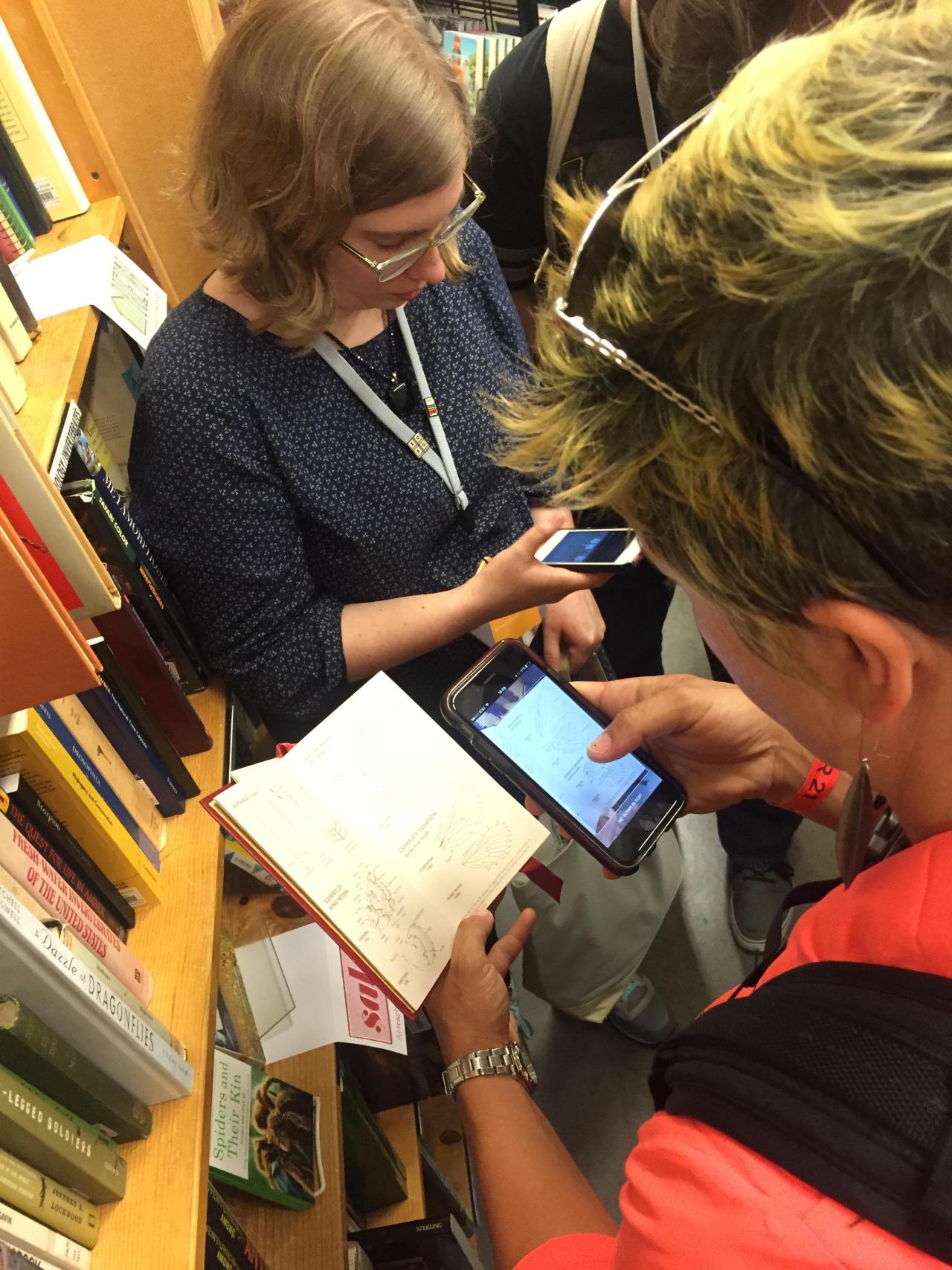 I wrote the conceptual framework, as well as the text that the players would see upon solving each clue. It was an interesting exercise, as the structure of the game made it so that players could enter the story at any point, but then proceed in a set order through all possible points. So it needed to be more or less linear, have no concretely defined beginning, but have a definite end. I think I did pretty well under the circumstances, but I’d like more time to develop the ideas. 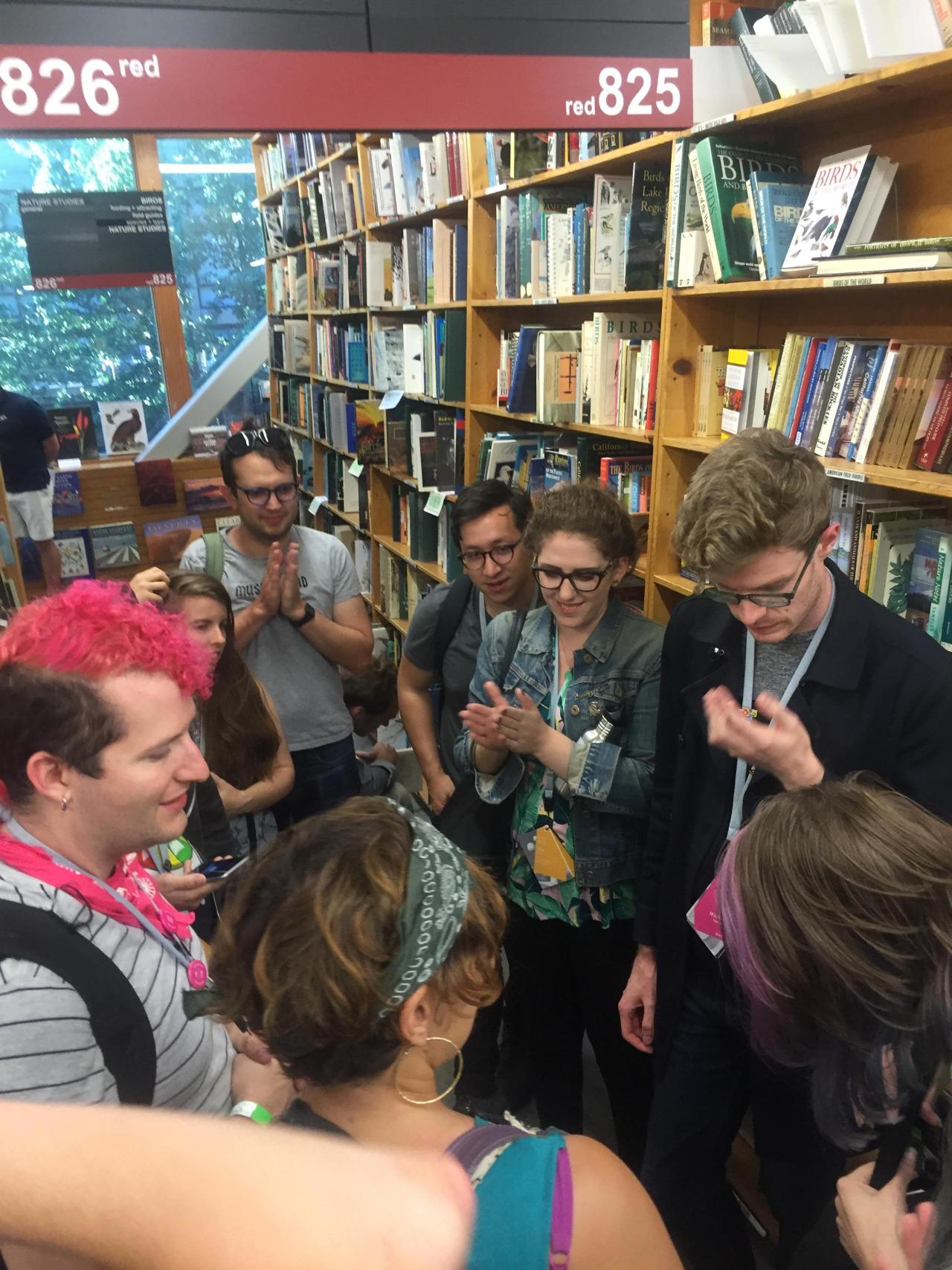 Which I think I will have, as the demo seemed to go well. We had planned on about 10 to 15 people showing up, but we underestimated the popularity of AR with the XOXO crowd, and instead we got nearly 50. So there were issues, but most of them were with scaling, and I don’t think the majority of the difficulties would actually happen in a real world game. I’m pretty pleased with the results.

Also I wound up being the interface between our group and an understandably perplexed Powells manager who wondered why there were suddenly 50 people talking very excitedly in the nature section, or, perhaps more distressingly, why a dozen adult nerds descended en masse on the children’s section looking for a copy of The Little Prince. 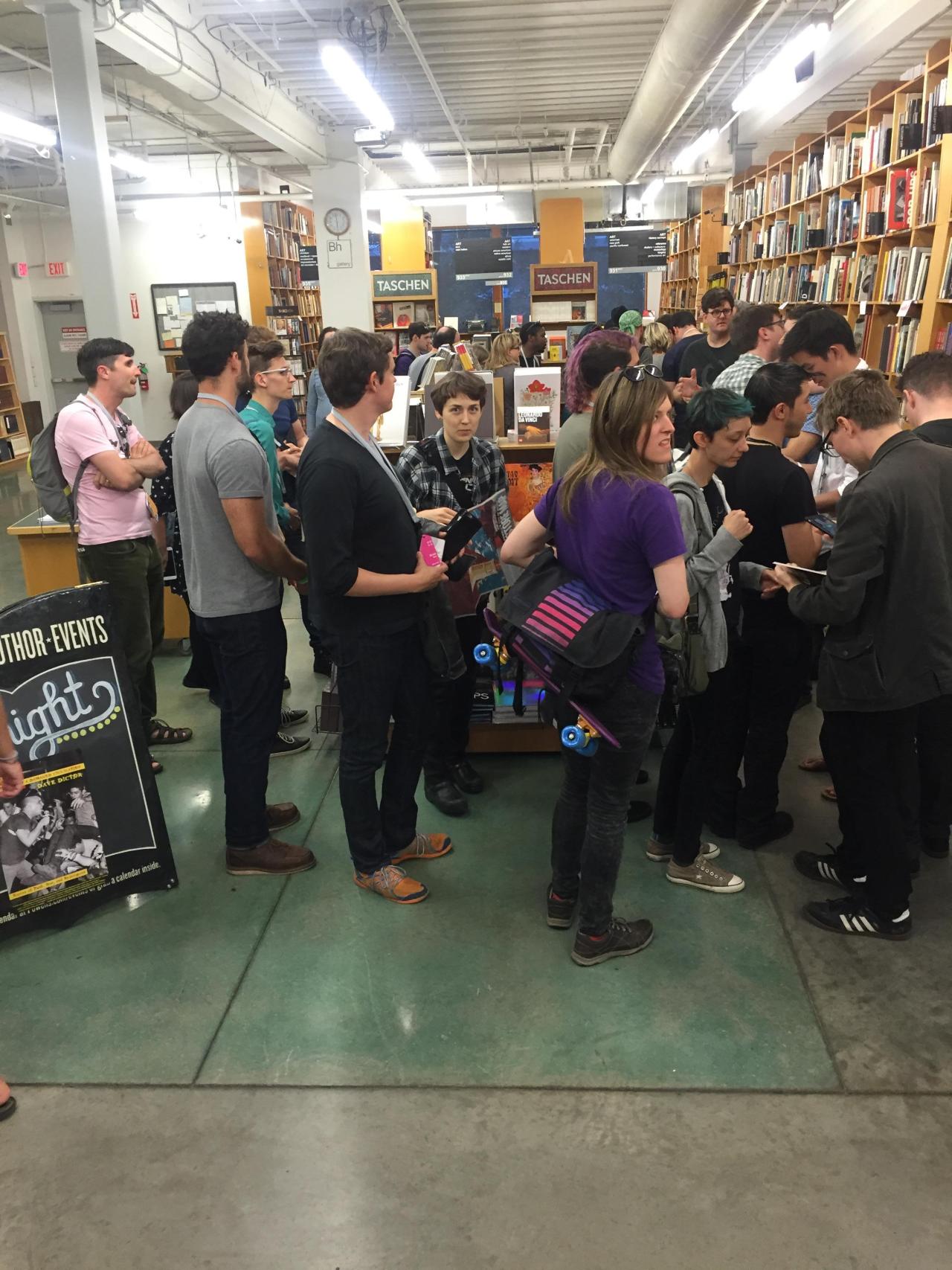 But the Powells staff was extremely helpful once they understood what was happening, and seemed excited about what we were doing. I suppose it was somewhat reassuring for someone to come in saying “we are from the Internet, we have brought this shiny new high tech thing, and it will make people look at books!” They probably don’t get that often.

So special thanks to Powells for putting up with us, and to Deb (I believe was her name, her staff very reasonably would not reveal personal details to someone who looks like me) for being especially cool about the whole thing.

If you’re interested in where we go from here, keep an eye on the Aconite website, wherein I’m sure more will be revealed in time. 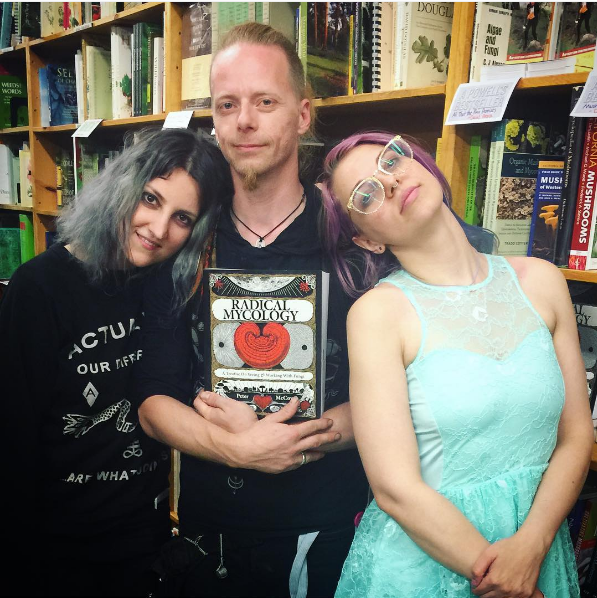