Hi, UA celebrates its first month today! It also means that the next release is right in a month.

For now the release date should be held, I'm a little behind on my schedule because of a bad estimatation of rendering time but I should be able to get by with a little bit of technique.

Anyway, In addition to what is already announced in the previous post, The Alpha 1.1 will contain the bennining of Abigaïl's Persuasion path and Alice's Discipline path.

The Persuasion path's mechanic of Abigaïl is as follows : 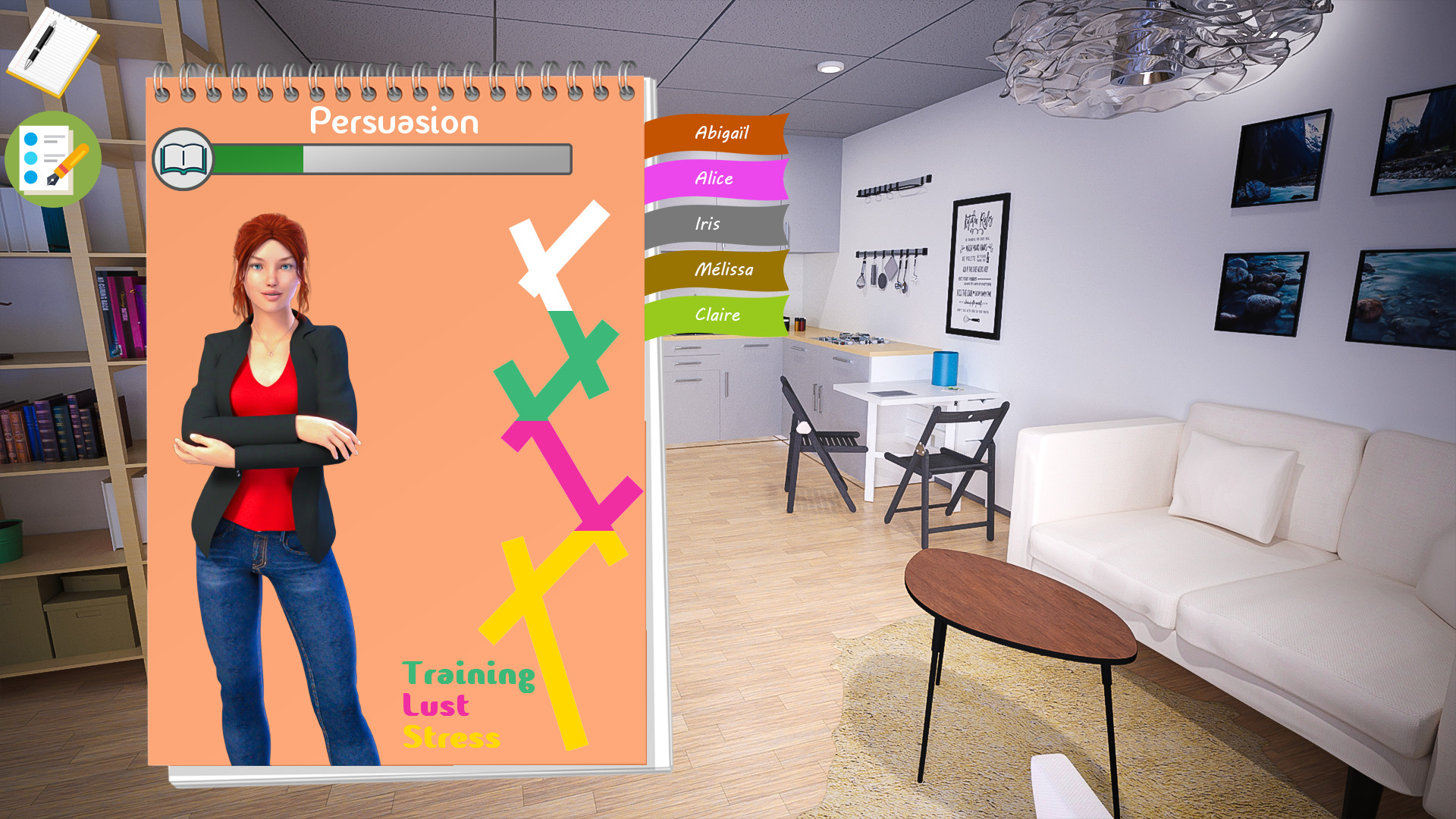 A bar that fills with 3 different elements.

The section filled with Training points will be consumed over time to change into definitive Training points (invisible stat) which will progress your relationship with Abigaïl.

At term, each character will have its own goals, so don't expect they to be always available for you. For exemple, as shown on the screenshot, Abigaïl has her own studies to manage, the less she progresses in her work, the less time she has to do something else.

You will of course be able to help her.

Now concerning Alice,  the Discipline path's mechanic is as follows : 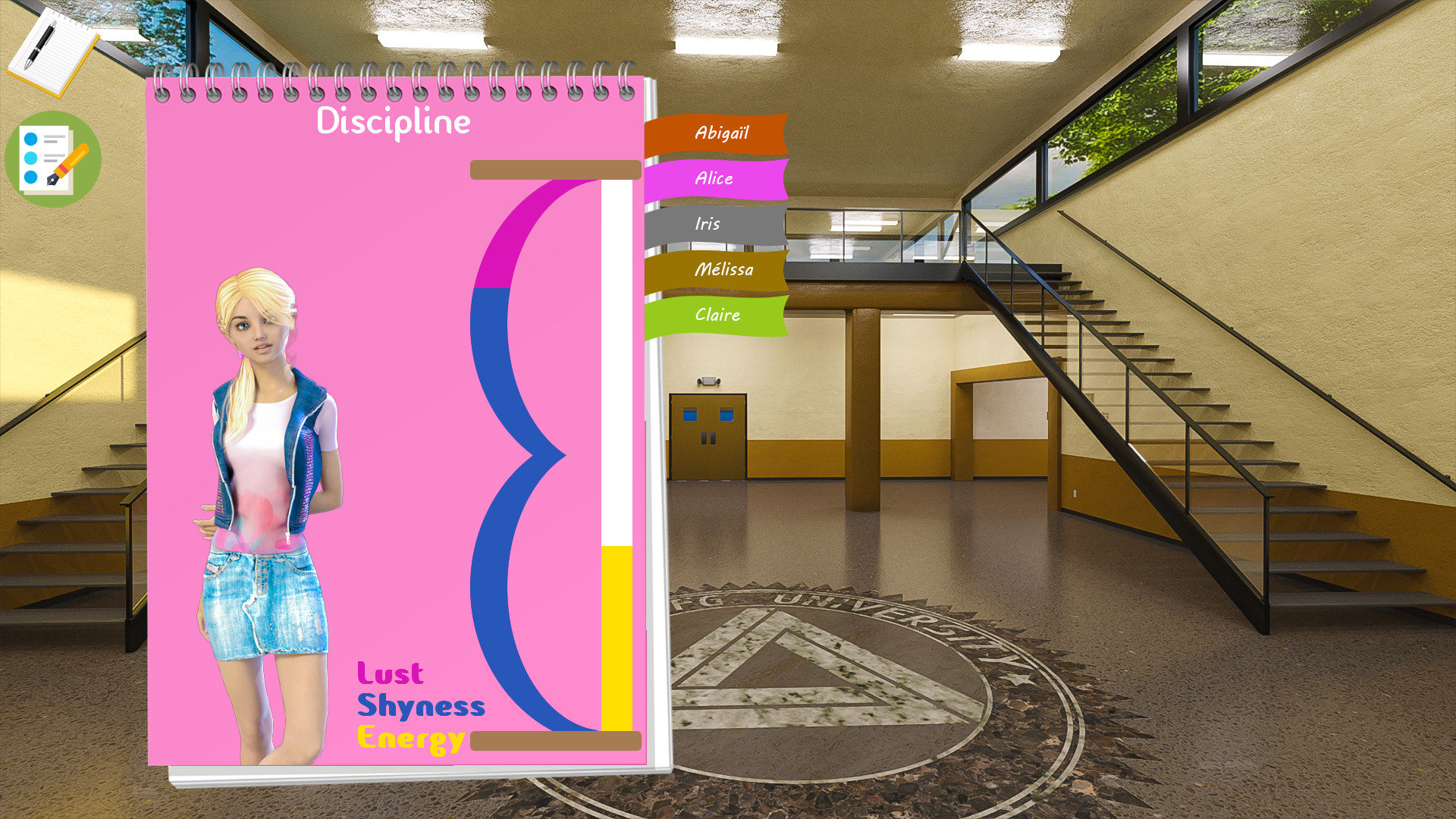 2 bars, one that opposes Lust and Shyness, the other that show the energy.

Some actions increase the Lust section, some (especially in public) are only possible from a certain low level of shyness and all cost energy. The more an action is repeated, the less expensive it becomes and from a certain point it can even unlock another action.

Some actions may ignore these rules but have a cost, you will see it by yourself ;) .

I also improved a bit the UI, the action button (which required an extra click not necessarily useful) is gone, the actions available in a location are now directly displayed on the UI : 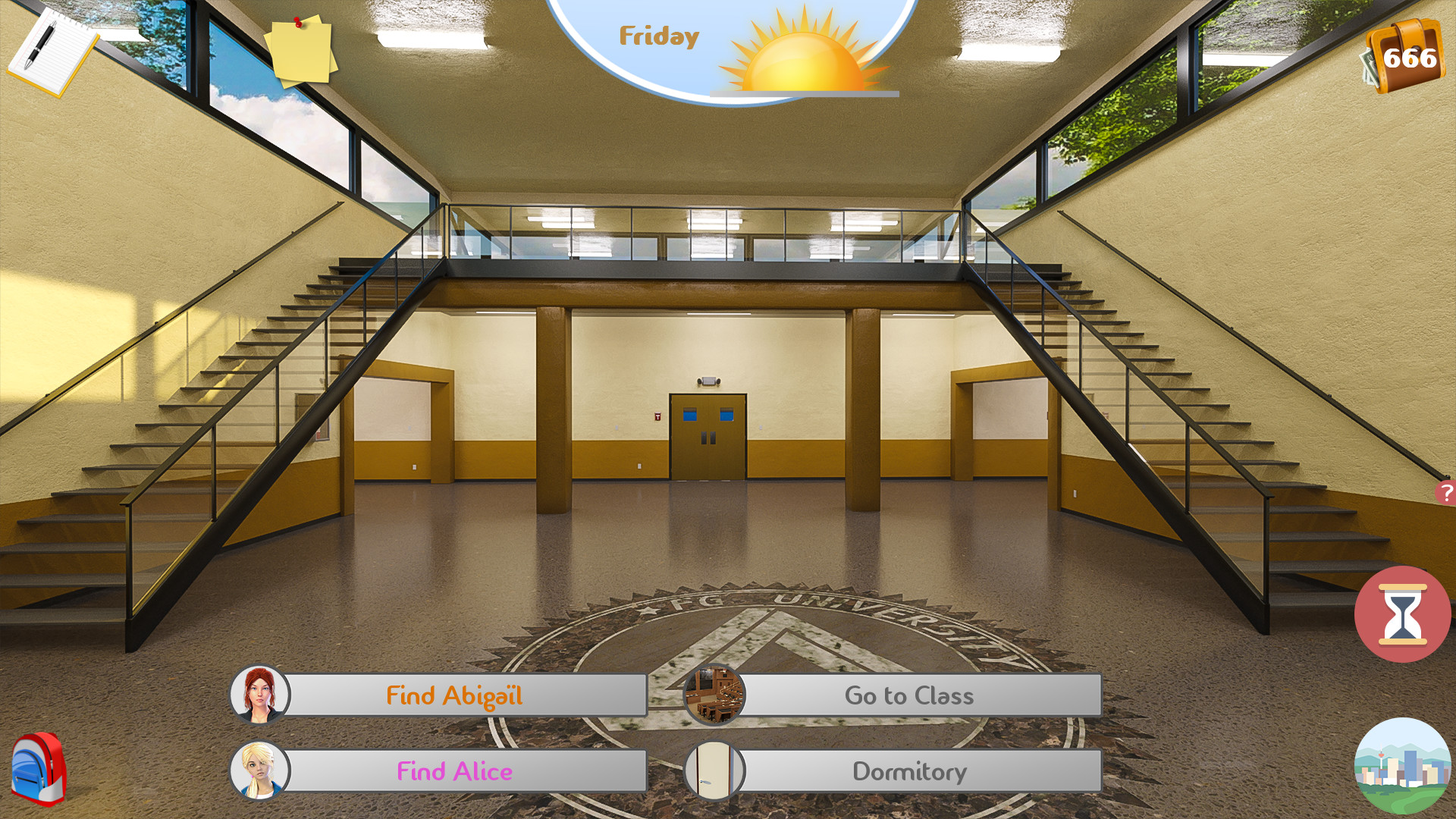 The gaming experience is definitely more fluid like this.

If you have ideas that could improve the UI, go on the Discord and tell me !