Skip navigation
We use cookies to improve your experience using this site. More information
Become a patron
Mar 21, 2020 at 3:56 AM
Personal Coronavirus Update 02 March 21st 2020

As I noted in my first update, I had decided that for both medical and visa reasons, the best place to be during the Coronavirus crisis was Thailand. Outside of China (the epicentre of this crisis), the world's governments have been dominated by the Neoliberal emphasis upon efficiency, with a total ignorance of the need for resilience as well in a complex system. I didn't expect any of them to be able to respond effectively as this exponential crisis exploded, so the safest thing was to go for the highest level of social isolation possible—and southern Thailand, below the major tourist spots, made sense on that ground alone. There was also nascent research implying that heat and humidity slow the spread of the virus. This is from the abstract for the paper:

This paper investigates how air temperature and humidity influence the transmission of COVID-19. After estimating the serial interval of COVID-19 from 105 pairs of the virus carrier and the infected, we calculate the daily effective reproductive number, R, for each of all 100 Chinese cities with more than 40 cases. Using the daily R values from January 21 to 23, 2020 as proxies of non-intervened transmission intensity, we find, under a linear regression framework for 100 Chinese cities, high temperature and high relative humidity significantly reduce the transmission of COVID-19, respectively, even after controlling for population density and GDP per capita of cities. One degree Celsius increase in temperature and one percent increase in relative humidity lower R by 0.0383 and 0.0224, respectively.

I had already started to make this inference from the statistics from the John Hopkins University site. Thailand began with the second highest number of cases to China, but the number of cases rose far more slowly than in the rest of the world. On January 31st, Thailand had 19 cases, while Australia had 9, the Netherlands zero, and the UK 2. The Netherlands recorded its first cases on February 27th, finishing the day with 2 cases; by this stage, Australia had 23 cases, the UK 15 and Thailand was still far higher at 40 cases. However, as of March 19th, Australia had about 700 cases, The Netherlands and the UK about 2500 each, and Thailand had under 250. This time series plot from my soon-to-be-released program Ravel illustrates the divergence of Thai data from the rest of the world—or rather the three other countries where I could have considered living during this crisis.

My partner and I arrived in Bangkok on Thursday March 19th, one day before Thailand started closing its border to non-nationals (my partner is a Thai citizen, though she hasn't lived here for over 25 years). One day later, and I would have had to continue on my own to Australia, which is mishandling this crisis as impressively as any other Western government.

We then flew and drove to Trang, which is south of the usual tourist spot of Phuket, and has mainly Thai visitors as tourists. 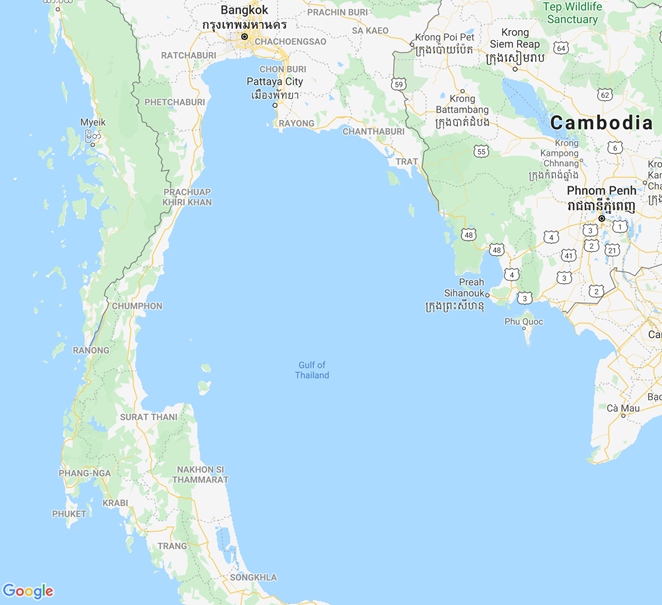 Even Thai tourists are thin on the ground now, as Thailand has wisely cancelled its annual Thai New Year holiday and festival. We went to a popular beach yesterday looking for potential places to stay for a year, and it was almost empty. 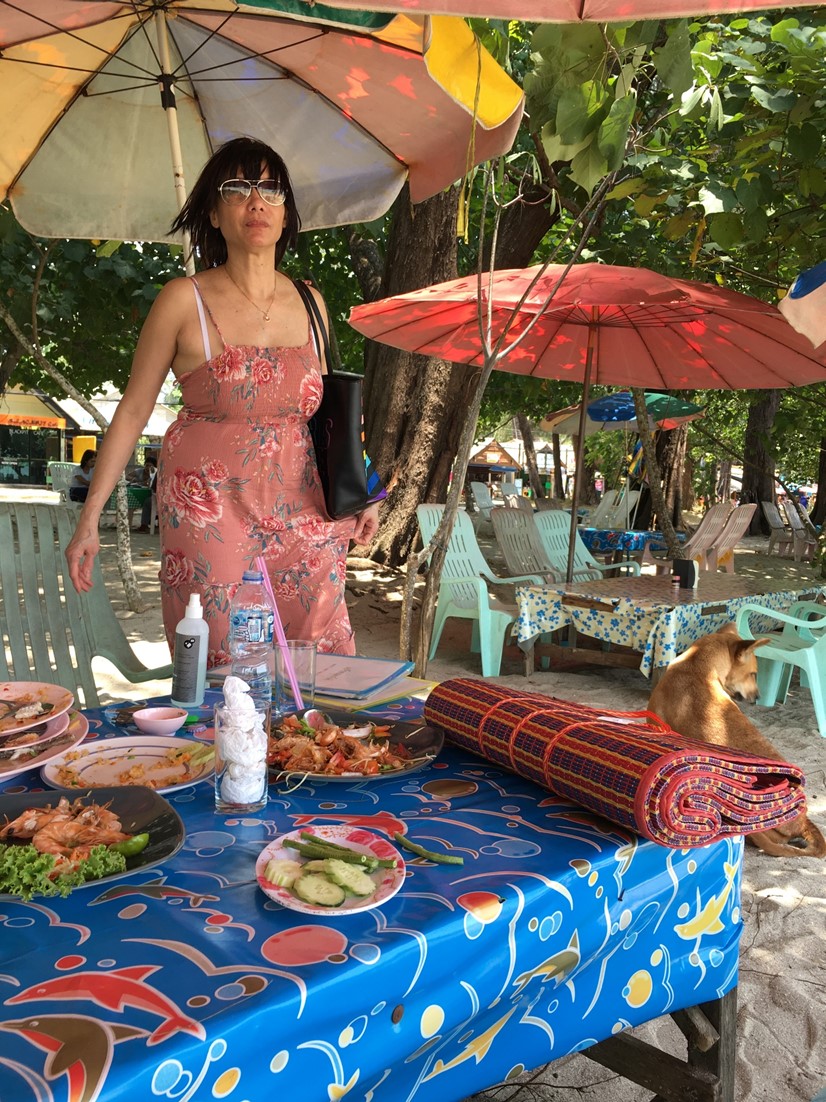 We're now looking for a house to rent here, for the year that I think it will take before there's any prospect of a post-Covid-19 "normal" developing.

The during-Coronavirus "normal" is the exponential growth of the infections, and the lagged reaction of authorities and the public to a crisis that can only be addressed by being pro-active. It is absurd that it has taken until now for the social and political powers-that-be to appreciate the scale of this crisis. Social isolation protocols and financial supports should have been in place two months ago: all large gatherings, from weddings up, should have been banned; preparations should have been made for military-regulated distribution of food, rather than the free-for-all panic buying the public has been forced into; and direct money payments to all citizens should have been made to enable financial transactions from rents and mortgages to household services to be paid for even when the virus forces people to cease working. We are seeing the collapse of a social order that does not understand itself.

Neoclassical economics bears a major responsibility for this pathetic state of affairs. It encouraged the emphasis upon efficiency over all other aspects of a complex society—especially, as we can now see, of its resilience. It lulled policymakers into thinking in equilibrium terms when there is nothing like equilibrium in a runaway exponential process like a new virus's transmission. We have a globalised supply chain that is incredibly fragile, thanks to the fantasy of comparative advantage running industrial policy across the West. Once I have settled, and before I catch the virus—because almost all of us will, given how fast it is spreading and how long it takes for a vaccine to be developed, tested, manufactured in global bulk (7.5 billion doses?!) and distributed.

In the end, I think this crisis will prove—at least to the citizens of China, and to a lesser extent other Asian nations which have a military and/or collectivist background—the superiority of their societies over those of the West. The West works brilliantly when things are good, and falls apart when they are bad. Its guiding philosophy of Neoclassical economics is a, if not the, major factor in this systemic fragility. This next graphic from Ravel indicates how well China has gotten on top of the outbreak, after the initial disaster of trying to suppress news about it.

Keep safe. Practice as close to total social isolation as you can. Prepare as best you can. Go on a rent strike and a mortgagor strike, especially if you can organize something through relevant political movements. Our governments have failed us in this crisis. They don't respond when renters and mortgagors become distressed. They do when landlords and banks cry foul. So let's trigger them into action by hitting them where it hurts.

Note: This post is freely available on my Patreon page www.patreon.com/profstevekeen. Support from my patrons lets me operate as an independent scholar, and they decided that they wanted my posts to be freely available to help communicate my ideas. Only podcasts have restricted access.