Skip navigation
We use cookies to improve your experience using this site. More information
Become a patron
Aug 12, 2021 at 7:16 PM
What I Learnt From Reading WARLIGHT

I read my first Michael Ondaatje book in high school. I studied IN THE SKIN OF A LION, and hated it, and hated everything my teacher assigned, and I wish it wasn’t so. I can see there definitely is my own cross to bear in this, but I did not connect with my teacher at all, and I don’t remember them ever being passionate about our reading list. I think they were, might have been, but it definitely didn’t connect with me. 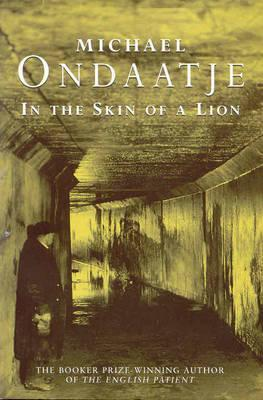 Which is a shame because for some reason, I reread ITSOAL after I graduated, and realised I loved this book. Maybe I just hated having to study it, maybe. But the book is a masterpiece, and WARLIGHT feels like a real companion piece for the shelf in so many ways, so I’ll dive into what those things are because I know I could use more in my work. 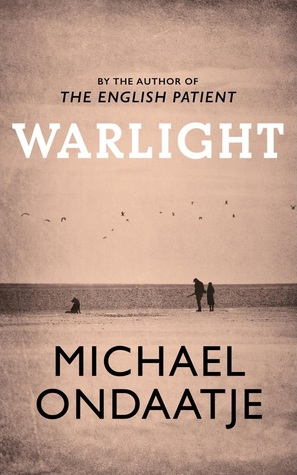 WARLIGHT is set at the end of WWII and is about two teens whose parents leave them on a work trip. The teens are given in to the care of some people they might be criminals, but it’s fine because they’ll just be in boarding school. Until they ditch out on that because they do not gel with the school system, which means they end up young and at home in England and hanging out with some low key shady characters.

That’s the set up, and it doesn’t sound like much - in the similar way that ITSOAL is about the workers who built Toronto - let’s be frank, there’s no hook, no central Macguffin of a lost laser gun, or a squid monster explosion. It’s just a story about...people. But that’s the magic, because Ondaatje seemingly gets how people tick.

In fact, his books read like people live in that they are erratic, cloaked in the mists of memory, and they are utterly captivating [which is the kind of person you should always hang out with].

In the end, both stories go off the rails from their blurbs - we get strange escapes, love is found and consummated and lost, crimes are committed. But it’s never about the genres of mystery or romance or crime, it’s just about the truth inside people. Ondaatje has a way of writing, a sense of the power of prose, that draws you into the smallest moments. I wish I could do more of that in my writing.

What I learn here is to make characters as nuanced and flawed and real as those who walk around us. To peek into their hearts by assessing how they hold a glass, that sort of good stuff. It sounds flowery, but be damned if it doesn’t hit like a sledgehammer when done well.

The other thing I love about both books is that they bounce around. They don’t stick in a scene too long. And sometimes you gotta work yourself to get a sense of where each scene fits. The narratives bounce around on the power of memory, and also within the boundaries of how memory works: it’s flawed, it isn’t linear, and you only really keep the stuff that hits with emotion.

Each scene only lasts as long as it needs to in order to give you the character driven punchline. There is definitely plot, but it isn’t really holding the steering wheel, it’s the stuff going by outside through the windows; the real thrust comes from slowly brushing the dirt away from these characters and understanding what makes them tick. It also works in a way where the journey has so many winding roads, that you never quite get a clear picture of many of the characters, and certainly not at any given time. As in real life, it’s rare we know everything, or can ever find some of the stuff we are looking for. People are a mystery, especially the parts of the past, or the parts they do not want to share, and to go looking can be like trying to look at a cloud and work out what it looked like a day before based on its current form.

I would love to write something that covers the history of a person’s love, or their greatest fear - or both, as they can certainly be entwined. To float through the Greatest Hits, and let the reader make little connections, would be a beautiful thing. It takes patience, and faith, but you end up with these little vignettes from one location and time to another that build a map of understanding.

Reading WARLIGHT reminded me I don’t need to cover the bridge between most scenes, i can write a story that takes place over years and we can assume either nothing integral occurred between for the purpose of my story, or the reader can infer it through glimpses of glances and glinting glasses in the galley - sorry, just got done teaching poetry and alliteration has been on the brain the past fortnight.

In the end, Ondaatje reminds me there are other ways to tell stories, and other “genres” to serve, and that one day I would like to be good enough to tackle something like this, whether it be an OGN or a novella.