Skip navigation
We use cookies to improve your experience using this site. More information
Become a patron
Feb 13, 2018 at 7:14 PM
Year of the Wolf
This week, in the Chinese Zodiac, we enter the Year of the Dog.

In North America, on dogs' own terms, 2018 is year of the canis lupus and canis latrans — coyotes and wolves.

Once upon a time, when they lived on their terms, wolves roamed this continent coast to coast.

Generations of insecure, resentful humans annihilated them from much of the land.

But then they returned, to howl at the moon once more. At least a measurable portion of the Great Lakes wolves' DNA has changed the Eastern coyotes, making the coyotes bigger, stronger, and perhaps more dangerous to us than the ones who first came into the void left by banished wolves.

..are now the apex predators of eastern North America. A biologist with the U.S. Forest Service Southern Research Station noted that South Carolina coyotes act as a natural check on local deer populations. Perhaps a similar effect could occur widely, if coyotes weren't under attack everywhere they go.

No, I won't be posting pictures of canine victims in traps — the body-gripping traps, the traps filled with chemical poisons, the traps of controlling keepers, the traps of training, breeding, and subjugation. Such graphics abound. Let there be more images of freedom, of dignity. 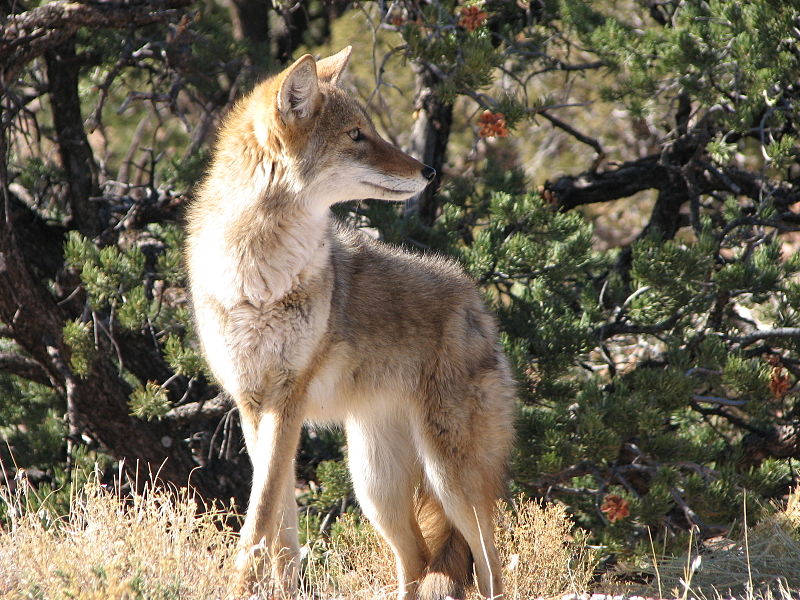 I have loved individual dogs more than words can express. That same love presses me to ask: What I can do to achieve respect for them?

Becoming a vegan, for me, included a mental coming-of-age. It meant understanding domestication as the artifice of turning of free communities into breeds.

And then we turn what's left of those original, untamed communities into endangered species.

In their way, the household dogs do, I think, protest. While we rarely  hear of a human injury from a free-living wolf or coyote, purpose-bred dogs, who cannot get away from us, can send thousands of us to hospitals every year. And around 19 U.S. residents die annually after being bitten by dogs. (During the same period, we will condemn more than a million dogs to so-called euthanasia at so-called shelters.)

The Year of the Dog begins in the week of Valentine's Day in 2018, but should we romanticize our collective relationship with dogs?

Or should we instead observe that the ancestors of our breeds, once upon a time, had their own communities, their own customs, their own roles on Earth? And will that mindfulness lead us to challenge our custom of taking them away?

Let's explore where the Year of the Dog might take us, if the dogs themselves might lead.

As a work created as part of an NPS employee's official duties, the coyote image is a work of the U.S. government and in the public domain.

Dog bite stats here (2009). I'd like to provide a newer link. Updated source welcomed in the comment section.