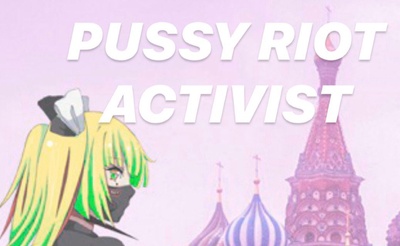 $3
per month
Join
hi sisters, brothers and non-binary relatives! it means a world that we're not alone and supported by you. we don't live according to capitalists principles so GIVING MORE DOES NOT MAKE YOU AN ETHICALLY BETTER PERSON. what we want to do is to 1) survive 2) build a meaningful community 3) share ideas and our news with you. welcome! 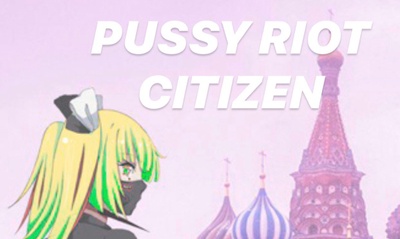 $5
per month
Join
welcome! we share our tour dates and tickets with you first; and we're stocked to share with you glimpses into our creative process, you'll see our intestines and will become a part of them. as you go deeper you can influence our our politics and decision-making more - we carefully read all your messages! 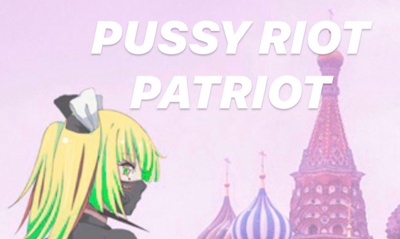 $10
per month
Join
hey beautiful comrades! in addition to everything that's listed in previous levels, you get to listen FIRST to our new songs and watch music videos FIRST; you also see our educational video blog posts 24 hours before the whole world sees it.

Hi, it's Nadya Tolokonnikova here, a founder of Pussy Riot movement. I do political art since 2007. I served 2 years in a Russian jail.

Pussy Riot does not serve labels / ANY corporations. Our only constituency is you, girls, non-binary folks, and guys. We don't rely on anybody else but you. If you like Pussy Riot's art, if you want us to keep being a pain in the ass for the world's governments and elites, consider supporting us.

$ is used for getting equipment, renting studios, paying people who work on our projects, supporting the needs of arrested Pussy Riot members (we're getting arrested quite often).

Art is not a mirror held up to reality but a hammer with which to shape it.