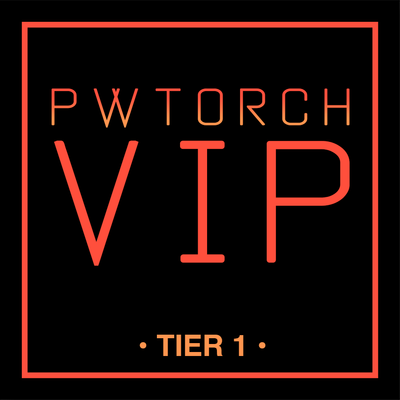 You also won't be left out of the VIP Aftershows, which often follow the free version of the WKPWPs and Dailycasts.

We also will surprise you with one or two bonus episodes from our PWTorch VIP "Tier Three" level of VIP-exclusive podcasts per week. It could be a Bruce Mitchell Audio Show, Wade Keller Hotline, On the Canvas with Zack Heydorn, Podcast of Honor, a PPV Roundtable, an NXT 8 Years Back, The Fix with Todd Martin, or another of our wide array of VIP-exclusive podcasts.

(NOTE: All VIP memberships on Patreon give you access to these included VIP ad-free podcasts on the native Apple Podcasts App on iPhone through the Patreon podcast feed generated just for you when you become a member. You can also use just about any third-party apps on your phone such as Downcast, Dogg Catcher, Beyond Pod, etc. Of course, you can also stream them right from your PWTorch VIP Patreon home page.)
PWTorch VIP - Tier Two 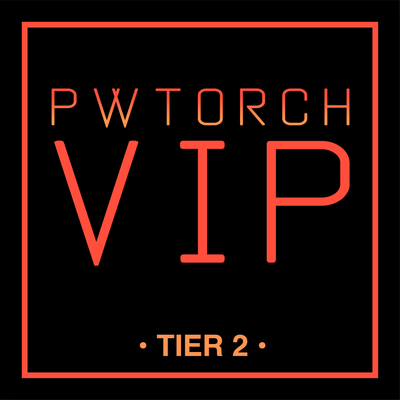 The Wade Keller Hotline has been published every day without a skipped day for over ten years. Wade has been covering pro wrestling since the late-1980s and has interviewed on-record and talked on- and off-record with hundreds of pro wrestlers, promoters, announcers, bookers, and others to gain valuable insights into the wrestling business, but unlike those who work within the wrestling industry, he doesn't feel pressure to play favorites, protect future job prospects, shield friends from due criticism, or spin anything. Every morning in your podcast feed, Wade will keep you up to date and provide insight and perspective only he can.

The WKH format varies day to day. It includes Keller's detailed reviews start to finish of Raw, Smackdown, Dynamite, and WWE and AEW PPVs the night of the shows with his analysis of key segments, matches, and commentary. It's a great way to catch up on the show if you didn't get to see it or hear Wade's thoughts on the key segments and matches even if you did watch. It's a good "primer" for the Wade Keller Pro Wrestling Post-shows.

Another popular format is "Ask the Editor" roughly once or twice a week where Wade talks about a wider range of topics suggested by VIP members than you hear on the free shows, including history, theoretical ideas, booking brainstorms, behind the scenes stories, and more.

Also, Wade's news updates on many days breaking down not only the headlines you may or may not have caught online, but insider insights, analysis, and additional details plus exclusive breaking news. VIP members can keep up on the big stories with the WKH throughout the week and also get Wade's analysis to put them in proper perspective and sift through any misconceptions, propaganda, and b.s.

This tier will also include at least two "bonus" VIP shows that are otherwise exclusively part of "Tier Three" such as The Fix with Todd Martin & Wade Keller, Bruce Mitchell Audio Shows, NXT 8 Years Back, Post-PPV Roundtables, Torch Talks, among others.

(NOTE: All VIP memberships on Patreon give you access to the VIP podcasts on the native Apple Podcasts App on iPhone through the Patreon podcast feed generated just for you when you become a member. You can also use just about any third-party apps on your phone such as Downcast, Dogg Catcher, Beyond Pod, etc. Of course, you can also stream them right from your PWTorch VIP Patreon home page.)
PWTorch VIP - Tier Three 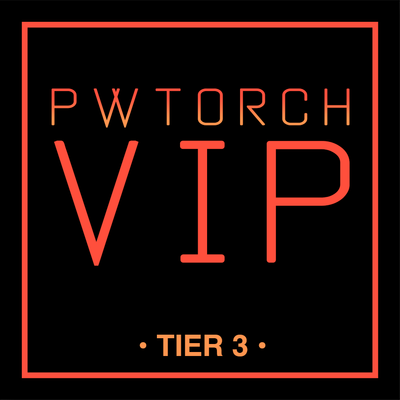 $9.99
per month
Join
With "Tier Three" membership, you get access to everything you get in Tier One and Tier Two plus:

It's worth adding, if you are particularly interested in full access to the 30+ years of accumulated PWTorch VIP archives in addition to the VIP podcasts, we'd recommend supporting us instead through a direct subscription at pwtorch.com/govip. It includes everything in this membership level for Patreon, except for Apple Podcast App compatibility (but *with* compatibility with many third-party apps on iPhone & Android.)

(NOTE: All VIP memberships on Patreon give you access to the VIP podcasts on the native Apple Podcasts App on iPhone through the Patreon podcast feed generated just for you when you become a member. You can also use just about any third-party apps on your phone such as Downcast, Dogg Catcher, Beyond Pod, etc. Of course, you can also stream them right from your PWTorch VIP Patreon home page.)

Thank you for checking out our PWTorch VIP Patreon page. I'm Wade Keller, and I founded the Pro Wrestling Torch Newsletter back in 1987 when I was a junior in high school. I've been covering pro wrestling as my sole occupation full time ever since, building a successful business.

Along the way, I've been fortunate to interview dozens of pro wrestling's biggest names in long-form interviews, I've been a recurring guest analyst with Steve Austin and Jim Ross on their podcasts over the years, and I've covered pro wrestling biggest news stories for the last 30+ years.

One of the signatures of the Torch brand of pro wrestling coverage since day one has been bringing together diverse voices with different perspectives and various areas of passion and expertise - and presenting those voices in whatever the medium of the day has been (be it paper copy newsletter, 900 lines, on-camera DVD interviews, YouTube videos, websites, apps, podcasts, social media, and on and on.)

It's great to bring what we do to Patreon, a terrific place for podcasters to find a new audience and allow their existing audience to support them and be more connected. That's what I'm looking to do here with Patreon.

So check out our tiers and support us if you can. I'll continue to do what I do, presenting an honest, independent, hard-hitting journalistic-approach to my coverage, while bring together a great group of contributors to present you with a comprehensive and fun mix of formats as we cover today's pro wrestling scene, with the benefit of knowing its history and covering it full time for over three decades.

If you become a PWTorch VIP "Tier 3" supporter, you can even get a digital PDF download and all-text version every week of the new editions of the Pro Wrestling Torch Newsletter in addition to our vast podcast offerings. The 12-page newsletter includes a lot of my writing exclusive to the newsletter - news stories and editorials - along with top-shelf columns from our staff of writers.

Welcome, and thanks for checking out our work.