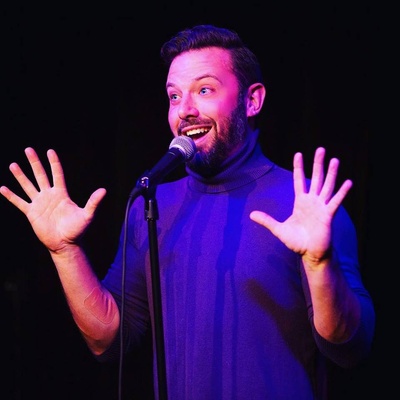 Queerball Comedy shows typically have a $14 ticket price, and 0% of those ticket sales go to paying the artists or comedians. So, maybe you can't make the show due to geography or something else, but you'd still love to show your support! This is just like buying a ticket every month, but, in this case, your entire $14 will go to the artists and comedians! Thanks, buddy!

Let me pay a queer performer!
$40
per month
Join

While, sadly, most comedy clubs in NYC do not pay comedians for their performances, the ones that do typically pay anywhere from $20-$40 per comedian, per show. Your $40 will make sure that at least one performer per show gets a little cheddar for their set!

In the summer of 2016, the tragic shootings in Pulse Nightclub in Orlando, Florida, rocked the entire world, but specifically, LGBT+ and queer people all over the world were left scared, afraid to go out, and desperately in need of support and community.

Feeling scared and helpless himself, Timothy Dunn, a comedian and performer at The Upright Citizens Brigade Theatre in New York City, decided that he had to do something. As a queer performer, he was all-too-familiar with being asked to "tone down the gay stuff" in his own comedy, as many non-queer comedy clubs feared ostracizing their typical, non-LGBTQ+ crowds. There really just weren't many spaces in NYC where queer comedians and performers could show up and do whatever material they wanted to do, and there certainly weren't those spaces at any of the big comedy hubs in NYC.

And so, that summer, and with the blessing of then-UCBT Artistic Director, Shannon O'Neill, Queerball Comedy was born. Queerball Comedy was to be a safe space for all LGBTQ+ comedians (and their friends and allies!) to take to the famous Upright Citizens Brigade Theatre stage and to perform their material, their way, for an audience that was there to embrace and celebrate them just the way they were.

Three years later, Queerball Comedy has become a mainstay in the NYC comedy and LGBTQ+ communities, with our monthly shows having showcased over 400 queer comedians to date. And the future is just looking brighter and brighter, baby. :)

Why a Patreon?
To date, no one associated with Queerball Comedy- the producers, performers, writers, or hosts - have ever been paid. So, we would like to take matters into our own hands and change that!

100% of the funds raised by our Patreon supporters will go towards paying our comedians and our performers for appearing in our shows!

We also plan on using these funds to bring our particular brand of queer comedy all over the world by:
Truly, our creativity and the sky are our only limits! Join us, buddies!