Hi! My name is Mo and I'm making a video game called Queer Quest. It is a queer-as-fuck point-and-clit adventure game, and this Patreon is to help cover creation costs (primarily art/animation and music).  There's already a working demo that has been shown at a few conferences (ranging from XOXOFest to Portland Retro Gaming Expo), and we're on Steam Greenlight, but there is still a ways to go before the game is finished!

About the Game
Queer Quest is a queer-as-fuck point-and-clit adventure game. Inspired by classic gems like Monkey Island, Kings Quest, and Leisure Suit Larry, but set in a queer community in the pacific northwest. You play as Lupe, a long haired butch with a heart of gold. She lives with her babely girlfriend, Alexis, that is until one day when Alexis gets kidnapped! You gotta help Lupe by deciphering clues, talking to lovable weirdos, and navigating self care.

"Queer Quest is another entry into the burgeoning landscape of queer games, and with any luck, others will soon be naming it as their inspiration too." - Kill Screen

"Never in our wildest dreams did we think we’d be playing a video game about our actual lives! We’re so ready." - Huffington Post

"I met the developer of this game at XOXO. I was fascinated and intrigued." -Ron Gilbert (Monkey Island 1&2, Maniac Mansion) 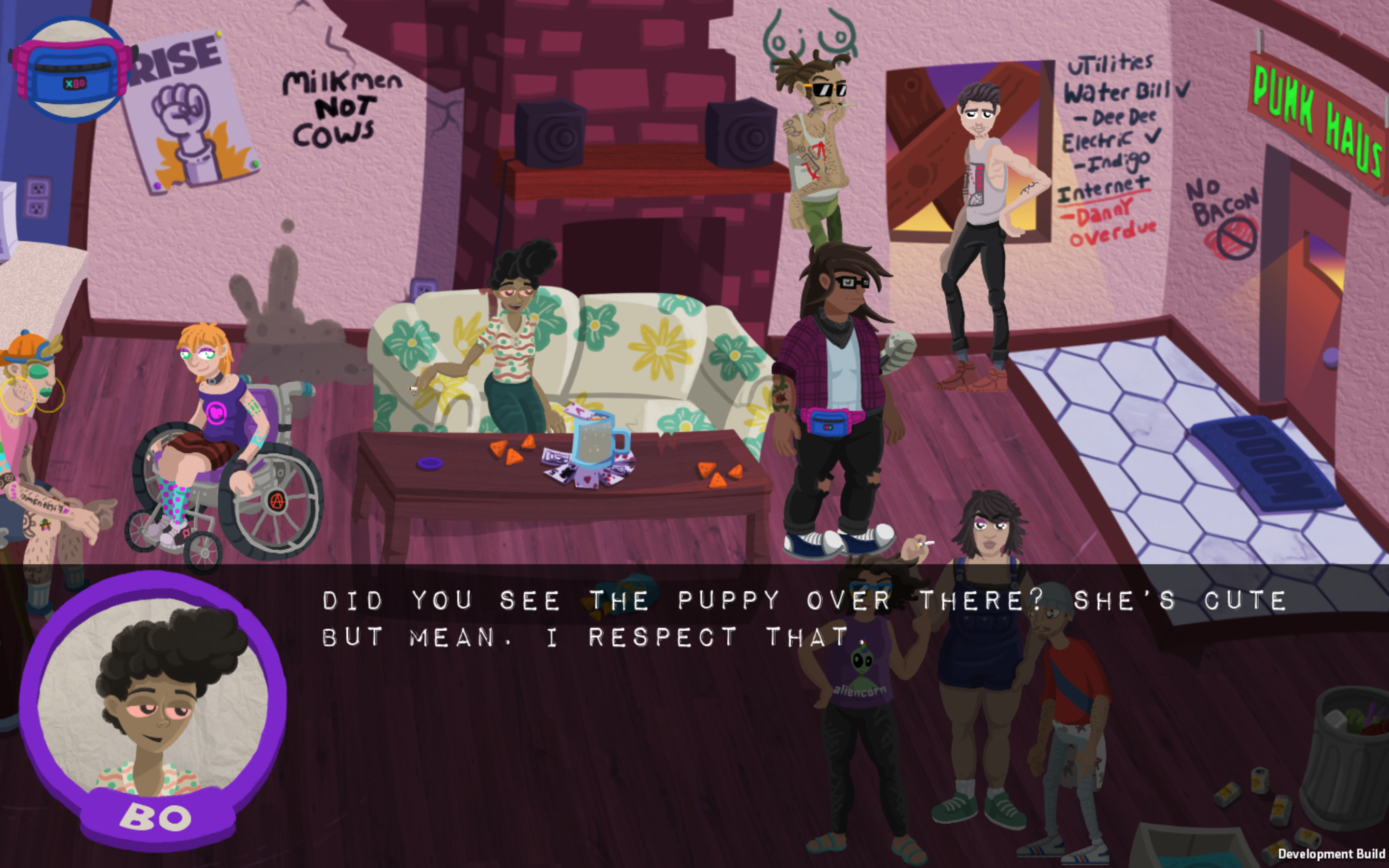 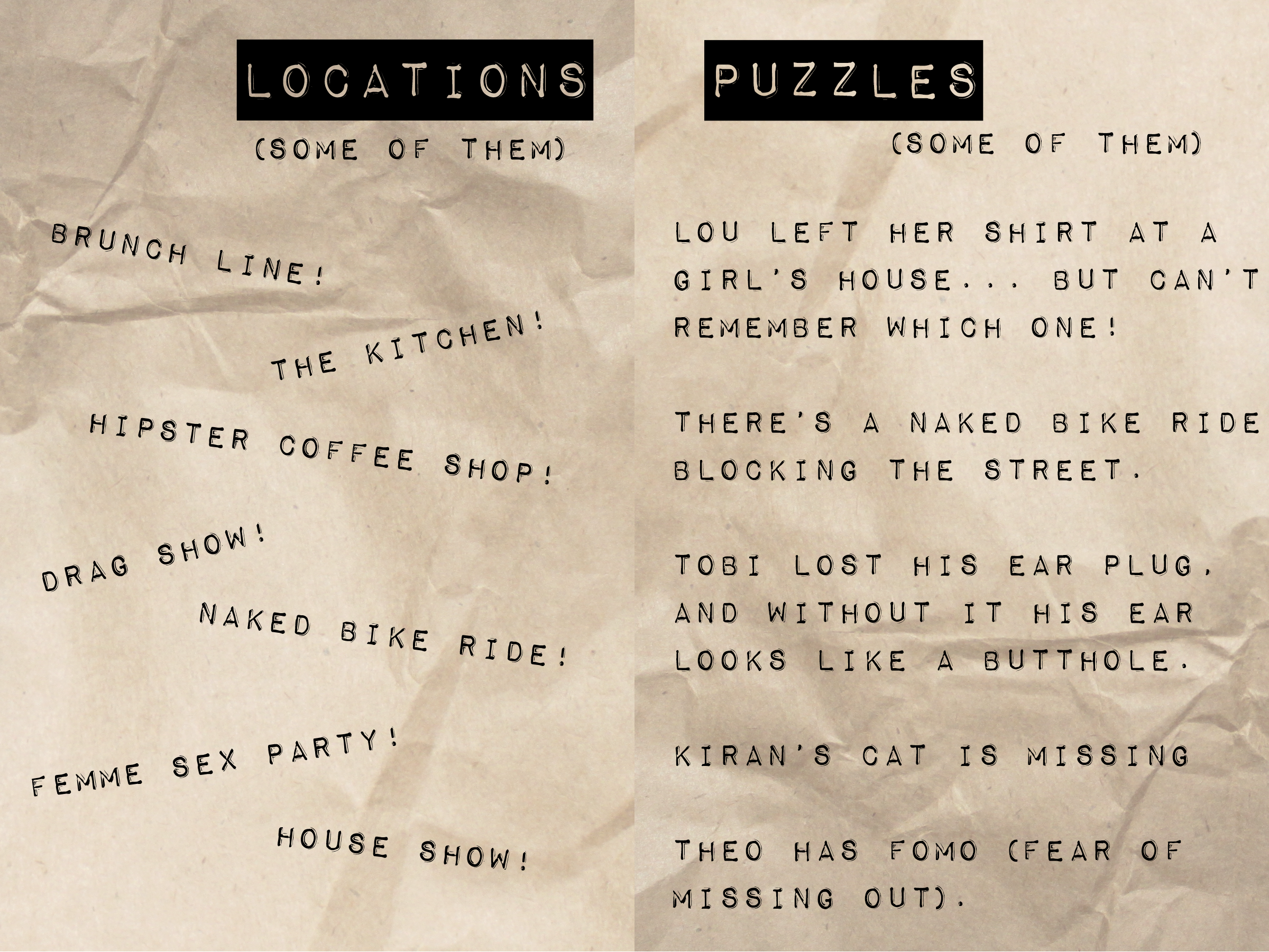 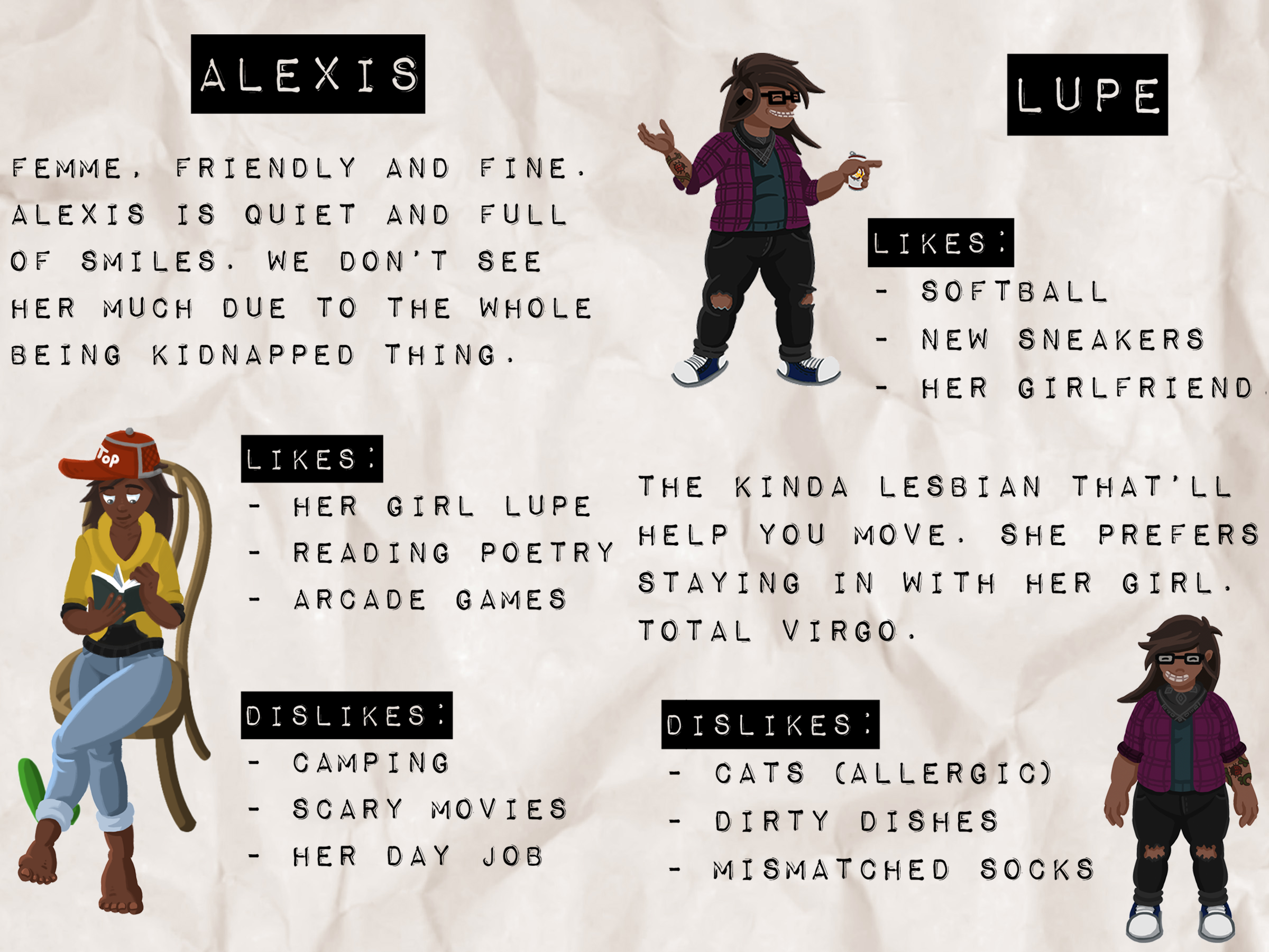