Show of support for Freedom of Speech

$2
per month
Join
Support Free Speech by supporting The Quiggin Report’s open public analysis of the important issues related to terrorism that politicians, media and tech companies actively censoring all of us. 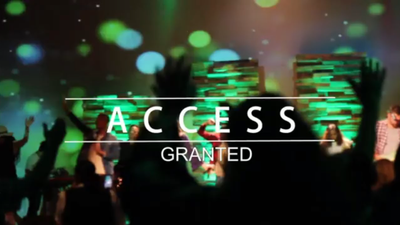 $5
per month
Join
Early access to new episodes of the Quiggin Report prior to release on main stream platforms. Including The Qatar Papers and two new special access intelligence programs to be released in 2020. 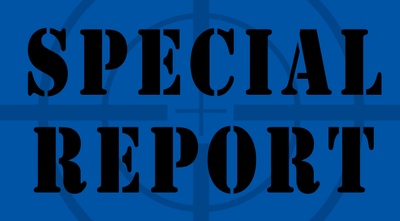 Includes:
[Tier 2] Early access to new episodes of the Quiggin Report prior to release on main stream platforms. Including The Qatar Papers and two new special access intelligence programs to be released in 2020. 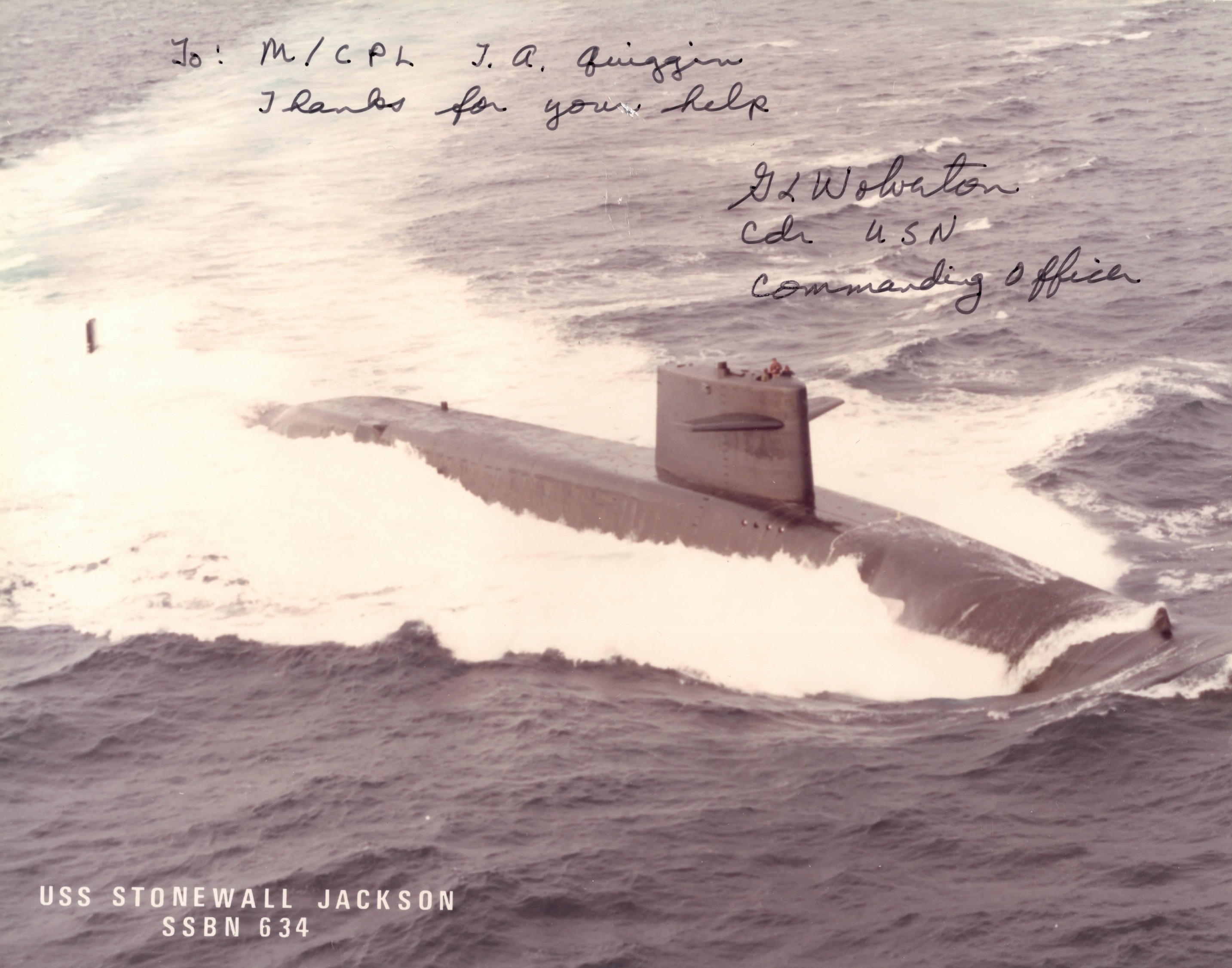 " />
We can't do this without you... From years of experience, Tom knows that the best way to fight for our freedoms is knowledge. For this podcast, Tom is on a mission to bring you the most up to date and accurate information. To do this we need your help to support the show and share with your networks Tom’s insights, ideas and experience. This way we can keep the show independent and out of the control of the very organizations that wish to distort the truth.
In our ever-connected world it’s important to be able to provide unfiltered, unedited insights and evidence. This is exactly how Tom presents his expert analysis and data to countless courts, intelligence agencies, military personnel, and now with this podcast, you!

This is your chance to contribute and actually support the production of a podcast dedicated to help open people’s minds to the real truth based on critical analysis and facts from an expert.

Many people have already been drawn in to embrace antithetical ideas, through reasons that perhaps on the surface seem logical and appealing, but are founded on false information and motives. These same people would likely reject these ideas on recognizing the undeniable and evidence backed truth which Tom is providing here.

It’s important to understand that on the whole those who currently support issues such as censorship, are well intentioned. However, they fail to see the consequences or understand the many grave concerns our security forces are currently faced with.

To win this battle, people need access to the truth and the evidence to support it. Tom is providing it to you all here, so we encourage you to share it.

We are honoured to have you as a listener of The Quiggin Report and we promise that despite our google ban prior to launch, this is just the beginning.

Becoming a Patron means making a monthly contribution towards the podcast. This is similar to a Netflix’s subscription, only that access to our material is free, and by showing your support you become part of our team to create this important content.
It is important to remember that the content shared on The Quiggin Report are also Tom’s professional recommendations to legislators and government representatives. With your support for the show these parties can clearly see you share their concerns, and they should not fear to speak openly and honestly about many of the sensitive topics covered on the podcast.

If you share our interests and concerns please help in bringing them to the attention of people across the globe. We understand that many of you cannot be seen to be vocal due to your chosen career, family beliefs or peers. However, you can still join the fight by helping us lay the path for others in similar situations and legislators fighting stigmatization and public shaming tactics of the far-left Islamist and secular Islamists lobbying to quash free speech and free ideas.

Sign up anonymously on Patreon right now. Help us continue this fight for all of our freedoms and civil liberties now, and for future generations to come.

A former Senior Fellow at S. Rajaratnam School of International Studies at the Nanyang Technological University, Singapore, he has 30 plus years of practical intelligence experience in a variety of positions including the: 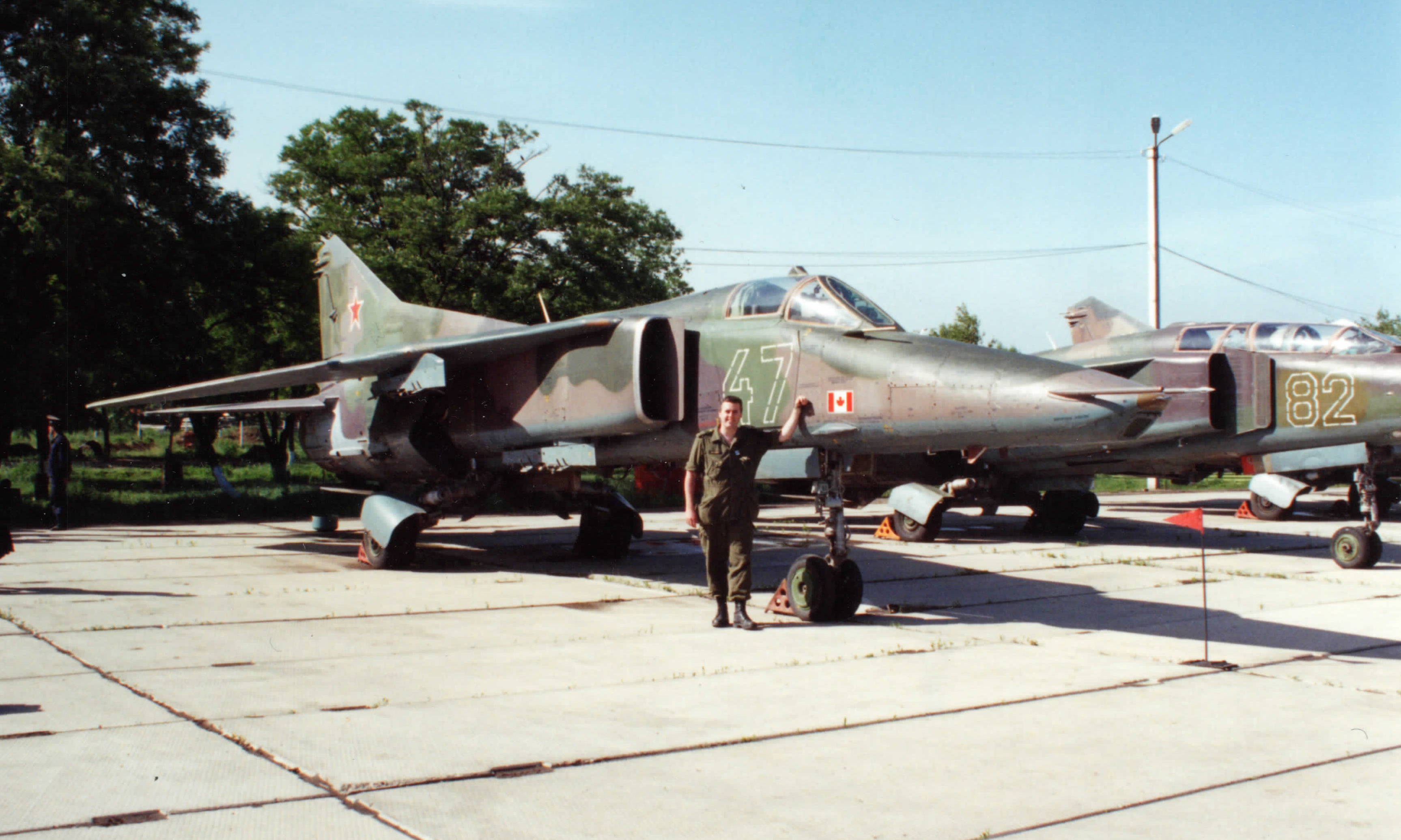 In addition, Tom was a qualified arms control inspector for the Conventional Forces in Europe Treaty and the Vienna Document. 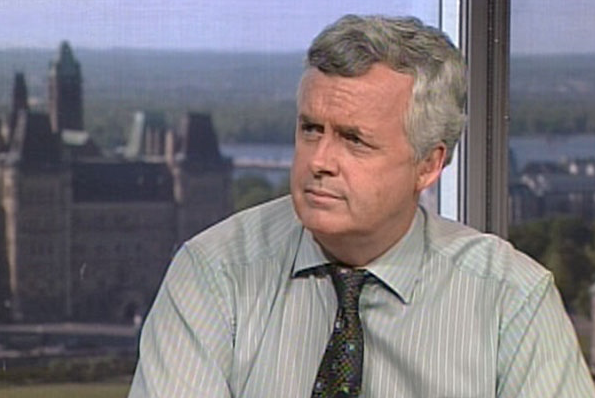 Considered one of the leading experts in his field Tom has testified on multiple occasions to Senate and the House of Commons Committees as well as a Royal Commission (Air India Inquiry 2007). He has also provided testimony to the Special Senate Committee on Anti-terrorism (2010).

Professional Trainer & Speaker
With the focus on intelligence and evidence reliability, Tom was asked to give a number of training sessions as part of the special advocates program for the Canadian Department of Justice. He has also been a guest lecturer at the Canadian Police College, speaking specifically about terrorism and intelligence, and has spoken at various conferences in Europe, south east Asia and Australia on related matters.

Defending our Freedoms / In the News

Achieving a high-profile status for his official capacity, it is not surprising that To has been requested to appear in numerous TV and radio shows, and contribute to countless other newspaper articles and papers. For a detailed breakdown, please see the annexed list.

Tom himself has contributed to, and written many publications on security and terrorism matters in Germany, the Netherlands, the UK, USA, Canada and Singapore.

The most recent major publication Tom has written, is the book, "SUBMISSION: The Danger of Political Islam to Canada – With a Warning to America". Written with co-authors Tahir Gora, Saied Shoaaib, Jonathon Cotler, and Rick Gill with a foreword by Raheel Raza. Prior to this, he published a sole author book on national security intelligence requirements. (Seeing the Invisible: National Security Intelligence in an Uncertain Age, World Scientific, 2007).

In a more proactive approach to sharing his knowledge with the masses, Tom has made a few YouTube videos, but in the light of Google being one of the major culprits to quash this type of “free speech”, his podcast, The Quiggin Report, went live in the first quarter of 2018.

Our freedom is under threat and The Quiggin Report will explore why. What is affecting it, where does it come from and what can we do to, not only have a voice, but keep ourselves safe?…

The podcast will examine topics including:
Prior to even releasing the first episode of the podcast, the Quiggin Report’s youtube and google account have already been suspended!

You may not realize it yet, but your very lives will be affected by what Tom has to say...

Find out the truth and why it is being hushed by the many sources you usually rely on for your news updates.

Tune in today to on iTunes, SoundCloud, Stitcher using whichever podcast portal you prefer
And remember to follow us @QuigginReport on Twitter, Facebook, Minds, Gab.at and Bitchute.

Your contributions help us immediately create more content, including advanced research, future interviews, collaborations and ultimately live events.
We are a small team wearing many hats desperately in need of growth and assistance. We have others from the intelligence community waiting to come on board The Quiggin Report, and we look forward to bringing their knowledge and expertise to our team.

When you become a supporter of The Quiggin Report you're giving us the ability to stay independent, answering to no one but ourselves and of course to you, our supporters.

Please help spread the word about The Quiggin Report over your social media platforms, personal networks, friends, family and colleagues.

Thank you everyone for supporting us. We need you. @QuigginReport 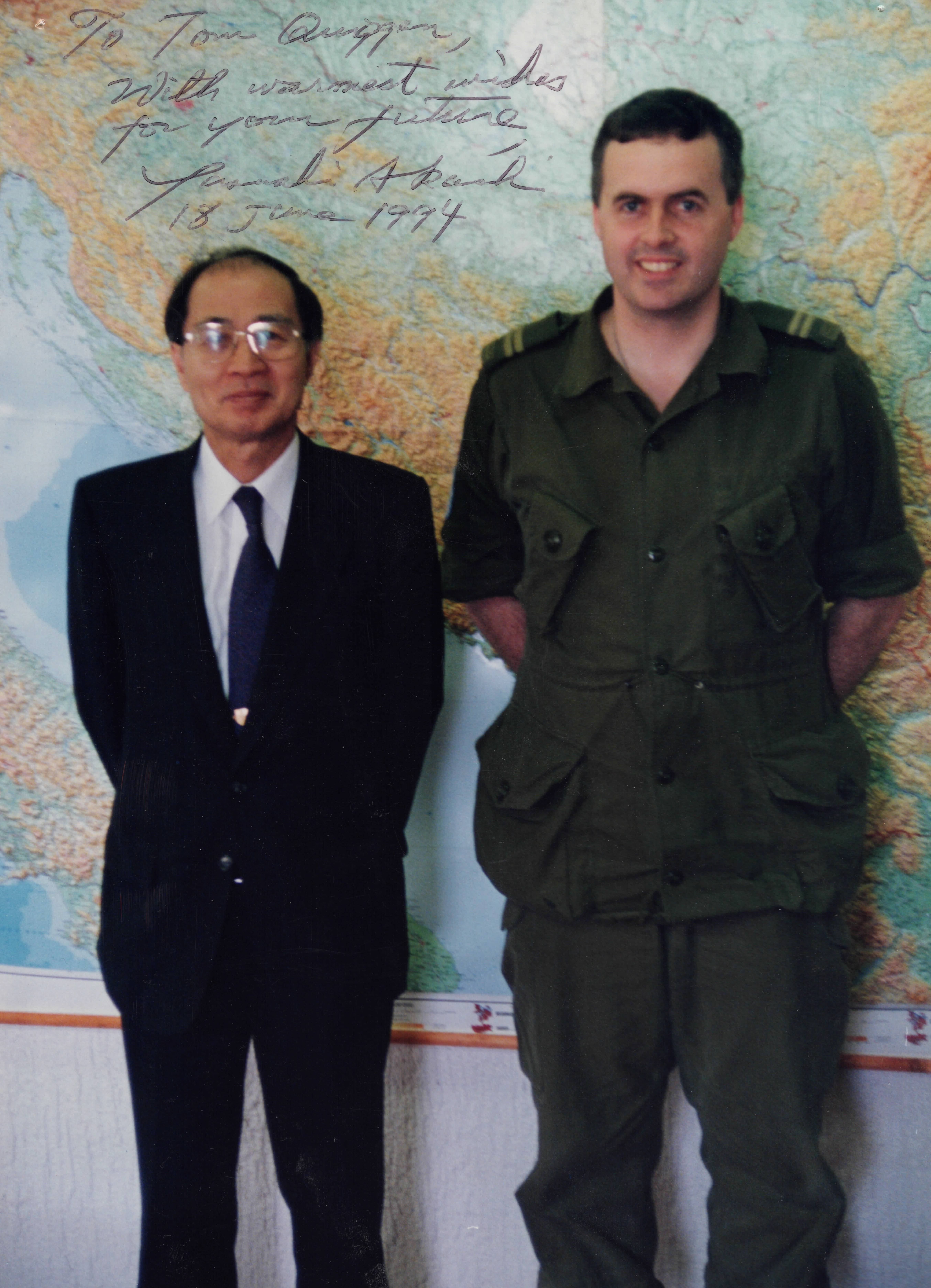 Tom Quiggin with Yasushi Akashi, Special Representative of the Secretary General of the United Nations Protection Force for the former Yugoslavia.

Filmed for the 2008 CBC documentary by Nomad Films entitled “The Al Qaeda Code.” The documentary was an examination of the radicalization of Muslim youth on a global basis. The interview involved identifying problems and responses to the problems of radicalization in Canada. 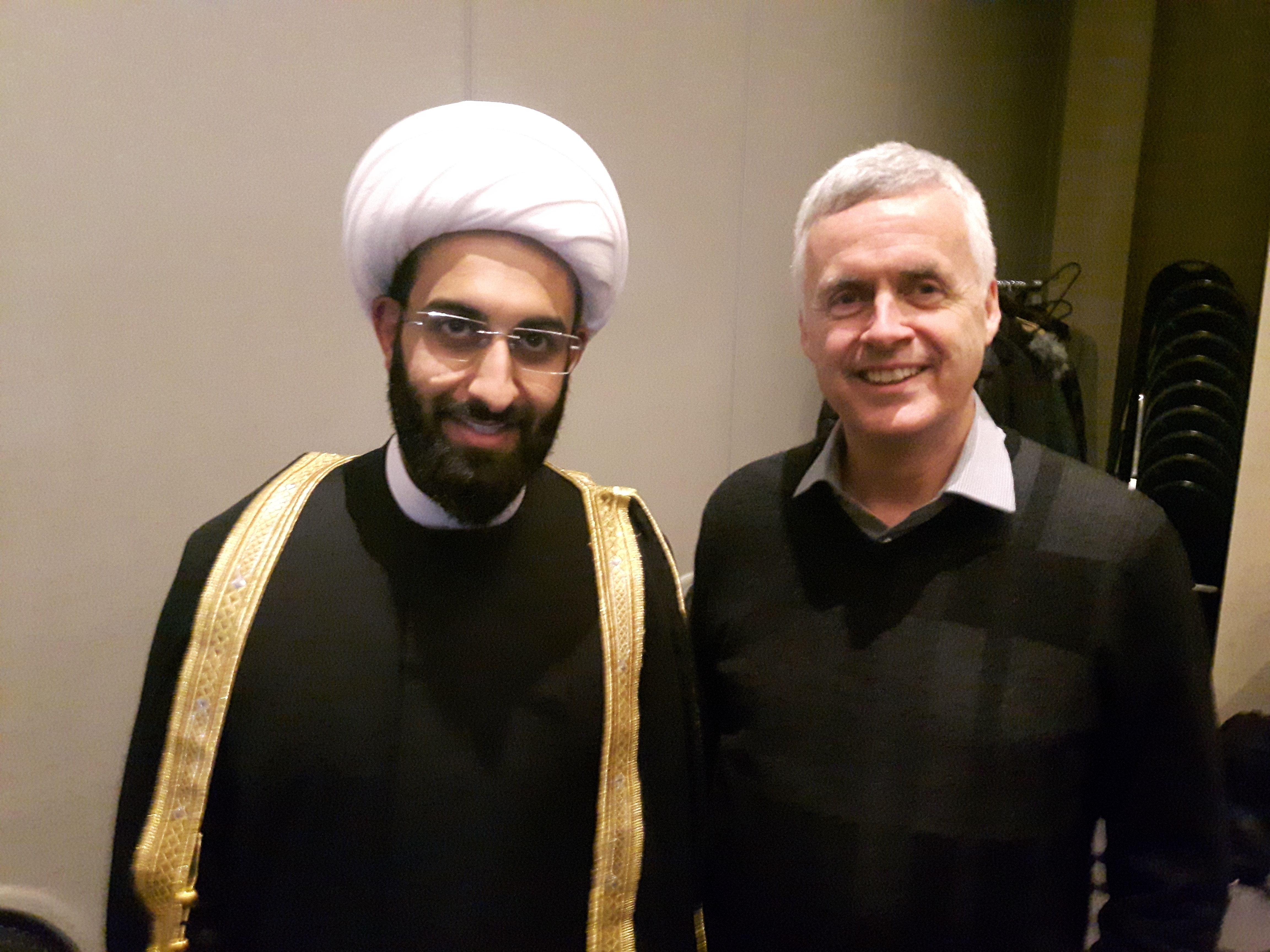 29 of 500 patrons
Our goal is to reach 500 patrons in support of free speech, and who wish to defend the freedoms of what a liberal democracy is based on.

The Quiggin Report is dedicated to all those who have fought to protect this right to liberty; those who have served in the military, intelligence or security services in our countries. Whether you are part of the commonwealth, in The United states America or any of the other liberal democracies across the globe we need to come together and protect our societies and cultures currently under attack.

Please become a Quiggin Report Patron and we promise to present objective insight into the intelligence and security community currently engage in the battle against extremism and nefarious entities, gaining influence in our media, government and educational institutions.