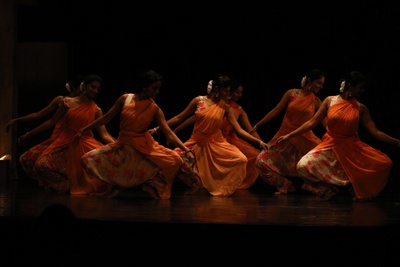 $5
per month
Join
or save 5% if you pay annually 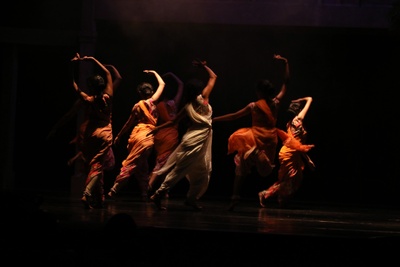 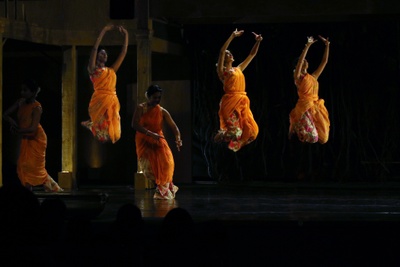 Raadha Kalpa is one of the only bharatanatyam dance companies that had dancers working almost full-time for a period of two years. Raadha Kalpa was established in 2009 under the artistic direction of Rukmini Vijayakumar. It has since presented a number of productions in the Bharatanatyam Vocabulary. Raadha Kalpa is committed to delving deep into our traditional roots and understanding Bharatanatyam with the keenest interest, while exploring new possibilities.

As you can see, the work has grown over the years both in artistry and quality.
It has however become increasingly difficult to sustain dancers in rehearsals and also find funds to create new work. The profits from ticketed performances is little to nothing and most often there is not enough to invest into a new production.

In most other countries, dance companies and choreographers are supported and funded to sustain and grow their artistry. We do not have a system in place in India that does this currently. In order to grow the quality of work, and continue to push the boundaries of Bharatanatyam we need your help.

The company has moved to primarily supporting the creation of small scale Solo and Collaborative work by Artistic director Rukmini Vijayakumar in the midst of the current pandemic.

A small commitment from each one of you will go a long way.


Your contribution during this time will be used to:

- Engage with artists through the Raadha kalpa company.
- Periodically provide scholarships to aspiring dancers in many of the educational programs that are hosted by Raadha Kalpa.
- Invite visiting artists for workshops to the Raadha Kalpa studios at LshVa for guest lectures and workshops.
- Support and sustain the Performance series, which invites many artists from across the country to share their work in an intimate space.
- Support the creation of new productions within the Raadha Kalpa company.
- Support collaborations, lectures, research and educational research.

$212.18 of $2,500 per month
This goal will help us with getting additional training for our dancers and also be able to provide some technical infrastructure for rehearsals and new productions.
1 of 2