Ray Nadine is creating content you must be 18+ to view. Are you 18 years of age or older?

Just one dollar gets a monthly newsletter delivered to your inbox! Stay updated on my comics and what my hyperfixation-of-the-week is.

Nico is my cat. She's the most beautiful girl in the world, but also looks pretty weird sometimes. Get the monthly newsletter AND a cursed image of Nico.

$5
per month
Join
Early access to my upcoming comics, updated weekly while I have ongoing projects! 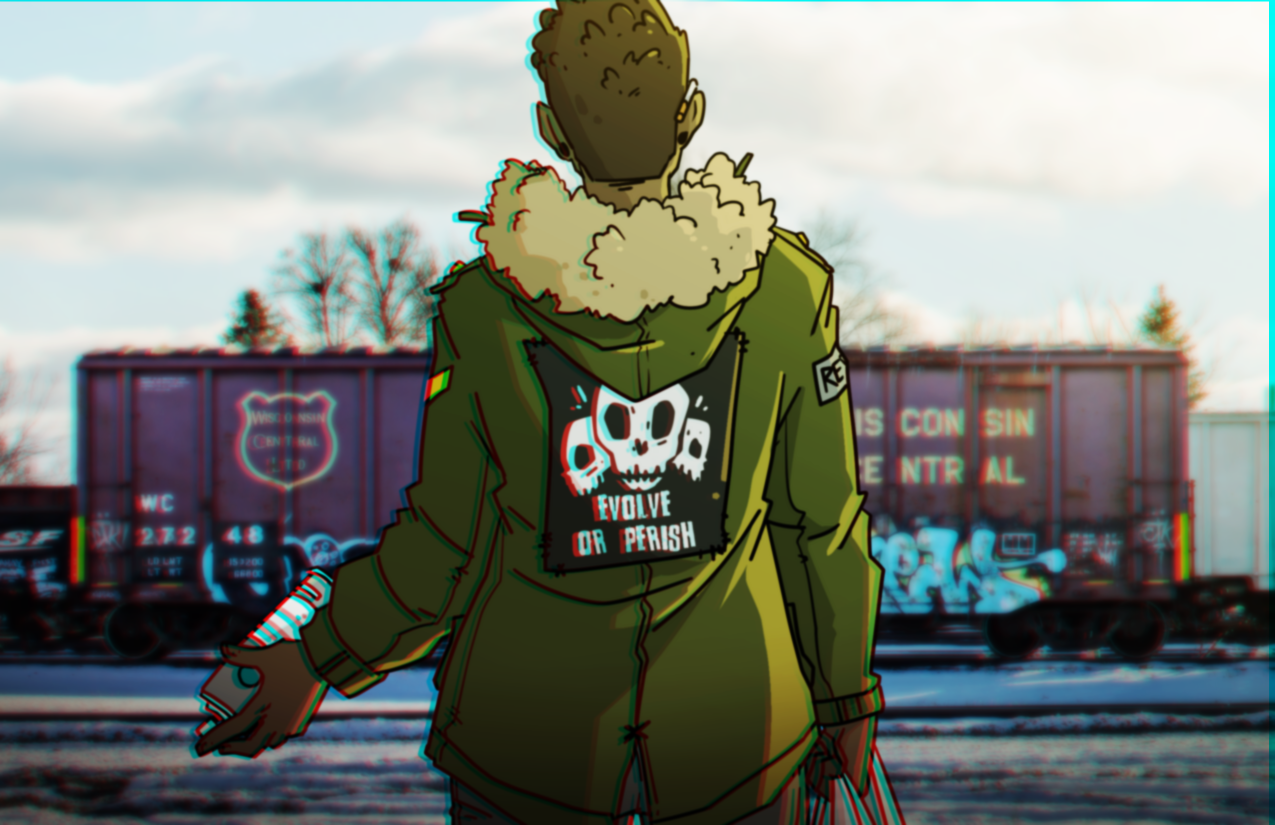 Heyo, I'm Ray! I've been publishing comics online since January 2013! Currently I'm working on a new book to be published by Dark Horse! I can't talk about it publicly yet, but supporting me here will give you access to some work-in-progress updates on it, sneak peeks at interior pages, and spicy side-stories.

If you're into webcomics, I also illustrated Messenger, written by Paul Tobin and published by Webtoon. You can read it for free here! Messenger is about a bicycle delivery girl who ends up with a job delivering messages for divine gods on the verge of war. If she messes up, they might just destroy the universe! There's action! Romance! Talking pigs! Jokes! It's the kind of comic that is all fun and games until you get hit by an emotional chapter, and then suddenly you're crying (aka, my favorite kind of comics to make). It's got 90 chapters and is free to read, hell yeah.

I also do coloring work for other comics, have a handful of stories in various anthologies including Everything Is Going Wrong and Local Haunts, and a few other comic projects that are in the works. More of my work can be seen on my art portfolio, and you can follow me on Twitter too (please yell at me about video games)!

I do a ton of work constantly, and freelancing is my full-time job. It's not uncommon for freelance work to be a fickle bitch, as in some months are pretty profitable, and others...not so much. Support from Patreon can at least help give me a steady trickle of income to help out on the not so profitable months. Funds from Patreon go towards various Patreon-related merch first, and then goes towards keeping me alive and sane (you know, rent, bills, con travel expenses, making new merch, a cup of coffee every now and again).

Here's what you can get by supporting me on Patreon:

-Tip Jar: Monthly newsletter with various WIPs of what I'm creating, art you may have missed from Twitter, rambles about whatever video game I'm currently obsessed with. Maybe even a Spotify playlist curated by yours truly!
-General Admission: Patreon-exclusive images of my beautiful cat, Nico. She's also has a Twitter. And all the monthly newsletters!
-VIP: Work-In-Progress previews of comics I'm working on, some insight to how I create comics, and getting to read my comics early before the rest of the world! VIP and Backstage Pass tiers get all the Tip Jar and General Admission perks too!
-Backstage Pass: Monthly 18+ spicy pin-ups, comics, or sketches. Sometimes I'll take requests, sometimes it'll be my characters in precariously sexy situations.