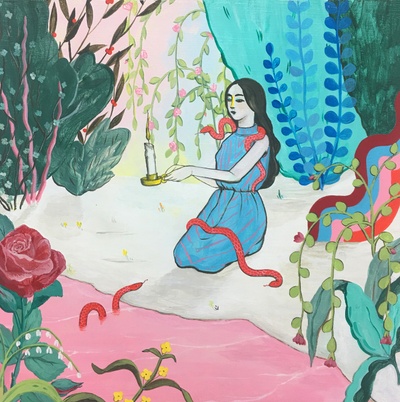 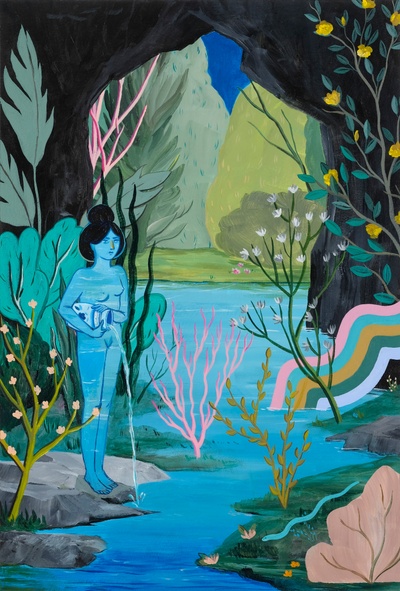 - sneak peeks of work in progress - a great way to get a head's up about what new work will be available soon: ) 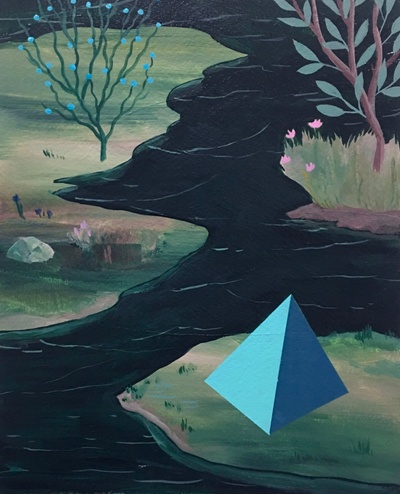 - sneak peeks of work in progress - a great way to get a head's up about what new work will be available soon: )

Rebecca Chaperon’s paintings act as a means of storytelling, as landscapes meet flat geometry and emotive undercurrents. Born in England in 1978, Rebecca attended Emily Carr University in Vancouver, BC where she studied fine arts until graduation in 2002. Her work is exhibited/collected internationally and recently shown (2014) in Vancouver, LA and San Francisco. Her major series of work include Eccentric Gardens (2014), Antarticus (2013), Eerie Dearies (2012) and Like A Great Black Fire(2011).

In 2012 she was the recipient of the Canada Council Project Grant for Visual Artists for production of her painting series Antarticus which was exhibited the following year at Initial Gallery in Vancouver, BC. In January 2014 she published a picture book of her artwork called Eerie Dearies.

Her process often begins with the idea of place. In Like A Great Black Fire we see paintings of dark landscapes that seems to stretch infinitely, a doomed place invented by the artist as a theatrical stage where various protagonists bravely live out mysterious vignettes. Antarticus, inspired by the mid/late-20th century travel stories of her uncle and father, saw the amalgamation of two places, the tropical island of Mauritius and the icy tundra of the Antarctic.