is creating The Caretaker comic 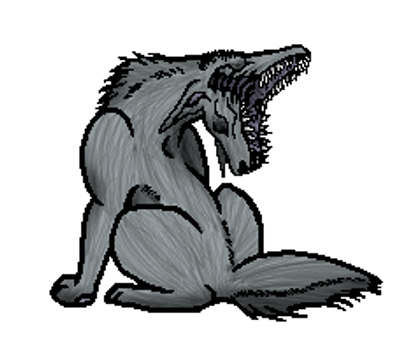 $1
per month
Join
Thank you so much for pledging. Every amount helps and I am really grateful. :)

$5
per month
Join
Watch how its made

Hello, I am Shay also known as Reddog across my various sites. i am creating The Caretaker along with other horror stories.

__What is The Caretaker?__
The Caretaker is a horror comic that updates once every Friday for free.

It follows the story of Simon a young man in massive debt desperate for a job. he becomes the new caretaker of a strange house owned by a strange owner giving even stranger rules such as "keep the doors shut!". put in charge of caring for the house and the owners mentioned "exotic pets".
Simon soon finds out that the owners mentioned "exotic pets" in the job ad are much more exotic then normal. with rules needing to be strictly followed, or else.

__subscribe and you'll get patreon exclusive goodies such as:__

look at old character and creature designs and or other concept art. Spoiler free to prevent creatures or characters from being released waaay before they're revealed.

watch speed paint videos that show how i start a page from drawing the paneling all the way to coloring the pages.

pages ahead of everybody else. instead of just 1 update a week you can get 2 updates a week!

$29.36 of $100 per month
thank you for helping me in reaching my first goal. hopefully we will continue to grow so i can give you guys more goodies while forwarding me toward independence. =]