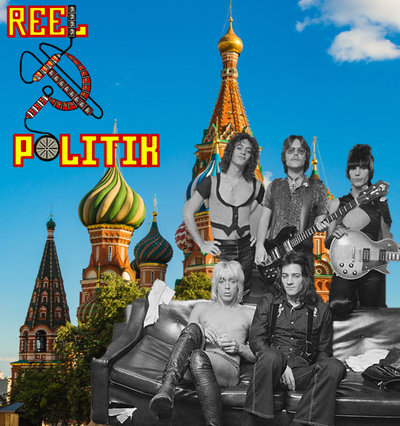 $5
per month
Join
Access to all premium episodes (minimum 2 a month) & bonus #content, plus officially listed as enemy of the British state

Reel Politik is a podcast about politics and culture based in the UK and US, but mainly the UK. We’ve been active since 2016 and are hosted by Jack Frayne-Reid, Tom Foster, Geraint (@wariotifo) and our US correspondent Yair Rice, with production from tom dissonance, spiritual guidance from Laura Jolyon Tidd and creative oversight of the 'GapeCast' project by the artist known as Farages Fucked Face. You can listen to our public episodes @ mikegapes.co.uk

Q) Will you disgraceful hack frauds only be releasing content through Patreon from now on?

A) Absolutely not. Our core series episodes will still be freely available at our usual place on Soundcloud. As will our short videos on the "RP Corp Intl" twitter page. However, Patreon subscribers can expect the release of AT LEAST two additional premium episodes a month - occasionally more bite sized and compact in their presentation (these will generally be listed as an unnumbered minisode rather than a canonical episode, although you will get some of those too). Patreon subscribers can also expect the release of additional short videos and other experimental content.