is creating an online archive of Rare Silent Films and Exclusives 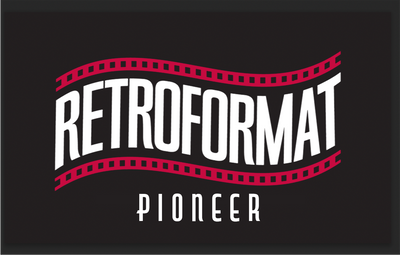 $7
per month
Join
Film Pioneers have access to each month's new additions to The Vault, including Retroformat's most recent, exclusive digital scans of carefully selected, rare silent films from the University of Southern California School of Cinema's HMH Foundation Moving Image Archive and other private collections, as well as amazing Library of Congress restorations.

NEW!  Special for Los Angeles-area subscribers: You are now eligible for significant ticket discounts to our live shows!

In addition, Film Pioneers receive a subscription to Gems from The Vault, a monthly magazine of rare silent movies, selected from Retroformat's growing online trove of cinema history. 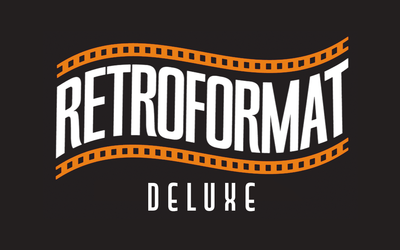 $20
per month
Join
Deluxe Film Pioneers have access to each month's new additions to The Vault, the monthly magazine "Gems from The Vault," plus carefully selected Special Content each month, like Q&As and commentaries by Allison Anders, Serge Bromberg, Paul Dooley and other distinguished guests, sharing their passion and expertise about silent films.

Plus, as our special thanks, your choice of one beautiful, full-sized Lobby Card Reproduction by print artist Janet Klein!  See https://www.retroformat.org/merchandise.html for photos and descriptions of all available cards.

Of course, all this is in addition to access to our monthly New Additions and your subscription to Gems from The Vault!

NEW! Special for Los Angeles-area subscribers: You are now eligible for significant ticket discounts to our live shows! 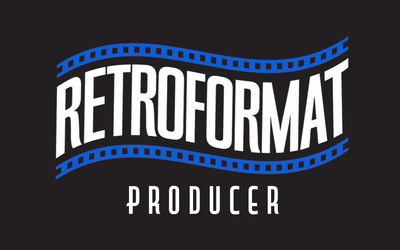 $35
per month
Join
For Silent Movie Producers, we've unlocked access to every film in The Vault (currently 18 films and growing each month), to watch and enjoy anytime.

To acknowledge our gratitude, Silent Movie Producers receive acknowledgment on the main page of our website, Retroformat.org;  a commemorative "The Gold Rush" t-shirt, and your choice of five (5) beautiful, full-sized lobby card reproductions by print artist Janet Klein. See https://www.retroformat.org/merchandise.html for photos and descriptions of all available cards.

All this, plus each month's Exclusive Interviews and Commentaries!

NEW! Special for Los Angeles-area subscribers: You are now eligible for significant ticket discounts to our live shows!

Welcome to The Vault, Retroformat Silent Films' online archive of rare silent movies and special features, where silent celluloid collectors share unusual treasures.  Here you will find exclusive scans of prints from the USC School of Cinematic Arts'  HMH Foundation Moving Image Archive and other private film collections, plus restorations by the Library of Congress, all with brilliant, original music by Retroformat Musical Director Cliff Retallick. Check back each month for new additions!

Your support also forwards our mission to educate and create enthusiasm about the art of silent film by making possible (1) Retroformat's free silent movie screenings with live music and discussion for Los Angeles public school students, and (2) our silent movies with live music in Los Angeles area theaters!  For more information aboutRetroformat Silent Films and our activities, visit retroformat.org.

The following exclusive, new scans are available now to all our subscribers:

New Gems From the Vault, available now for all subscribers to The Vault:


The following films will remain available for all members until May 15:


New exclusives for all Pioneer Deluxe members and up:

The following Special Features will remain available for Deluxe Pioneers and up until May 15:


More exclusives, coming to The Vault in May:


And in future months:
Plus the following special features for Deluxe Pioneers and up:


…and much, much more!
Thank you for your support. Your membership is crucial for maintaining and growing The Vault. Your support will also help grow our important programs that create enthusiasm about the art of silent film in the film capital of the world, Los Angeles, California, including public screenings with live music in theaters and public schools.  We are a 501(c)(3) educational nonprofit.

Recent posts by The Vault