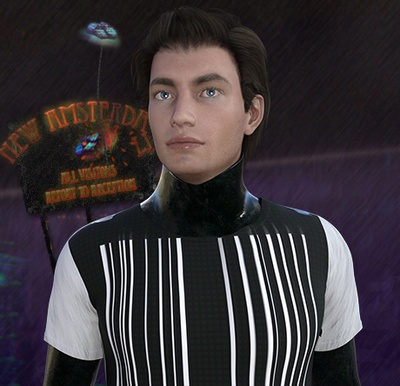 A big thank you for supporting the Rewind Project on Patreon. Your donation will help me to spend more time on the project and to produce content at a faster pace. 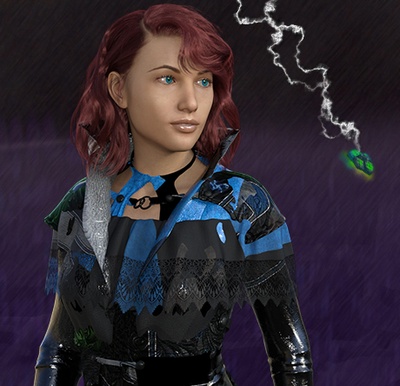 You‘ll be one of the first to know what‘s going on this week in the mind of Charon Cardell - president of “The Company”, supreme ruler of New Amsterdam, Chairman of the Galactic Federation, and whatever else he's demanding people call him this week. He probably just wants to be loved. 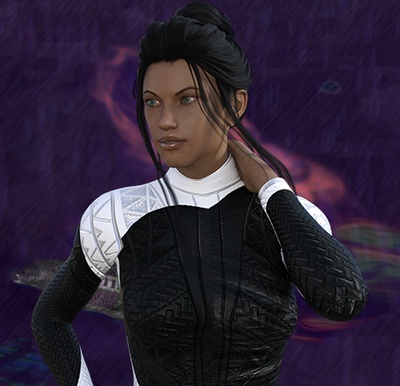 $9
per month
Join
Access to patron only posts, a PDF walkthrough, and instant access to the latest version of the Rewind game as soon as it's released.

This tier also gives you access to high resolution downloads of selected art from the game, as well as exclusive images, which you can use as desktop wallpaper. These artworks will be regularly added to the page and may also give a taster of what's to come in the next version of the game. 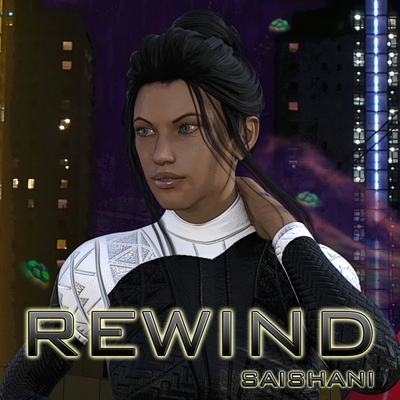 $12
per month
Join
Everything from the $9 tier, plus Merch! Thanks to Patreon's latest foray into merchandise, I'm now able to offer patrons at this tier an exclusive 4x4 sticker featuring Saishani. The image on the sticker is as shown above, and will be sent out to patrons on a one-off basis after subscribing for three consecutive months. Not my rules - I'd send it out straight away, but apparently then I'd be bankrupt immediately. Them's the breaks.

Please don't unsubscribe or change tiers until you've received your sticker, as this will cause Patreon to decide you don't want it after all - and none of us want that. I may also add extra tiers at a later date in order to make other stickers available for collectors.
Exclusive Sticker
Fulfilled by Patreon
Get an exclusive Saishani sticker after 3 consecutive months
Global shipping included

Marines on a Mug 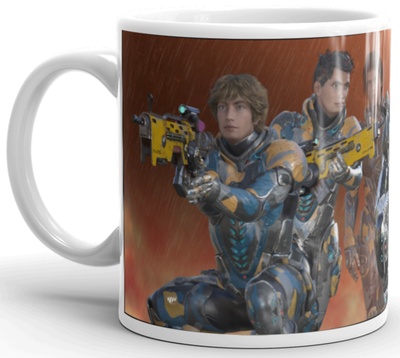 $25
per month
Join
Merch! Wait - I've said that already. As stated above (or wherever Patreon are positioning things today), I'm now able to offer Rewind related merchandise - so how about a mug full of marines? It's just like a mug full of coffee, only with more marines. And no coffee.

This 11oz mug features a wraparound image depicting all the marines from Rewind: The Empyreum War, apart from Major Allcock - from left to right, we have Tattoo, Spliff, Bastard, Alderman Stalk, Jarhead and Princess.

You'll receive your gift after subscribing for three consecutive months, so please bear this in mind when signing up. Again, please don't change tiers or unsubscribe until you've received your gift, or Patreon will cancel your eligibility to receive it.

This tier also contains everything from the $9 tier.
Exclusive Mug
Fulfilled by Patreon
Get a mug depicting the marines after 3 consecutive months
Global shipping included 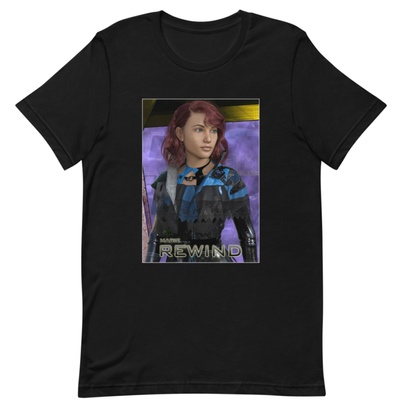 $30
per month
Join
Not content with a beautiful sticker or equally beautiful mug? Really want a beautiful Tee-Shirt instead? Sorted. I'm offering patrons at this tier an exclusive T-Shirt as shown above, featuring the character of Marie as depicted in the game. Why not wear it proudly wherever you go, or pin it to the wall like they do in all those posh movie restaurants they don't seem to have any more? You know, The Hard Hollywood Cafe Planet. Or something.

You'll receive your gift after subscribing for three consecutive months, so please bear this in mind when signing up - and please don't unsubscribe or change tiers until you've received your gift, otherwise Patreon won't send it to you and nobody will be happy.

This tier also contains everything from the $9 tier.
Exclusive T-shirt
Fulfilled by Patreon
Get an exclusive Marie T-Shirt after 3 consecutive months
Global shipping included

The following page has been sanctioned by the Ministry of Information for viewing only by Category A citizens. The viewing of this material by citizens of a lower order may result in termination. The Company wishes you a pleasant day.
The day after tomorrow, or possibly sometime next week. The Neutron Wars have been and gone, taking with them most of the population of Earth. Those who survive live out their lives under an artificial sky, trapped within giant biodomes and bathed in the purple aura of a protective field. Every word, every thought is monitored by The Company. Dissent is punishable by death, which is kind of ironic, since death is exactly what most people pray for.

Fuel reserves are exhausted. What little power The Company provides comes from offworld, shipped in from the vast Empyreum mines of LV13. But the mines are at the center of an endless war, a meaningless conflict from which no-one returns alive. It is a war we cannot win, and yet a war we must not lose.

When Kantrell Adams is forcibly conscripted to the mines, his family faces the prospect of losing everything - until mysterious startup Rewind Inc. offers a solution. If he backs up his mind to their systems, his wife can have it restored into a clone when he dies. The same husband in a younger body, crafted to her own specifications. Everybody wins.

But those at the top have their eyes on Rewind Inc. - and they may have an entirely different fate mapped out for Kantrell...
Rewind is a brand new ongoing science-fiction visual novel for PC and Mac, based on my scriptbook Rewind: The Empyreum War. To give you an idea how large the scope of the game will be, the Empyreum War scriptbook covers the first two episodes of a twelve hour epic, where each episode is two hours long - so lets just say that the visual novel may end up being divided into several separately downloadable episodes in order to not end up with a game that takes up all the space on your hard drive. Do people even use hard drives any more?
Rewind is currently a one man project, so the purpose of this page is to allow patrons to help out with the costs of materials and software, and to hopefully provide enough income to allow me to spend more time on the project. Currently, I'm also working on full colour art depicting the universe and it's characters, which will be made available in high resolution wallpaper form to patrons along with other rewards such as merchandise from the Rewind universe. I'll also be featuring such other goodies as preview material and screenshots from the visual novel for PC and Mac, and occasionally sleeping...
By becoming a patron, you'll instantly unlock access to 8 exclusive posts
20
Images
3
Writings
By becoming a patron, you'll instantly unlock access to 8 exclusive posts
20
Images
3
Writings