One Tier Fits All 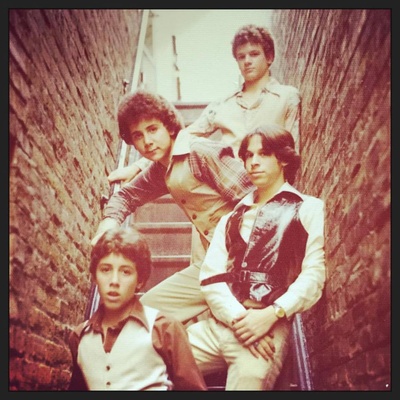 Every week I'll be curating exclusive content just for you!

BACKSTORY: I began my creative journey as a writer, musician and performer at a young age, a journey that has been deferred by fits and starts, a 25-year teaching career and my choice to spend the greater part of the past 21 years as a stay-at-home parent to my five children. While my life has taken many twists and turns, I have never given up on my creative ambitions.

I studied playwriting and received my Bachelor of Fine Arts from the renowned Theatre School at DePaul University in Chicago, followed by a Master of Arts in English and History, also at DePaul. I have taught for the Chicago Public Schools, Columbia College of Chicago and a number of public and private schools in Spain, England and the Netherlands during the nearly 25 years I have lived in Europe, recently capping my teaching career as a Lecturer in English at Hotelschool The Hague, one of top-ranked hotel management schools in the world.

Having held dozens of jobs in a wide variety of sectors, I have sold shoes, waited tables, tended bar and have worked as a bicycle messenger, bank teller, translator, skip tracer, editor, bow tie maker, music festival organizer and, as of January 2018, a professional barber known locally as The Night Barber, running The Hague's first and only after-hours barbershop. As a performing artist, I was involved in theater from an early age, acting on Chicago stages in both amateur and semi-professional companies.

From my teenage years until I was 24, I played in original bands in my native Chicago and in Phoenix and Los Angeles, where I formed my bands Strange Magic,  The Convertibles and Café Society. While playing alongside bands such as Red Hot Chili Peppers, The Minutemen, Meat Puppets, Los Lobos, Bang Bang, X and Cock Robin, and artists such as Johnny Depp, Cornelius Bumpus (Doobie Brothers) and Steve Vai, my musical endeavors never reached their full potential. I have also dabbled in stand-up comedy as well as having performed six different roles in the musical review, Good Morning, Valencia,  that I wrote for my Face&Eggs Children's Theatre Company in Valencia, Spain. While in Valencia, I also began a musical partnership with British singer and multi-instrumentalist Ian Brusby (John Entwistle, Gordon Giltrap). A new Brusby & Morris collaboration will also become a part of my Legacy Project.

Today, at 56, I have decided to take courage in both hands and kickstart my life as a creator, re-inventing myself one last time to give light and life to the songs, stories, poems, plays and performances that have accompanied me throughout a lifetime.

Through my presence here on Patreon, friends, family, fans and followers can support me by contributing a small amount of money each month in exchange for access to my work. This will allow me more time and freedom to dedicate to creating, while offsetting some of my expenses, hiring collaborating artists (musicians, photographers, videographers and designers) and helping to finance the project without placing a significant financial burden on my family.

THE PROJECT: To celebrate my more than 40 years as a creator, the Richard Morris Legacy Project aims to rehearse, record, release and perform music (as Café Society), publish the fiction, poetry, plays and prose I have created over the past five decades (as R.M. Usatinsky) and produce a year-long retrospective of the one-act plays I have written. The project will include new works and a personal memoir of stories and photographs as well as sound recordings and videos of both old and new material (in Spanish and English), written texts to be released in digital and paperbound editions and a select number of live performances in the Netherlands with the newly re-formed Café Society, featuring Russian bassist Andrey Zakharov, Dutch-Chinese keyboardist Sarah Zheng, Paraguayan drummer Christian Palmieri and a line-up of talented international musicians.

For as little as a caffè (society!) latte each month, all of my patrons will have access to exclusive content, behind-the-scenes look-ins and live, online events making you truly a part of my creative process. Finally, I have decided on a single-tier platform, meaning you contribute $5.00 (approximately €4,50) or more per month and you'll receive something from me each and every week (if not more frequently!). That can be a new song, poem, short story, essay or play, or an archival release of old demo recordings, live videos or the scores of written works I have created over the course of my life.

THE CLOSER: To bring the project full circle, I will record and release Café Society's debut album (after a mere 38 years!)—1982—and will endeavor to hire a number of collaborators who will create a full-length documentary film archiving the project from its inception to my ultimate aspiration of returning home to the United States after more than 20 years to re-connect with my former band mates to catch up on their lives, hear their stories and to reunite in Los Angeles to rehearse and perform one final show at one of the emblematic venues where Café Society last performed in the mid 1980s.

I cordially invite you, one and all, to join me on this final leg of my musical and literary journey with the hope that it will be an uplifting, inspiriting and thoroughly enjoyable experience.