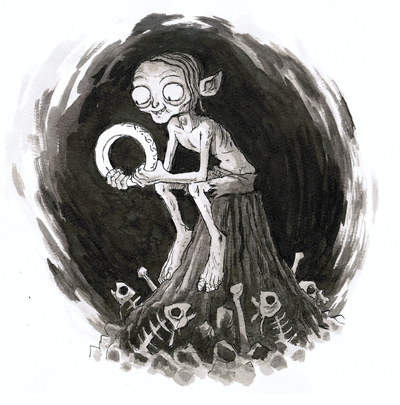 $4
per month
Join
Become a RINGHEAD with us.

An Unserious Guide to LORD OF THE RINGS and JRR Tolkien

The 20th anniversary of the first of Peter Jackson's LORD OF THE RINGS movie is coming up in December.  Lots of people will be rewatching, or watching for the first time.  But even the biggest fans of the LOTR movies might not know the whole background of this fictional world.

It's vast!  There's a lot to know, honestly an embarrassing amount to know.  And that's where two comedy jerks who specialize in embarrassment come in!

Specifically Bill Corbett, actor and writer for the legendary MYSTERY SCIENCE THEATER 3000, and now one of the stars of RiffTrax; and Sean Thomason, writer, producer and sometimes performer at RiffTrax.

RINGHEADS is a detailed guide through the movies and they fictional world they inhabit, done by some aging class clowns who dared each other to get way, way into J.R.R. Tolkien during the 2020 pandemic year.

Did they read Tolkien's long and often painful fictional history detailing the creation of his mythical world, Arda, THE SILMARILLION? They sure did. And really got into it.  Which might be sad!  But for better or worse, they now know what's going on in Middle-Earth and are happy to share it with anyone who will listen.

But being way too into nerd stuff is funny, as Bill and Sean know well.  They are both fans and ridiculously self-aware about being fans.  So this will not be an overly reverent Tolkien explainer.  Expect many jokes and riffs about Tolkien's very serious world-building, and their own geeky love of it.

This podcast will be geared for people who want to watch, or rewatch, the original LOTR trilogy on the 20th anniversary of the first movie being released in December 2001.  This year also sees the release of a new 4K HD remaster release of the trilogy, and an IMAX theatrical release of that.  Plus there's a new LOTR series currently being developed for Amazon Prime.   So LOTR is in the cultural zeitgeist this year, and we are right there with it.

The show will hopefully be enjoyable by anyone, especially if they want to know more but don't want to take it too seriously, or have time to learn Elvish (especially since there is MORE THAN ONE ELVISH LANGUAGE, JEEZ), or visit Tolkien academic conference, or buy tweed jackets with elbow patches, etc..

It will contain the following features:

RINGHEADS is here at the turn of the tide, just in time for the LOTR film's 20th anniversary.  Bill Corbett and Sean Thomason will delve too greedily and too deep and take the audience There and Back Again in this funny and informative Long-Expected Watch Party.  And if you don't get those references, you will after this podcast!  It's the ultimate amateur guide to Lord of the Rings, complete with jokes about wizard farts. Annon allen!