is creating animated shorts that turn back time, new games with an old twist

Our eternal thanks~ <3
No matter the amount, we truly appreciate you donating your hard earned cash to our project. We solemnly swear that every dollar will go towards churning out bigger and better videos at a faster rate!

~ALL PREVIOUS TIERS INCLUDED IN THIS TIER~

Credit Where Credit is Due!
We will include your name (or screen-name/gamer tag) in the description of our next video as a special thank you.

Music Downloads!
Like the tunes? Every month we will send you new chiptune songs we create (At least 1 per month) ! Sometimes they will even be songs not released on videos.

~ALL PREVIOUS TIERS INCLUDED IN THIS TIER~

Behind the Scenes!
Although some of our behind the scenes work will be broadcast on our Twitch stream, we will have special access videos for the really cool stuff that we will invite you to on a live-stream viewing event ONLY for members of this tier and above!

Don't worry, we will give you at least a weeks notice on when the event will be, and we will have it on different days to ensure it is not always on a day that you might not have open.

Chat with the members of RKADE soup while watching us work! Watch us sweat under pressure today!

Talk to us!
We will contact you via e-mail to give our personal thanks to you for supporting our animation projects. Make sure that you let us know what your e-mail and we will reach out to you within 72 hours. (We will go back and forth as much as we can, but please be patient :D )

We greatly appreciate you even considering to donate to our Patreon. Although our content is free on youtube, any help from the great peoples of the internet would not only let us have more freedom to create videos, but let us increase the production scale! We definitely prefer quality over quantity, and we want to make sure we are putting our best effort out there with every video - AND growing to become better in the process!

Once again, thank you for your consideration and time. We would have no one to animate for if it wasn't for you watching!

RKADE soup is a 2-man team of animators located in Colorado, U.S.A.

Robby
Most of the slick animation you see comes from young Robby. Born in Oklahoma, he met Kelly on an AOL internet chat room back in 2003. He has self taught himself animated design and even has designs featured in Tabletop Simulator and Bushido. Other notable achievements include being the top ranked PVK II player in the world for a few years (until he retired), and being a bunny whisperer.

Kelly
Handling the business, research, designing the backgrounds and drawing assets for the animations, Kelly is the behind the scenes mastermind of RKADE soup. After living in Japan for several years he has come back to the states to partner with Robby and help start up the Arcade in a shared goal of creating the same animations he spent his childhood daydreaming of.


What will we do with the money? 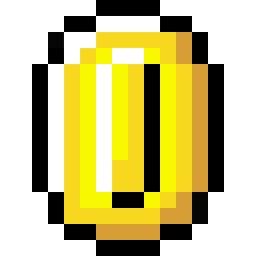 First, we plan on putting all the money into new and better equipment and research for the new animated videos. Next, once we get to a certain level where we can be supported by our animations alone, we will focus that money on creating more animated features per month without losing the quality our fans will grow to expect.