RosalarianXXX is creating content you must be 18+ to view. Are you 18 years of age or older?

Every Monday get a new page of Hexual Fantasy, the campy spooky sexy series

Every Friday get a page of the super kinky lushly illustrated lesbian erotica. You'll also get access to Hex and Eat Me.

I'm Rosalarian. I've been drawing smutty comics for a decade for sites/publications like Filthy Figments, Slipshine, and Smut Peddler. I have created a huge library of smut throughout the years, and I'm creating even more!

Here's what you'll get access to for backing this patreon:

$1+ Hexual Fantasy - one page every Monday

You get access to a brand new smutty series! A campy, weird, spooky series full of supernatural smut. Two stripper witches fight for ingredients to their beauty potion. A coven of lesbian vampires kidnap housewives and hypnotize them into killing their husbands. Cinderella turns to Satan instead of a godmother to help her. All kinds of depravity awaits your eager eyeballs, which are definitely not just a bowl of grapes. Spoooooky! 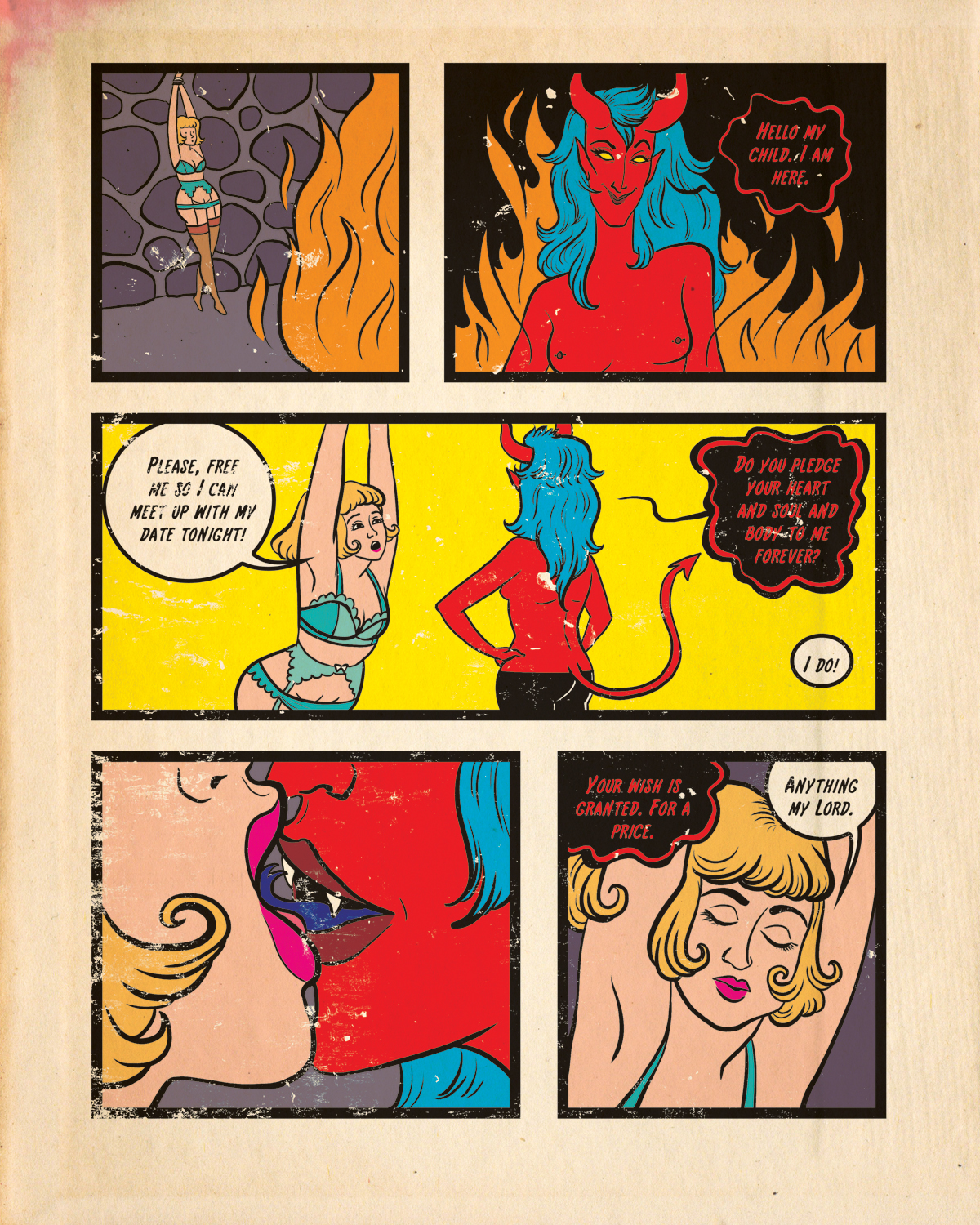 $2+ Eat Me - one page every Wednesday 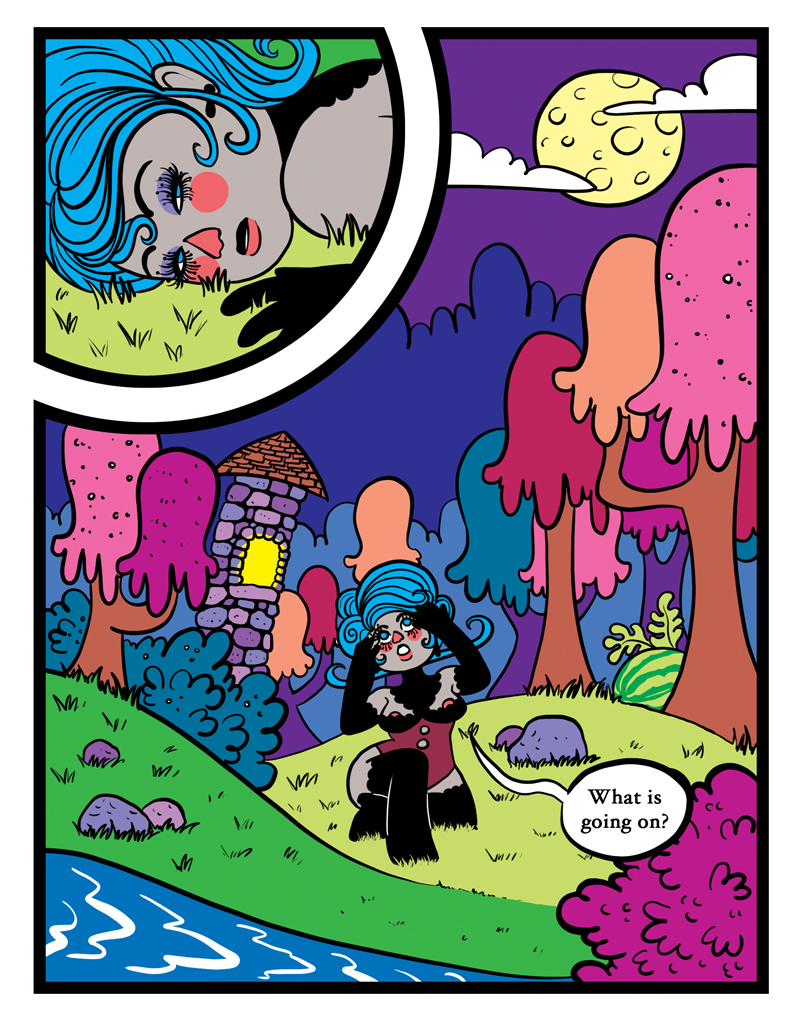 $3+ The Lady Eudora Henley - one page every Friday

In addition to Hex and Eat Me, you'll get to read this lushly illustrated series about a newlywed woman, already dissatisfied with her sex life, lured into a world of lesbian kink by a depraved Mistress. This series isn't silly or campy, it's seriously sexy with a lot of dark undertones. Read a preview of this series. 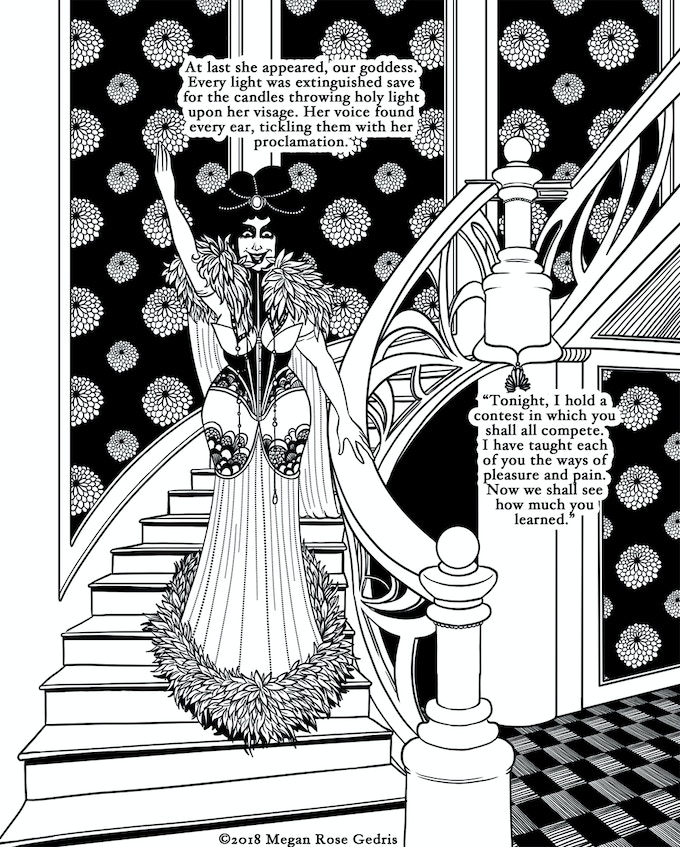 As soon as you become a patron, you'll get a collection of a bunch of dirty pinups as a thank you.

Disclaimers and such:
Patrons will get to enjoy Hexual Fantasy updates a full year before anyone else, after which it may be posted elsewhere, but only I get to decide that. All characters depicted in sexual situations are over 18. Everything depicted should be understood as a fantasy and not sex ed. Get involved in your local kink community if you want to learn how to safely fulfill those fantasies in real life.