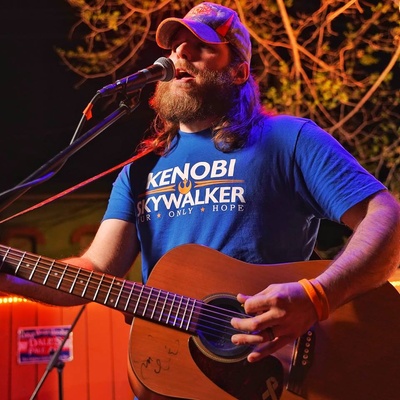 $3
per month
Join
The Getaway Groupie 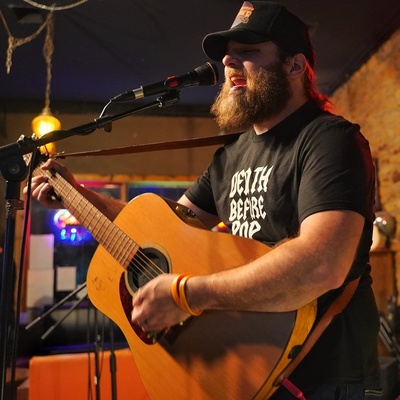 $10
per month
Join
The Getaway Roadie 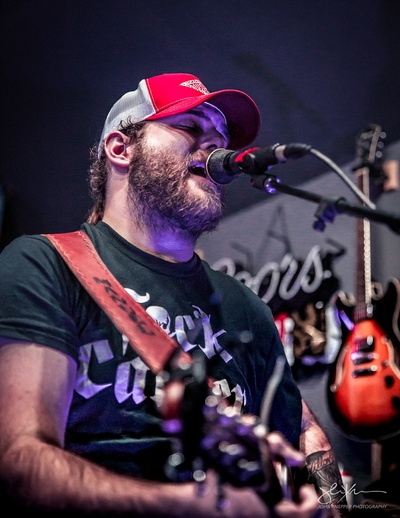 Hey! My name is Ryan Manuel, first of all, thank you for dropping in on my Patreon page, whether you know my music or story or not!

I'm the lead singer and guitar player of a Red Dirt Country band, Ryan Manuel and the Getaway, based in Lawrence, Kansas. We have seen quite the success over our past few years including recording an EP and our first self-written LP, "On the Run," and between myself and the band, playing over 120 shows a year. I have (and we) have been lucky to share the stage with acts such as Whiskey Myers, Randy Rogers Band, and Jason Boland and the Stragglers, among many more.

My music adventure started at a young age in Sedalia, Missouri, I took guitar lessons and worked at a small, family-run music shop and played guitar (it is VERY debatable on how well) in my high school show choir (Smith-Cotton '09, baby!) I spent a couple of years piddling around in college and decided to drop out when I (initially as a joke and with lots of prodding) signed up for and won the 2011 Missouri State Fair Idol Competition, and then moved to Lawrence to pursue a bigger musical scene (annnd my now wife, funny how that works, huh?)

Lawrence has been AMAZING to me musically, acquainting me with some of the people who are now my best friends, collaborators, and really in most cases, family.  The Lawrence and Kansas City music scenes have allowed me to hone my skills and craft and has been instrumental in letting me expand my audience and build my confidence that what I do is, in fact, what I am meant to do.

I also founded a charitable organization with a team of my supporters and family called "Willow Rose's Country for the Kids," named in honor of my niece, Willow Rose Manuel who fought and passed away due to a two and a half year battle with cancer. Our mission is to raise money to buy toys, clothes, and electronics for kids spending Christmas at Children's Mercy Hospital in Kansas City. Our first year we donated just over $3,000 in merchandise, in 2019, we donated $6,000. It is an honor to be able to help with my talents!

I have done all of the noted about holding down at least a full-time job with campus operations at the University of Kansas, if not having both a full and part-time job in addition to playing music 1/4 of the year. While I pride myself in working hard, it hasn't allowed me the time to dedicate the time, energy, or funds to pursue what I personally love, which is writing, making, and sharing music with YOU!

I started with Patreon, not to beg like I felt like I was doing on other crowdfunding sites, but to off you an opportunity to invest in me, my dreams, and hopefully, at some point, my career and get some return with exclusive feeds, video, songs, sneak peeks, merchandise and more. Things that I want to give to YOU!

Patreon is a way to join my community and pay them for making the stuff you love, you can now pay a few bucks per month or per post that a creator makes. For example, if you pay $2 per video, and I release 3 videos in February, then your card gets charged a total of $6 that month. This means the creator (Me) gets paid regularly (every time I release something new), and you become a bonafide, real-life patron of the arts. (Don't ya feel good and fancy?)

In return, you'll get access to my exclusive feed (you get to see things before everyone else!) You'll also have the opportunity for exclusive and hard to find merchandise, handwritten lyric sheets, giveaways, videos, live sets on mp3, and behind the scenes looks at my adventure (Again, not always on my other socials!)

I intend on using the money from Patreon and your membership/donation to help fund tours, a new album, merchandise, and upgrading gear, in order to give back to YOU creatively! I will also be using this money to accentuate my efforts in growing Willow Rose's Country for the Kids!

If you've made it this far, thank you for reading and considering supporting me and my endeavors, I hope to see you down the road!