saddoggames is creating content you must be 18+ to view. Are you 18 years of age or older?

Finished Games:
My Legacy (find it with google, since it's not conform to the new patreon rules)

Note: If you choose to become a patron you will be charged at the day you join.
And if you stay as a patron the next charges will be at the 1st of each month.

My Legacy - finished game:
Informations about the story and screenshots via google.


New game in development - The Tyrant:

Hello everyone, here is some info about the second game that will follow after “My legacy”. The game will about the player who returns from his year as an exchange student. It was his last year of school and he comes home to find a job. When he comes home he notices that some things have changed, badly. At home lives Bruce with his wife and his 2 daughters (all female characters are nameable by the player). They‘re good friends of your family and you live with them since you‘re a young boy. What has changed and why it “could be bad” will be revealed in the game. (No spoilers here)! Some will say, oh no, the typical adult erotic game. But in this game it’ll be the players choice as to what content appears. The player can choose who he’ll romance, get a “normal” girlfriend or more and so on. He’ll get to choose which way he wants to do that, start a gentle love story, be an asshole who takes what he wants or corrupts them to earn money (example).
So the player will decide everything in the game, what he wants to do and how he wants to play. Like a dating simulator. But this game will have a dark (rough and violent) background setting and there’s always rivals, which look to “steal” your girls; and the tyrant himself as named in the title. It’ll also be harder to archive your goals and there will be many ways to get there.
Almost all content will be avoidable.
There is also an option to turn NTR and cuckold complete off.
The content will cover:

So will the player break out of that dark setting or will he find his pleasure in it?

The development will start in October 2017. The game will be in full HD and mixed with POV and other camera settings. This time the scenes will be shorter, but it’ll have more, they can be repeatable and you can improve them (by buying stuff for a scene).
FAQ 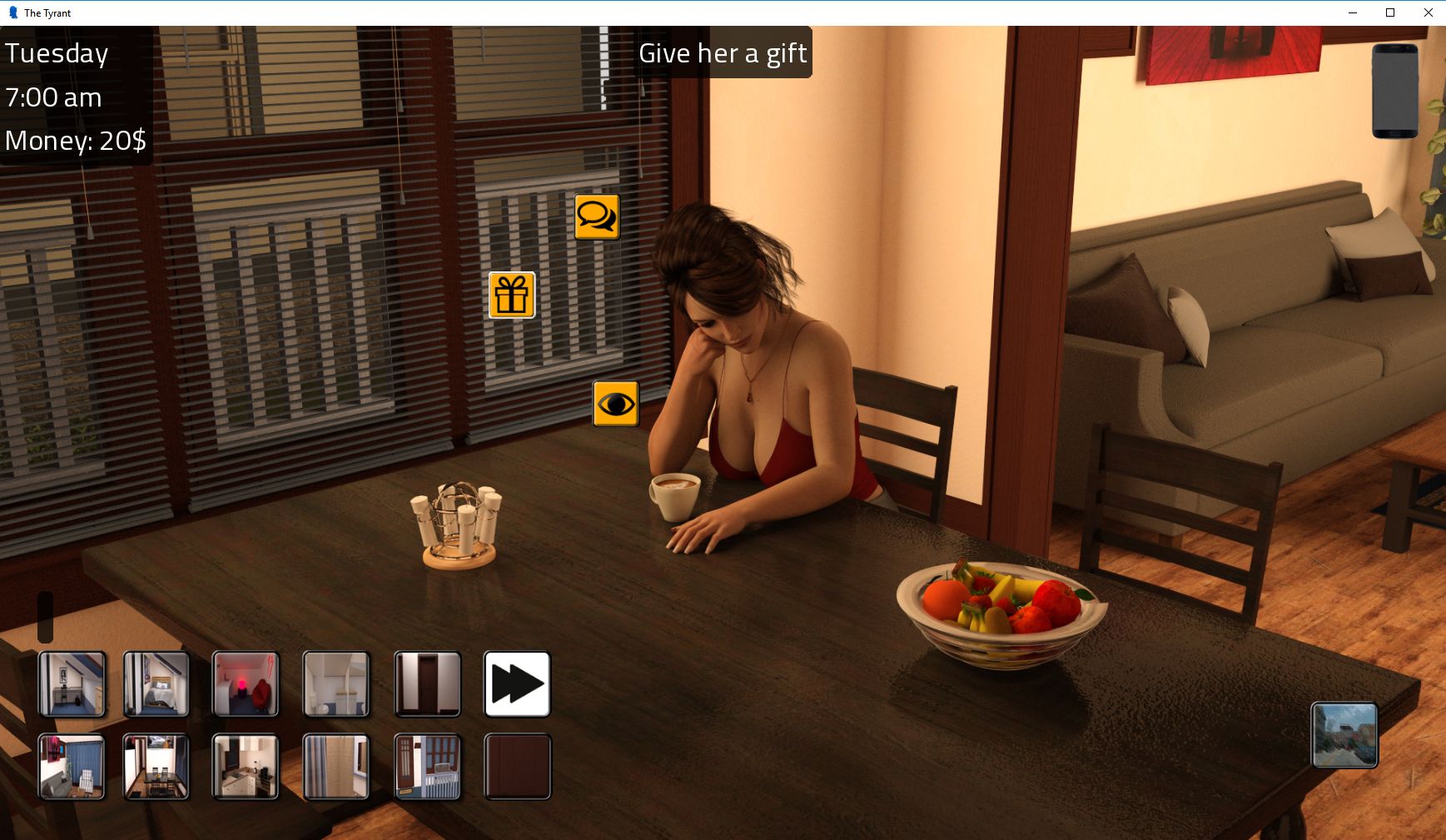 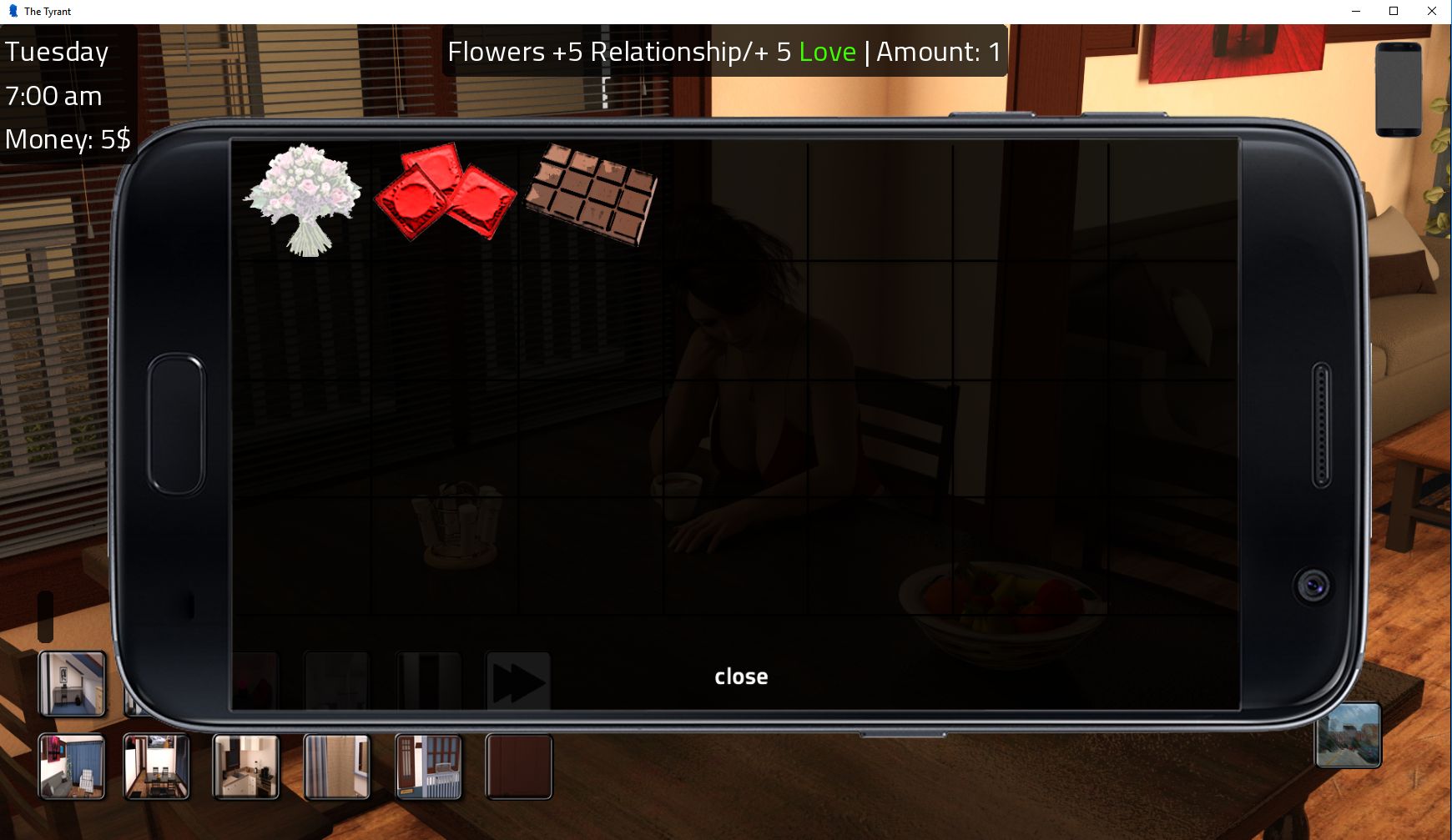 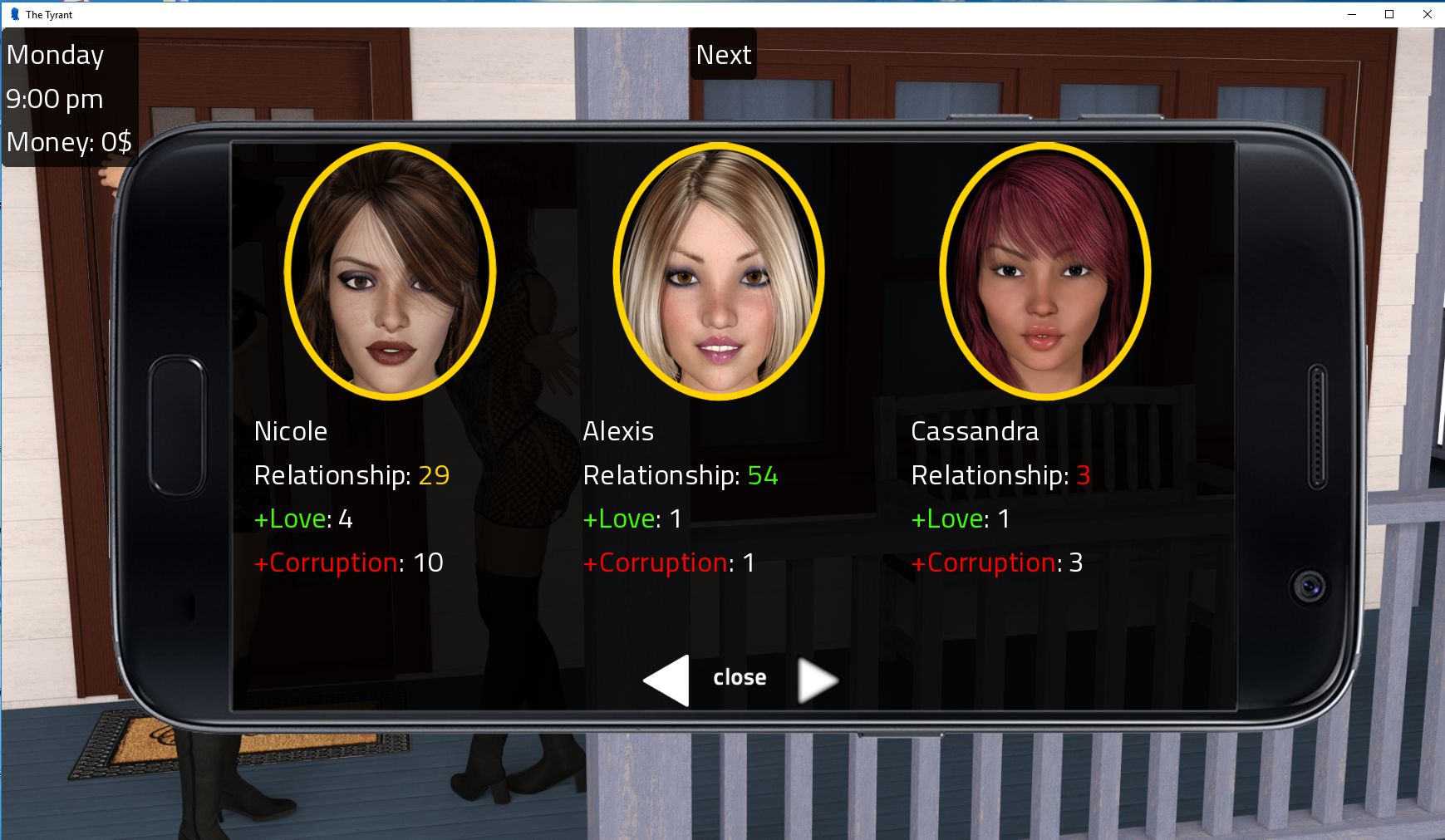 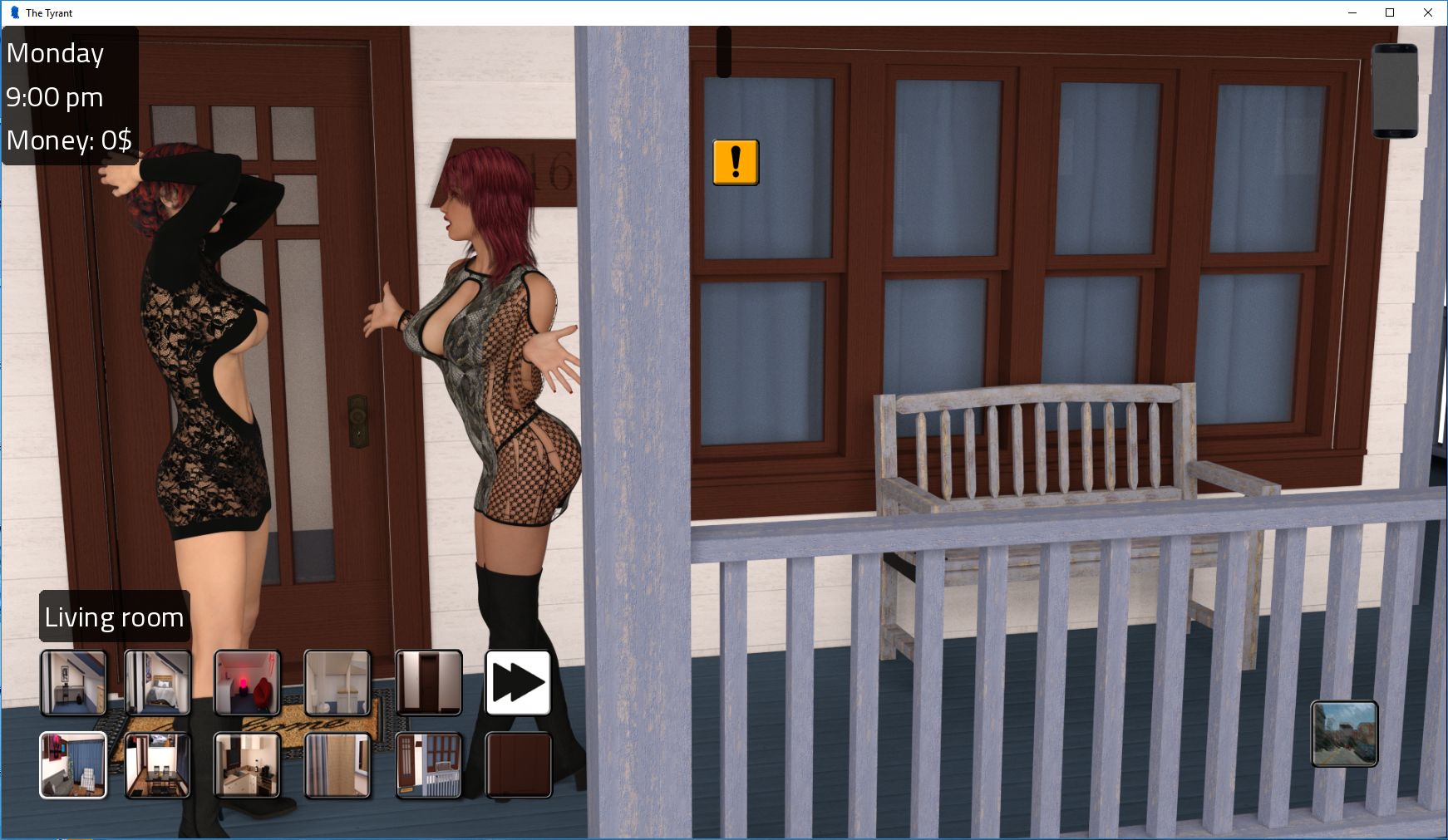 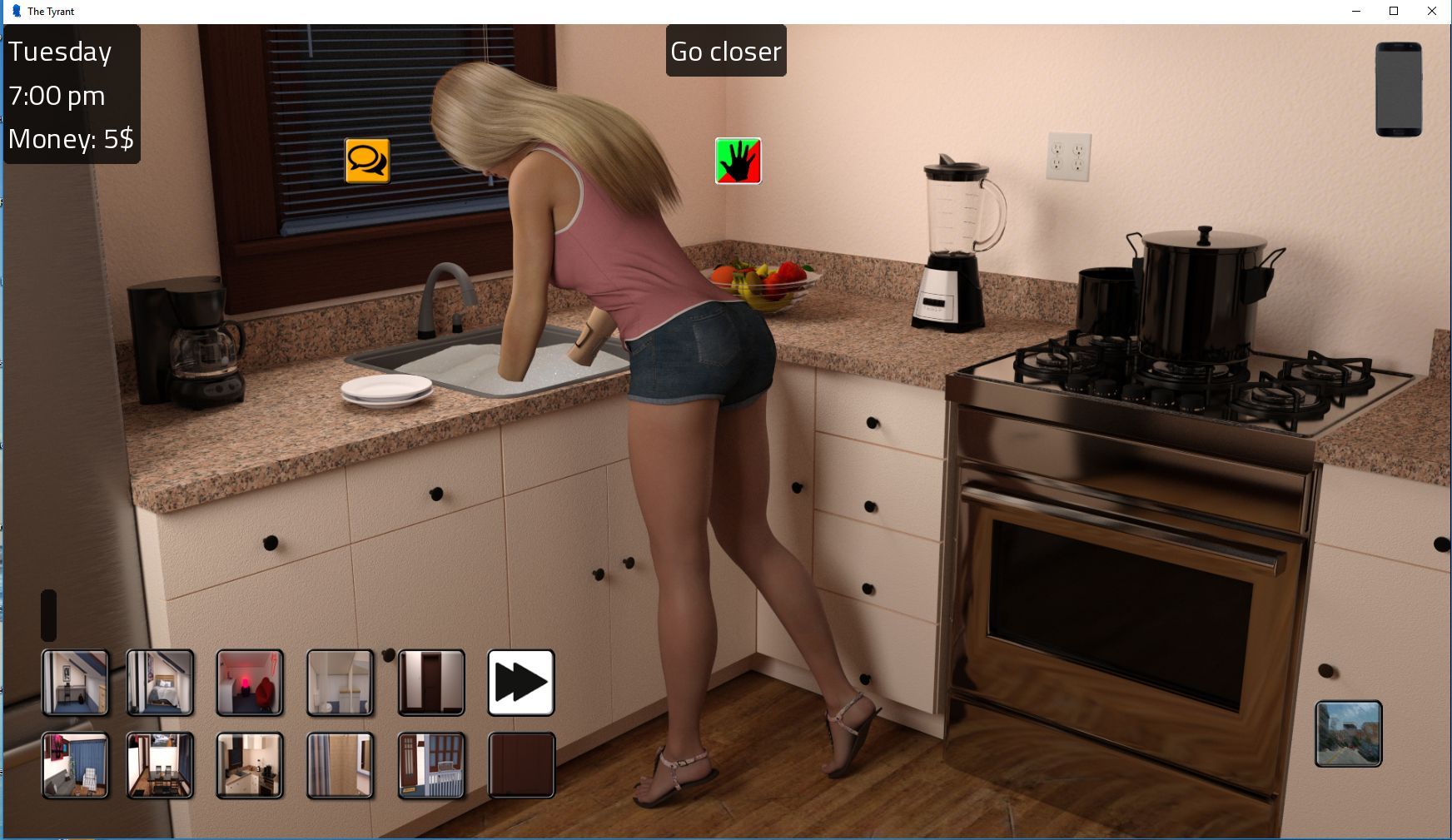