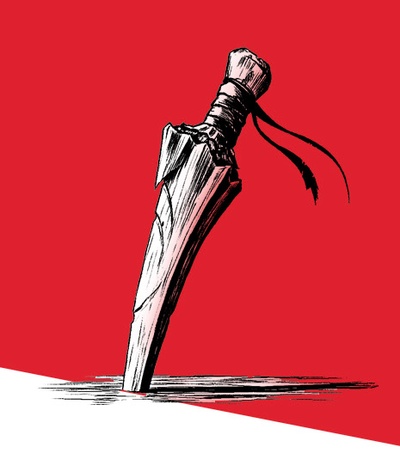 Support the development of Savage Dawn with a buck per month. This allows us to pay writers and artists to create new content and to keep our website up and running. 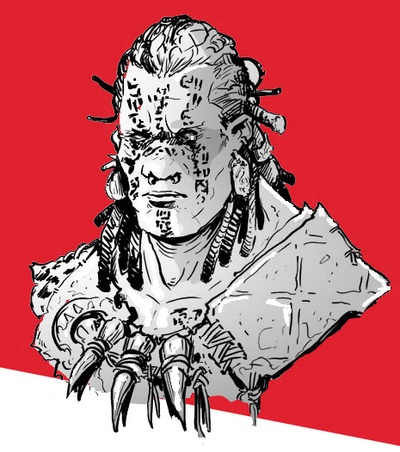 $3
per month
Join
Support the development of Savage Dawn with three bucks per month. You get access to all new content including the Patreon exclusive content on the Wiki and Discord Channel.
Includes Discord benefits 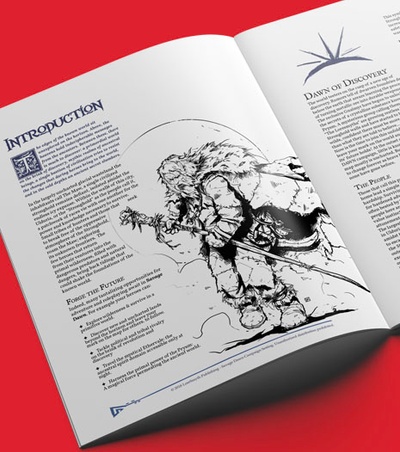 $5
per month
Join
Support the development of Savage Dawn with five bucks per month. You get access to the Patreon Exclusive content on the Wiki + Discord Channel + Printable Illustrated PDFs.
Includes Discord benefits

The edges of the known world sit unexplored on the horizon. Above, the firmament holds indecipherable messages from the ancestors. Below, a slumbering secret yet to be revealed. Between these there is much to discover: a primordial wilderness filled with dangerous monsters, mythic realms of ancestral beings, and a single bastion of civilization on the verge of technological advancement.

The world teeters on the cusp of a new age of discovery. Rumors tell of dwarven foundries deep below the ice where the craft of turning metallic ore into durable weapons is practised. The reclusive gnalmyr have begun to unlock the secrets of a crystalline substance known as prysm. A mysterious group calling themselves “The Loresmyths” grow restless inside the walls of Stronghold and have started to brave the wilds, confident there must be more to the world than what they are told to believe…

Now is the time to join this unfolding story, leave your mark on the world, and discover what its future holds! At the outset of a SAVAGE DAWN campaign, little is known of the world, its map mostly uncharted. But all of this is about to change forever as brave heroes venture where none have gone before...

SAVAGE DAWN is a primal campaign setting filled with lore that can be used with any TTRPG. This core of the setting is system neutral but Patreon content, including monster statistics and player options, are designed for 5e. Instead of being its own setting, you can also use SAVAGE DAWN as a mystical, arctic regional expansion in your existing world.

SAVAGE DAWN offers a refreshing roleplaying experience that will make you and your players feel like roleplaying again for the first time. By doing away with many of the cliches and throwing your players into a primal world not structured by technology and governance, you force them to think on their feet. Solutions and strategies that work in medieval settings may not hold up in a barren world without metal, laws, calendars, or even written language. Indeed, truth is often just a matter of which bonfire tale is passed from tribe to traveler....

In the world of SAVAGE DAWN, most classic fantasy races are present - in one form or another. Because our design can be system-neutral, our races follow the most popular "templates" and offer an exciting new take on the race. Alternatively, you can use the new 5e statistics exclusive to Patrons. You can play your character using your rules/race/class of choice, and use the flavor offered in our book to make it a savage character.


When Ossoth deceived his fellow divines to remain forever trapped as constellations in the night sky, terrible lightning storms raged - a cry of fury from the betrayed ancestrals. Mountains were born, rising high. Seas roiled. Torrential rains chiseled the face of the earth. Yawning ravines of unfathomable depths reached to touch the world's aching core. Then the cold came and put the mortal world to sleep for eons. Darkness reigned while the stars watched in silence. A new age dawned.

The wilderness of SAVAGE DAWN is as majestic and inspiring as it is dangerous. Massive mountain ranges ascend to unscalable heights while yawning crevices plunge deep into the core of the world where dungeons of unknown origins lie waiting in the cold dark. The unpredictable arrival of dawn unleashes savage storms of blowing ice and snow upon the landscape. The heavens operate without a discernible pattern, their movements instead heralding events in the world. When dawn does come, it brings with it the savage fury of powerful storms - blizzards that obscure sight and bury landmarks.

The Ethervale, the world where spirits dwell in the afterlife, exists alongside the world of ordinary mortals and manifests tangibly in this world. The ancestrals, spirits of all those sapient creatures that lived in the bygone ages, hold sway in this place. Passage to the Ethervale is only possible when the landscape is bathed in starlight, and only to those who can perform Songs of Passage.

Remember the days of 2nd edition where books came in sets of pages that you could put in your own binder? We have such fond memories of those days, that we decided to use that concept as the base for our campaign setting. Patrons get exclusive access to these richly illustrated and beautiful DIY-Printable page spreads on the private section of the Wiki.

$51.95 of $100 per month
Professional Illustration: The SAVAGE DAWN team will expand to commission professional illustrations of the new Patron-exclusive content, with the goal of creating printable pdfs published through DTRPG and for high-tier Patrons.
2 of 4