$2
per month
Join
My non-public updates require this level of access to see, and thank you for freeing me from riding around on a bike in an 80s movie begging for this amount from John Cusack.

$7
per month
Join
Be personally thanked by name at the bottom of every article I self-publish on Vocal and in the YouTube description of every original video I upload to YouTube. Thousands (and eventually hopefully millions) will know you personally support basic income and are actively helping fund its adoption.

You have the option of hearing me thank you by name at the end of every podcast episode. You can choose this tier at a discount by instead clicking the "support this podcast" button on Anchor and opting for the $10 level there.

Signed copy of Let There Be Money

$20
per month
Join
In additional to all benefits below this tier, you will also receive a signed copy of my book - Let There Be Money: Understanding Modern Monetary Theory and Basic Income.

Patron of the UBI Arts 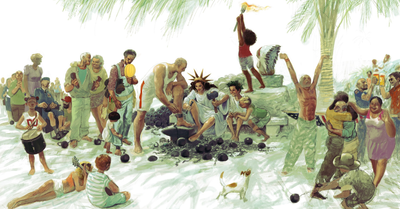 $30
per month
Join
After three months at this level of support you will receive a poster of the incredible illustration that Sinnerman created specifically for my article about the Freedom Dividend after being inspired by reading it. It's such a beautiful piece of UBI-inspired art, it needs to be hanging on walls, especially yours.
Includes Discord benefits
Exclusive Poster
Fulfilled by Patreon
After 3 months you'll receive this artwork inspired by UBI!
Global shipping included

A Year of UBI Merch 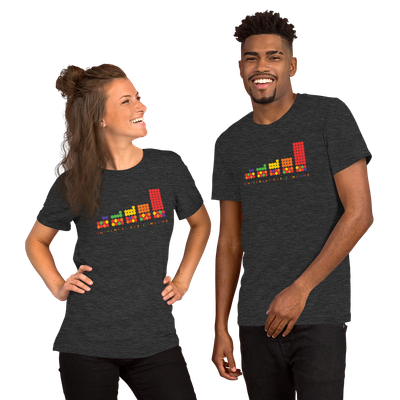 $35
per month
Join
Select this tier and get a new piece of UBI merch sent to you every 3 months for a full year!
Includes Discord benefits
Exclusive Merch
Fulfilled by Patreon
Includes
Global shipping included

Scott Santens here. You may also know me as that guy with a crowdfunded basic income, or that guy from the Atlantic article talking about robots and fish, or that guy warning about the effects of self-driving trucks before Andrew Yang was, or that guy talking about basic income on that podcast, or that speaker who presented somewhere at some point about the need for universal basic income. My latest projects are Basic Income Today, a new daily UBI News Hub, and also The Scott Santens UBI Enterprise which is my podcast that's available now on your favorite podcast platform. I'm also now the senior policy advisor to Mike Broihier in his Senate campaign against Mitch McConnell in Kentucky. Basically, if you've spent any amount of time looking into the idea of an Unconditional Basic Income (UBI), there's a good chance you've read something I've written, heard something I've said, or seen me talk about it on video or in person.

I'm a writer at heart and now increasingly an activist spending as much time and resources I have working to spread awareness for the idea of a unconditional basic income (UBI) - one whose time has come here in the 21st century where technology is now forcing our hand. Without an income platform set just above the poverty level as a bare minimum, I believe poverty and inequality will continue to grow, the middle classes will continue to shrink, and the livelihoods of all but the top fifth of society will continue to slip away. But it doesn't have to be that way. We're better than that. We can turn all of this on its head, and instead of things continuing to get worse, we can make things better than they've ever been. We can reduce risk and so propel innovation and creativity to new heights. We can reduce fears of unemployment and purposely eliminate low-skill jobs better performed by machines, freeing us to intrinsically do all the work that drives us. We can stop wasting so many resources on fighting the fires of our lives, and instead prevent them from ever catching fire in the first place. We need only make the choice. The path is ours to take.
Back in 2014, my most popular article I'd written about basic income became was "Why Should We Support the Idea of an Unconditional Basic Income?" It made Medium's Top 100 in June 2014, but it was surpassed by my article, "Self-Driving Trucks Are Going to Hit Us Like a Human-Driven Truck," in 2015 which was republished across multiple media outlets and garnered over 1 million views. In 2016, my article, "Deep Learning is Going to Teach Us All the Lesson of Our Lives: Jobs are for Machines," garnered over half a million views on Medium alone and was published in the Sunday edition of the Boston Globe. In 2017, my most read article was "The Real Story of Automation Beginning with One Simple Chart."

When not writing articles related to basic income, I am further researching the idea, and reading and writing comments as a moderator of the basic income community on Reddit - (/r/BasicIncome), where I've helped grow the community from the less than 2,000 subscribers it had when I joined, to over 60,000 today. I do what I can there to help make it a central place for discussion and learning in hopes of gradually gaining momentum for the social movement it will require to eventually be realized. I also run multiple social media accounts in support of basic income: @BasicIncome, Basic Income on Facebook, @rBasicIncome, rBasicIncome on Facebook, and help with the social media outreach of the Basic Income Earth Network (BIEN), the U.S. Basic Income Guarantee Network (USBIG), and now Manna. One of my larger projects back in 2014 was helping to organize a week-long series of Q&As on Reddit (there known as AMAs) for International Basic Income Week with prominent proponents of basic income from all over the world. I repeated this in 2015 with another series of AMAs.

Since joining Patreon, I've started my own blog focused on answering frequently asked basic income questions, my own Facebook page to better spread basic income awareness, my own podcast to reach podcast listeners, my own YouTube channel to help educate people about UBI with videos, and am a contributor to Futurism, the World Economic Forum, TechCrunch, The Huffington Post, The Good Men Project, and the Institute for Ethics and Emerging Technologies (IEET). I've also joined the board of directors of both USBIG and the Gerald Huff Fund for Humanity.

If you would like to read what I've written about UBI:

If you'd like to watch my various media appearances about UBI:

305 of 1,000 patrons
The more patrons who choose to support me here on Patreon, the more security my basic income will provide and the more support will be demonstrated for the idea of UBI itself.
1 of 1