is creating podcasts and local business 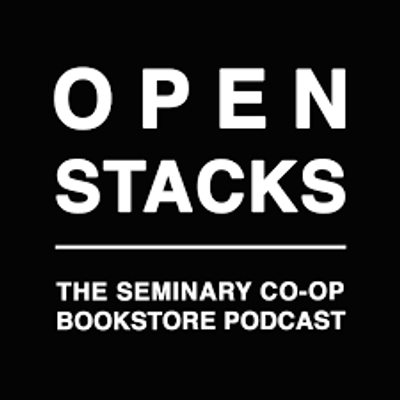 $3
per month
Join
Recorded live at Chicago's Seminary Co-op Bookstores, Open Stacks invites listeners to browse the Co-op's extensive selection of scholarly and general interest titles and sit in on the kind of candid discussions and lively debates made possible by the participation of readers in a public space. Each episode is thoughtfully assembled and edited, with the aim of expanding and encouraging a broader community of ideas. Now we invite patrons to go behind the stacks and join the conversation for access to more than 500 hours of extended and uncut recordings with scholars, poets, novelists and activists on subjects as eclectic as the books on our shelves.

About The Seminary Co-op Bookstores

Located in Chicago's historic Hyde Park neighborhood, the Seminary Co-op Bookstores have, since 1961, served scholars and students at the University of Chicago, readers throughout the under-served South Side, and acted as an epicenter of cultural and intellectual life for the city of Chicago. Its inventory reflects the literary and scholarly interests of its membership, many of them affiliated currently or previously with its neighbor and landlord, the University of Chicago.

57th Street Books, a neighborhood bookstore with a carefully curated assortment of general interest titles, including science fiction, mystery and cookbooks, was established in 1983. With a world-class children’s department, a deep backlist selection, and an enthusiastic staff, 57th Street Books has established itself as a gem among independent bookstores and was awarded the prestigious WNBA Pannell Award in 2019.

Both stores are unique and valued places of discovery, Chicago institutions where browsing and conversation are nurtured. In 2019, the Seminary Co-op Bookstores, Inc. became the country’s first not-for-profit bookstores whose mission is bookselling. Learn more about the Co-op's unique history and mission by visiting semcoop.com, where you can browse our Front Table, explore upcoming events, tune in to Open Stacks: The Seminary Co-op Bookstore Podcast, and more.