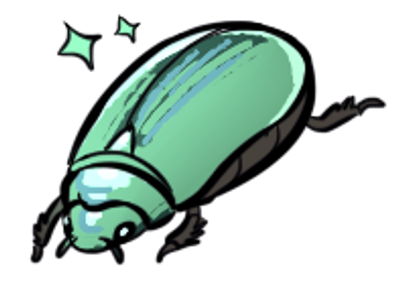 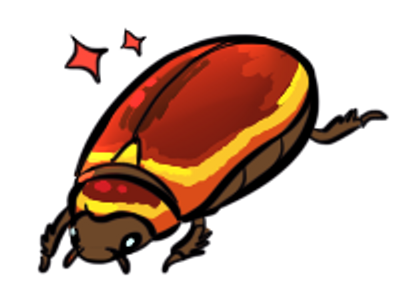 The Creators
Hello! My name is Abby, but between many friends and the net I'm known as Stabby, and I'm here with my partner T.Y Nereim to pitch Starfox Adventures the (Fan) Comic.

After playing the demo at a Best Buy in 2002, Starfox Adventures changed my life. And since that fateful day I've been eager to make a comic about it. At first it was probably going to be closer to how the game plays out, but the older I got, the bigger the story got. The game itself has many plot holes, character inconsistencies, and several unanswered questions that make it undesirable to a lot of Starfox fans.

I'd like to change that. Or at least attempt to make it more interesting and consistent.

Taking elements from Dinosaur Planet, Star Fox, and our combined imaginations, I want to fill the glaring gaps that the game is begging to have filled, as well as adding my own twists and spins on the story and it's characters. I've had many years to think this over and with my current abilities and the help of someone who knows more about comics than I do, I think now is the time to finally breathe life into this project.

Why Are We Doing This?
Not only is this comic meant to bring to light on how I interpret SFA, this project is meant to help us both learn more about story telling, world building, comic-making, scripting, consistent drawing, color, and teamwork. I graduated in 2014 as an animator, and while I like to animate I'm starting to wonder if that's really what I want to do as a career. So I'm going to use this childhood dream of mine to dip our toes into learning more about the comic medium. This will be a huge learning experience and will hopefully lead to making more comics in the future.

And earning income to do it will be more of an incentive to keep up with a schedule.

How Long Will This Comic Be?
I don't have a definite answer. The game itself is pretty long and adding more to it is only going to make it longer.

Let's just say it's going to take at least a couple years if everything goes as planned.

What Kind of Audience Will This Comic Be For?
We will be aiming this story at anyone 16 and up, along with any Star Fox/SFA fans. This story will contain blood, gore, occasional swearing, and touch on very serious real world issues. This is a story about war, racism, sexism, and genocide after all.

I mean, you can't possibly be saying that you didn't catch the super vague undertones when you played the game yourself, right?

What If I Don't Want To Give Money But Want To Read The Comic?
That's perfectly fine! Here's a link to our Tumblr and The Duck that updates every week! However the pages are shrunk down by 50%. Still readable though!

Risks and Challenges
Outside of Patreon and commissions, I do have a retail job that's unpredictable and very demanding. There will be times where an update will be late or we run out of buffer due to my energy waning from this highly stressful work. Worst case scenario, I may have to take an occasional hiatus to recover. But I'm hoping that the longer I work on this, the better and faster I will get and pages will become second nature.

Please expect that there will be inconsistencies, mistakes, typos, and style changes throughout the entire comic. This project is one giant experiment and is meant to help our skills as artists and storytellers.  And in turn that means there will be errors, especially at the beginning. I'm hoping to get good enough at some point where I can go back and re-do older pages even better than I could before.

Because this is a fan project, there's always a chance that we'll be forced to take it down. BUT, that doesn't mean we'll stop. What will probably happen is that this Patreon will turn into one that's for several other projects/works (fan and original) that we've been sitting on to eventually share and the SFA comic will be thrown into the mix. Though since I don't expect to get a whole lot of attention, I think we'll be ok. No promises though.