is creating a community for DIY publishers and artists

$1
per month
Join
Thank you! You're helping make SFZF accessible for your next favorite zinester! And you get full access to our occasional behind-the-scenes updates and interviews.
Pledge $5 or more per month
$5
per month
Join

Our thanks, early access to festival Table Map, and you can pick up a festival poster designed by our guest of honor.

San Francisco Zine Fest was founded in 2001, as a gathering place for underrepresented Bay Area writers and artists. Today, thanks to the efforts of countless volunteer organizers, SFZF has become the oldest and largest DIY publishing festival in Northern California.

Once a year at the County Fair Building in Golden Gate Park, we bring together 200+ exhibitors from the Bay Area and beyond, along with workshops, panels, and readings, and we do it all as a volunteer organization, with minimal exhibitor fees and free admission. In 2018, we met the needs of our communities by having two ASL interpreters at panels and workshops; we implemented a sliding-scale registration fee so artists didn't feel discouraged from lack of funds; free admission to all events; free wheelchair-accessible shuttles to and from the festival venue to BART; curated festival lineup for greater presence of first-time creators and historically disenfranchised communities.


During 2018, we welcomed more than 4000 people through our doors in just six hours, we led 11 zine-making workshops, hosted four readings, a pop-up zine fest, a karaoke night, sponsored 10 Bay Area folks for a bookbinding class, and held a zine picnic. Phew! And, we still have more events coming up! 2019 has just started and we've already had two workshops and more lined up for February and March.

The Bay Area has a long-lived and dedicated creative community! And we're honored to be part of it.

2018 guest of honor Nidhi Chanani being recognized by the State of California for cultural contributions.

However, in the eighteen years that we've been around, the Bay Area has become one of the toughest places in the country to be an artist. The same unprecedented rents that are forcing people out of their neighborhoods have long since been forcing people out of their art practices. We've seen how it's impacted our lineup from year to year, as longtime exhibitors move away or are made to 'retire' from creating; we've seen how it's impacted our own planning team, as our most dedicated organizers announce that they no longer have time outside of work.

And, of course, our own expenses have gone up. Since 2007, we've been lucky to have a home for our exhibitors in the 13,000 sq. ft. County Fair Building, but our costs go up every year — even as we scale back. Unless we do something now, our displacement, and the displacement of our exhibitors, isn't a question of if but of when.

For those of us who believe that art's first role is to be the voice of the disenfranchised, this is a worst-case scenario. So we've been asking ourselves: is San Francisco Zine Fest, founded on the idea that art should be accessible to everyone, truly doing its part?

In other words, What does a truly accessible arts scene look like? 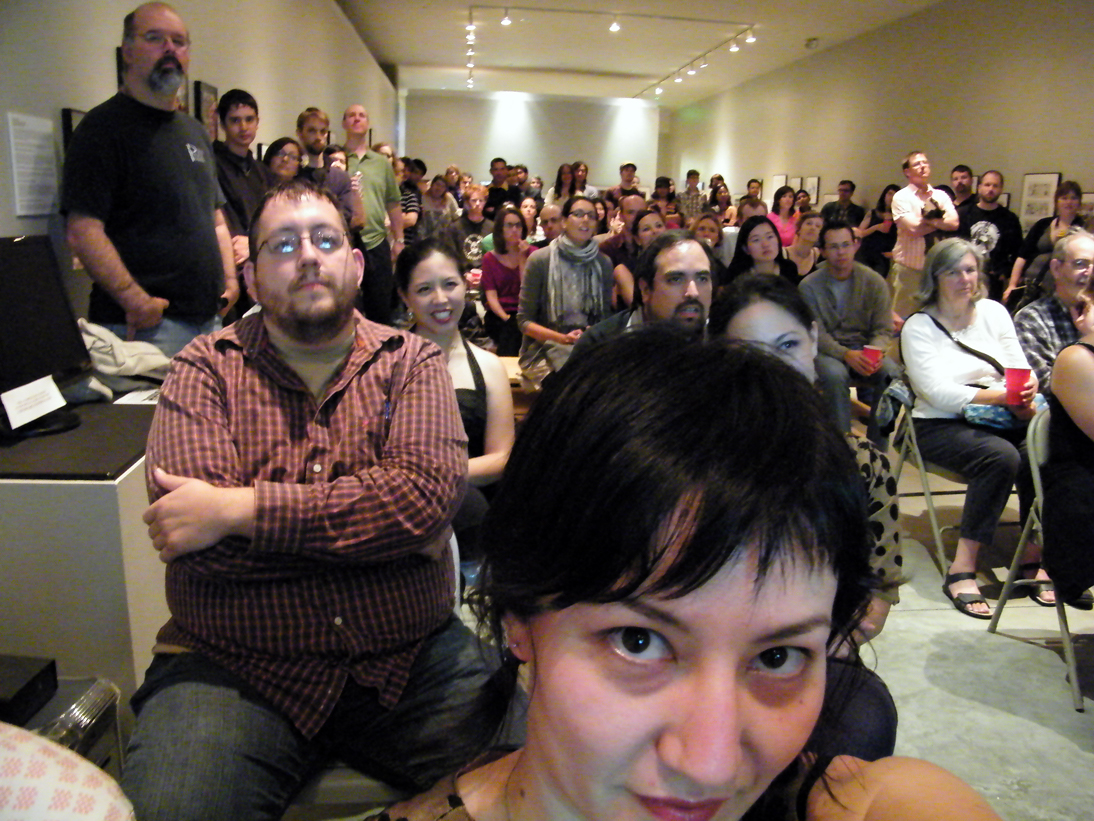 Our highest purpose as a countercultural space is to make artists welcome, especially those artists who are told they aren't welcome anyplace else: that's people of color, women, queer and trans folks, undocumented immigrants, people with disabilities, and everyone else who's been pushed out of artistic legitimacy by cultural, financial or physical means. If we aren't working specifically to benefit those folks, then we aren't a worthwhile 'alternative' to anything. So! In the last few years, we've:


An we've done all this while keeping all of our events free to the public, and our exhibitor fees at a reasonable amount ($45 for a half-table in 2018).

2017 guest of honor Trinidad Escobar during her Q&A panel.

But we need to do much more to keep up with the changes in the Bay Area. So, as of March 2016, San Francisco Zine Fest has nonprofit status through our fiscal sponsor the Intersection for the Arts, a 501(c)3. That means we can apply for grants, issue receipts for tax-deductible donations, and accept in-kind donations of goods and services. In other words, we've opened up a slew of new ways to fund the festival without cutting back on accessibility.

And this is where you come in.

Though our Patreon account, you sign up to make an automatic monthly donation to San Francisco Zine Fest in an amount of your choosing. We put that money to work to continue making our festival a welcoming home for the artists who need it most — through language access resources, through physical accessibility measures, through scholarships and travel stipends, through just running a well-organized festival — and through paid organizer positions, so that the next year's festival isn't shaped solely by anyone's access to spare time.

In exchange, you'll get something that we hope you'll find valuable for a very long time: the artist community you want to see in the world. (We'll throw a couple of other bonuses your way too.) Any amount, no matter how small it may seem to you, makes you a fully-fledged funder, with full access to our occasional behind-the-scenes content and interviews. And every dollar you pledge will get someone that much further in the door, that much more comfortable talking about their work, that much more capable of providing support to their own friends and loved ones. All our best, and we hope to see you soon, on either side of a table!