is creating podcasts and videos re-examining the Harry Potter phenomenon

$1
per month
Join
If you don't want to spare the extra for the bonus content but still want to show your support, we'd still hugely appreciate it! You can listen to the main episodes early too.

$3
per month
Join
With this level of support, you'll get access to all of the bonus content!

-Listen to each main episode early!

-Vote on the topics of upcoming long-form bonus episodes!

About The Shrieking Shack 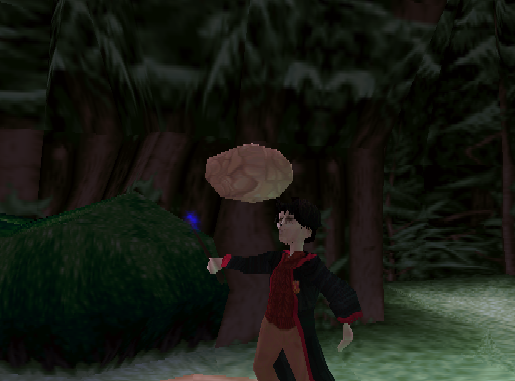 Hello, and welcome to the Shrieking Shack!

It's a commonly held truism that Harry Potter defined a generation, but we've long felt that there's precious little long-form analysis of the series from perspectives like ours: slightly exhausted. These books are often credited with inspiring activism, instilling liberalism, and providing a moral bedrock for millennials, but do they really deserve that kind of lofty, unquestioning praise?

We kinda don't think so. We're ready to be proven wrong, but for as much as Harry Potter defined both of our childhoods, our outlook on the whole thing has been tainted by memories of elves that just love being slaves, goblins that control the economy, book-long camping trips, increasingly irritating author behavior, and fucking Horcruxes. We are lapsed - or maybe more accurately, jaded - fans. And even though we desperately plead with the world to Read Another Book, we're shunning our own advice and re-reading them anyway.

The main show (the entire re-reading of the series and episodes about the films) are absolutely free! But there's so much out there to talk about when it comes to Harry Potter's massive impact on pop culture. We'll be producing full-length Let's Plays of the Harry Potter games, with weekly episodes! We will also be producing bonus episodes on topics like the Satanic Panic of the early 2000s, the public response to the drought years between books 4 and 5, famous (and infamous) fanfics, and JK Rowling's ludicrous old website. These will have no fixed schedule - we want to give these topics the time and research they deserve. We want to do the deepest critical dive possible into a massive media empire that is both inseparable from our upbringings, yet increasingly alienating. We'll also be open to suggestions for episode topics!

Your support helps us maintain our hosting subscriptions, and enables us to make purchases for the show like films, games, and other doodads. Thank you so much for any pledge you can make!

Recent posts by The Shrieking Shack