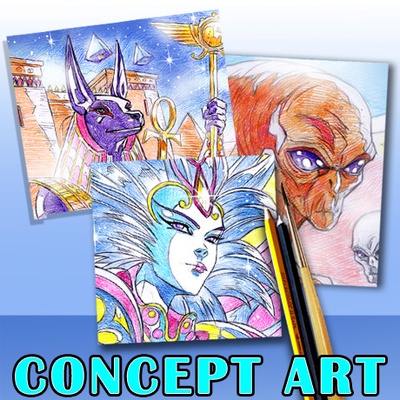 $1
per month
Join
Become an insider and follow the making of the SKY GODZ:

- Ask any questions regarding show, art, story or business. Answers in a monthly patreon-only video. 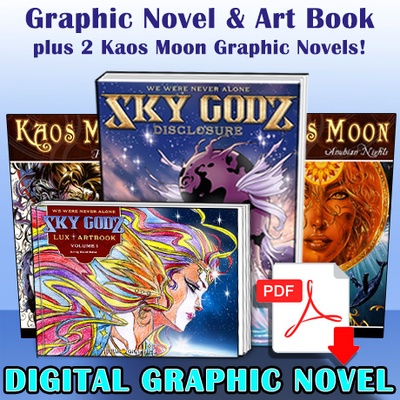 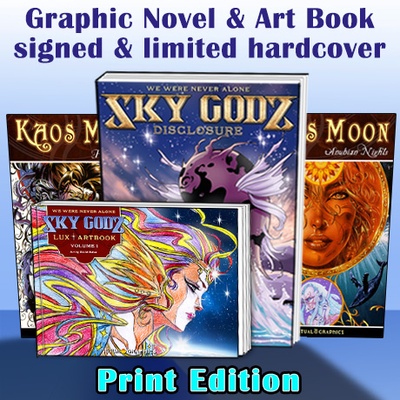 $10
per month
Join
-Get a  1 limited and signed hardcover edition of  SKY GODZ  Vol.1 after publication in Winter 2020 or Art Book per year shipped to you  (must provide address for shipping) of your choice.
- Shout out on the SKY GODZ Youtube channel.
- Plus all the lower tiers.

SKY GODZ is a series about the alien presence on earth from the ancient past to the present. Imagine an animated version of Games of Thrones meets Ancient Aliens. Join me on this exciting journey and become part of the new generation of dynamic creators who are taking advantage of the current streaming platforms to create original and inspired work. We got some really nice rewards (digital and physical):


About SKY GODZ - anime scif streaming series and graphic novels
SKY GODZ is the story behind the extraterrestrial presence on earth, the influence of alien races on the development of mankind and earth’s place in the larger framework of the universe.
The stories will be told from the perspective of an extraterrestrial race called the Anunnaki from the planet Nibiru who came to earth to mine minerals for their dying planet. Earth became the epicenter of a brewing cosmic war between the Draconians, the Orion Empire and the Galactic Federation. The series will follow the Anunnaki from their creation of modern humans though the Atlantean wars to early civilizations like Sumer and Egypt.

There will also be a graphic novel series that takes place in the presence and touches on the popular subject of “Disclosure” taking in account all the events from the past (anime series). Furthermore, a novel series will shed some additional light on the mythology of Isis and Osiris in light of the alien interaction in ancient Egypt.

About SKY GODZ creator David Boller
Born in Zurich, Switzerland, David Boller was raised on a healthy mix of Manga, French Bandes Desinées and American Superhero Comics. In 1992 he decided to attended the Joe Kubert School of Graphics and Cartoon Art in Dover, New Jersey. After graduation he worked for Marvel, DC, Acclaim, Wildstorm, Top Cow and Warp Graphics and many more. In 2008 he moved back to Switzerland and founded Virtual Graphics.Today, David lives Saint Gallen and enjoys success as an international graphic novel/manga, storyboard artist and animator.