is creating content and community for emerging artisans and their supporters 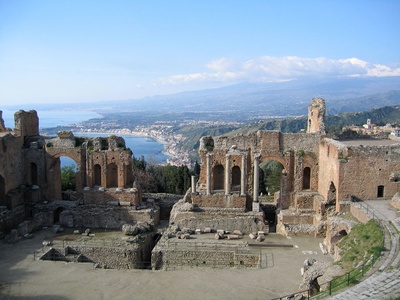 Thank you for choosing to support the online community behind Sleevehead, namely, Sleevehead Forum. The Forum’s mission is to become the leading community for anyone interested in emerging and established tailors and artisans in Sicily, the Mediterranean basin and beyond. 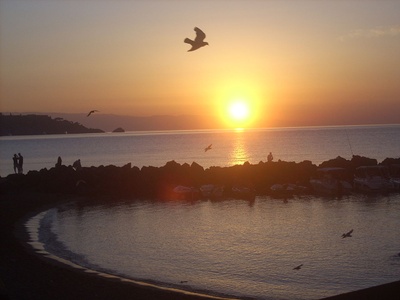 The Naxos tier is named after the first Greek settlement founded in strategically located Sicily more than 2,500 years ago. Thank you for being a fellow traveler and explorer in the world of craftsmanship, makers and doer-thinkers. 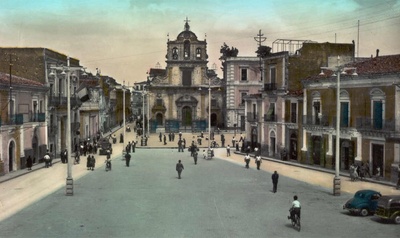 This tier is named after the second Greek settlement in Sicily. See a pattern? Thanks for being an intrepid adventurer in the world of makers and artisans. All citizen-makers/thinkers of Leontini receive:

Sleevehead offers a fresh voice and welcoming community for makers and their supporters. Our aim is to organize and empower a global community of consumers and artisans, tailors and makers, especially those who are less widely recognized.

I am seeking your Patreon support to: (a) create a lasting global community around emerging tailors and artisans from Sicily and elsewhere (b) develop more quality content on Sicilian tailors and (c) write a new book on men's style.

A little bit about myself. I love research, writing and “creative” social science (aided by a master's degree in political science). Most of all, I find the nexus of “think-create-make” to be my personal and professional center of gravity. In my previous career, I wrote on a range of technology and business topics creatively framed for the audience, as well as managed role-based communities for enterprises.

In 2011, I independently researched, wrote and published Sleevehead's Guide to Sicilian Tailors (SGST), the first and only guide to unlocking the last secret left in men's bespoke tailoring. Ignored for decades and nearly forgotten, Sicilian tailors have a tremendous story but no one was willing to tell it. I remember being shocked that tailors so skilled could be so unknown. So I decided to tell their story.

In 2017, I launched Sicilian Reserve to channel the last secret left in heritage bespoke tailoring and specifically targeted to those who are unable to travel to Sicily (co-launched on Kickstarter). I also updated and published a greatly expanded second edition of SGST.

In 2018, I launched Sleevehead.org to create the leading destination and community linking emerging tailors and artisans in Sicily, the Mediterranean basin and beyond, to a global network of supporters, enthusiasts and customers.

My next project is a key reason why I’m on Patreon. I’m writing a book that radically departs from the conventional approach to menswear.

The working title is Sartorial Personae: A Taxonomy of Style. Currently, the book is a 40,000+ word draft which I estimate is about 50 percent complete.

As a good friend recently said to me, the current literature in menswear essentially focuses on two things - “rules and addresses”. For more than a decade, sartorial pundits and fans have focused on two menswear addresses - Savile Row and Naples.

In my first book SGST, I uncover a completely new and overlooked sartorial address - Sicily. Moreover, I argue that Sicily is not simply another address but constitutes the third most important Western tailoring tradition after Savile Row and Naples.

With Sartorial Personae, I pursue a similar strategy by moving away from the traditional menswear focus on sartorial rules. Instead, I offer a fresh perspective on the well-trodden topic of men’s style.

Sartorial Personae will be the first cohesive treatment of classic masculine style icons such as Cary Grant and Fred Astaire bound together in a single, holistic framework. By cohesive and holistic, I mean a systematic analysis of their iconic styles and how the totality of their differences and commonalities relates to your own style.

Your support will be invaluable in completing the first systematic and holistic treatment on men’s style combining biography, history and social science with a contrarian lens and perspective.

I hope you will join me in making your sartorial journey part of a larger community writing the next chapter of menswear, tailoring and craftsmanship.

By meeting this goal, I can augment the book’s text with supporting visual material. I will be able to begin securing copyright permissions and pay any fees for copyrighted visual source material (e.g. photographs) needed to illustrate key concepts.

The copyright use fees may exceed my budget, especially in the case of well-known style icons whose estate or copyright holder may charge a significant fee to reproduce a photo. In that case, as a substitute, I will contract with a free-lance illustrator to provide sketches, artwork and graphic design.