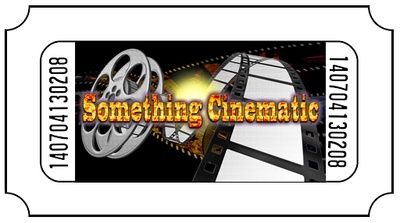 $2.50
per month
Join
By making a pledge on Patreon, you'll receive the following perks:
1. Early access to series Cinematic Adventures and Cinematic Experience
2.Behind the scenes of SC Videos
3.Special content like bloopers from Cinematic Adventures
4. All patrons will be mentioned at the end of every video

Greetings. My name is Tim but some may know me as Timdiana. I'm an independent film journalist that has contributed with a number of sites over the years. Along with my written content I've also produced a number of videos with the most notable being my review series: Cinematic Adventures. For sometime now I've been establishing my own brand, Something Cinematic, and have made new leaps with it by starting my own site somethingcinematic.com. Now I'm taking the next step and this page will play a vital role in that endeavor.
What is Something Cinematic?
First things first: just what is Something Cinematic? Something Cinematic is an independent outlet that covers film in various formats like web series and weekly reviews for the newest films in theater. Along with making a variety of content, Something Cinematic's second objective is to help others with their own creative projects; whether if they need help with editing a video or if they just need a second opinion on a project. From entertainment to creative input, Something Cinematic's goal is to respect this medium and emphasize the importance of film as both a means of escape and an artform.
SC on Patreon
When it comes to being on Patreon, the goal here is to just add to Something Cinematic's income; although this platform will also go to fund future projects. Yet instead of  having multiple tiers this page will only feature one. This is part of a new strategy of using multiple platforms that will feature their own perks. In the case of Patreon, patrons will receive exclusive content for the series Cinematic Adventures and Cinematic Experience. This content will include early access to videos as well as behind the scenes footage on both series. Patrons will also be featured in the credits of SC videos and get exclusive updates to upcoming content.
How you choose to contribute is entirely up to you. Any help will be appreciated as it will aid in making Something Cinematic a place for moviegoer, by moviegoers. So let the adventure begin.
For more exclusive content, head over to Subscribestar and Ko-fi and become a patron.

$2.86 of $60 per month
Video Hosting: I would like to transfer my videos to a cloud service and host them to my site. Right now I'm looking into buying space from Sproutvideo and it's not too much; but I do need help to require it. If I can get the space then I will no longer have to rely on the likes of Youtube as I will be able to host my content independently.

Recent posts by Something Cinematic