Buy me some milk 🥛

trace.moe (WAIT: What Anime Is This?) is an anime scene search engine for Japanese Anime. From a screenshot, it can tell which anime, which episode, exactly which second the scene appears. The system has indexed over 700 million frames of anime, and kept up-to-date with latest anime. 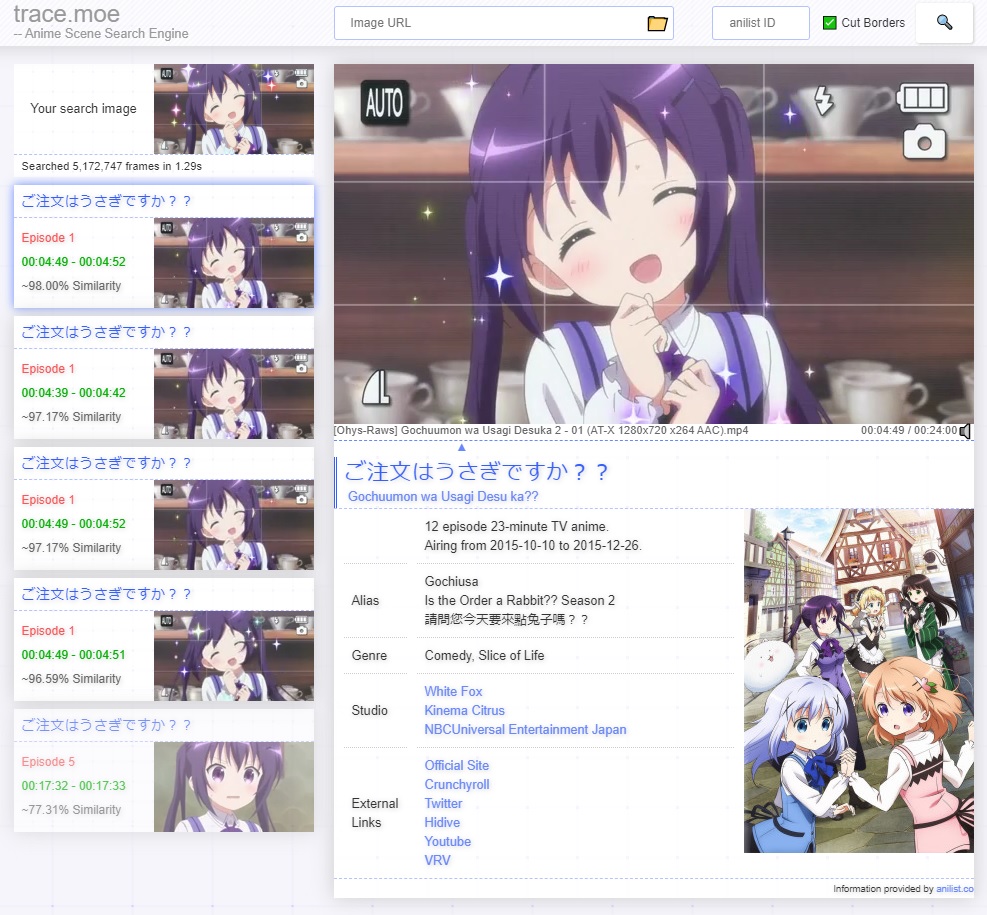 Thanks to donations from previous paterons, the server has upgraded to speed up search from 5~20 sec to under 0~2 sec.
But now the system is still not very accurate due to hardware limitations. With your help we can increase database coverage and accuracy, while keeping the search engine fast.

$126.43 of $300 per month
Server upgrades and expansion.
Keep database up-to-date by expanding storage to accommodate space for more anime.