every contribution for every mile will get a thank you postcard from the road. track my progress on roadtrippers and name the town you want the postcard from! 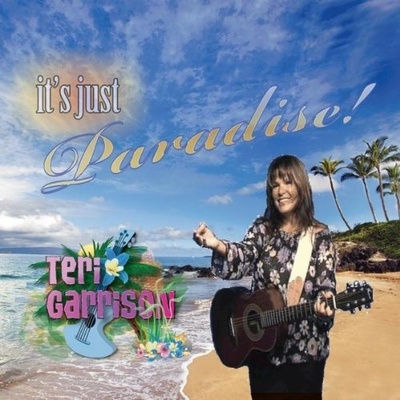 brand new signed copy of my Hawaiian CD "It's Just Paradise" mailed to your address. (allow 2 week delivery time as the Spaceship has wheels to the ground)

What IS Spaceship Tent Revival?
First and foremost:  the idea of laughing at forced structures that polarize and squeeze the life out of what we need most:
Love - loving each other and the love of the Creator. Read John 4:24-25 to underline what I wrote. Those verses are my Compass Rose for this music tour.  We need it more than ever here on earth. 1 John 1:5    1st commandment.  James 1:27.
I believe we need it more than ever on this earth.
I believe "Spaceship Tent Revival" is for such a time as this.
This spring I set my sights on beginning a life long dream of "Spaceship Tent Revival" with the first goal being to bring some music and joy to new and old friends along the way.
Spaceship Tent Revival began officially July 15th, 2019 when I set off from Los Angeles thanks to the efforts of my manger, Rick Davis and producer/bass player 'ohana, Don Lopez to go on tour with award winning KANEKOA.
We toured up and down California and Nevada: I driving solo in my humble minivan which now needs repairs to make it to Taryn in Wisconsin.
As it stands, the first NEED for "Spaceship Tent Revival" is @$450 to buy and replace the "Ballast" on my headlight so I can drive across country safely at night. The cost of the 'ballast' component itself is @ $300 according to my mechanic last night where I stopped here in Palm Springs.
The first WANT "Spaceship Tent Revival" is funding for video equipment etc so I can begin a documentary of "Spaceship Tent Revival"
As this need gets supplied I will post the good news and short pre-pro youtubes to follow.
the second WANT is your want: as you are able to donate, earmark the donation with your want and if I can, I will as I drive to Wisconsin and Taryn. Here's an example: "Here's $20, if you drive through Las Vegas on the way to Wisconsin, please stop at my dad's house and buy him his favorite burger and pray for him."
"here's $10, buy a meal for a veteran along the way"
"here's $200, buy a GoPro stop in Iowa and film a video of my grandmother and sing her a song and put it on youtube."
That is Spaceship Tent Revival.
What's your want?
Where did I get this idea? It comes from years of being on the road touring with such legends as Willie Nelson, Fabulous Thunderbirds, C&N, Hoyt Axton, Leo Kottke and more and just recently KANEKOA. From years and thousands of benefits I've sung at and fellow musicians at these benefits who've inspired me. From Farm-Aid to domestic violence shelters to the benefit for the Big Island Volcano survivors at Nalu's (Mahalo,Ron) It's been the golden thread of my music career. Time to start spinning some thread of my own.
When I tour - in between and after the show, there are so many "Miracle Moments".  Signing autographs after shows opening for and singing with Willie Nelson, people would ask me: "Would you sing at our church, would you sing at my birthday party if you're still here?" Sometimes it would work out and the blessings and divine appointments that came from those gigs and my songs were surreal. I have so many stories...here is just one:
As my 11 year old and I were driving back to Austin Texas in my 20 ft toyota rv after some opening acts with Willie Nelson and family, I rented a space for a night somewhere in Oklahoma for a night. The next morning I got out my guitar and was working on a song. A few people gathered around, so I started taking requests: Hank, Willie, Dolly...so I know all those songs and sang them to happy, hungry eyes at the RV stop. Then I took my leave ending with "Amazing Grace".   A teary eyed lady approached me and pressed a few bills into my hand. "Take this", she said, "because God used you to answer my prayers. I've been praying for 20 years for God to send someone to sing "Amazing Grace" to my husband who won't let me talk about the gospel but loves that song."
I prayed with them both with big hugs goodbye and left...thanking God for the gift of song.  So...it's time to get the courage to do what been's on my heart for 20 years: "Spaceship Tent Revival" I just got my son through his college degree in New Media Arts. He just moved on his own and doing great. It's time to go after my dream now:

"Spaceship Tent Revival" Coming to your town soon? Be a part of this dream.

added offers: $100+ (plus gas miles) I will come to your town for one day and film you as part of the "Spaceship Tent Revival" documentary
$30 signed "It's Just Paradise!" CD mailed to you (because I'm traveling there is a 2 week delivery time)
$40 signed "It's Just Paradise!"  tshirt mailed to you (pre-order until quota of 50shirts pre-ordered)
$40 signed "Spaceship Tent Revival" Tshirt/baseball cap (pre-order until quota of 50 pre-ordered)