$1
per month
Join
Thanks for supporting our efforts and helping to ensure we can continue to tell this story. We could NOT do this without your support.

$5
per month
Join
See my latest comic before anyone else! 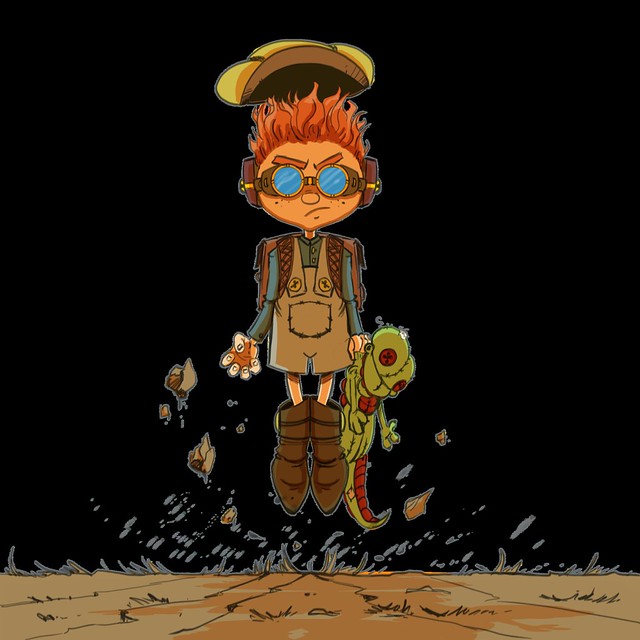 " The Spectra Chronicles is, at heart, the story of Huxley -- an eight-year-old autistic boy who becomes the hero not in spite of his autism, but precisely because of it.

Artist James and writer George tell the story out of personal passion. Both have autistic sons they have come to see as archetypal superheroes: people with unique abilities that allow them to do what others cannot, but which also make it hard for them to live “normal” lives.

Huxley lives in an arcane-punk world, filled with powerful magic and dark forces. His sister, Kyra, is one of the Spectra, an ancient sect of women charged with protecting their homeland using the emotional magic of Elossa.

Though it gives them great power, they do not know -- yet -- that they are only wielding a fraction of Elossa’s potential; their compartmentalized minds cannot contain its full force. As the darkness of Eboleth looms, however, Elossa chooses Huxley and his unlocked, autistic mind, throwing centuries of custom and tradition into chaos.

To protect her brother from the zealots of her order, Kyra must take him and flee before he is killed or darkness turns him. As they flee, Kyra must learn to communicate and connect with a challenging and odd little brother she barely knows so that, together, they can use Elossa’s power to save themselves and their world.

Our goals with Spectra Chronicles are straightforward. First, we want to tell a great story people will love in its own right. Along the way, we want to give autistic kids and their families heroes they can truly relate to, without patronizing them (we never use the term “autism” for example, but those who know what it is will recognize it instantly). Finally, we hope to help everyone see autistic kids the way we see them -- as people with incredible gifts and abilities who struggle to live in a world of mere mortals.