is creating an Actual Play RPG show with professional authors

$1
per month
Join
At this level, you have our most sincere thanks. Believe us when we say that every bit helps in supporting us as we bring our unique blend of science fiction and fantasy podcasts to you. Your support helps us pay our audio editor Rudy Basso and keeps the episodes releasing more regularly.

Plus, you'll benefit from the milestones if we reach them.

$3
per month
Join
At this level, you'll get access to some bonus video/audio, including special episodes (at least two to three a year).

These episodes will cover topics like using skills from prose writing in RPGs, basics of performance for RPGs, and narrative construction in an improvisational environment.

You'll get access to behind-the-scenes videos like Session Zero and GM streams for games where applicable (Rebel Crown, etc.)

Plus, you'll benefit from the milestones if we reach them.

$5
per month
Join
At this level, you'll get access to additional special episodes (one to three a year).

These episodes will discuss new (or new to us) role-playing games that we're excited about. (What's hot on Kickstarter, what games we've gotten and can't wait to play, and how we're going to wrap our heads around whatever cool and weird high-concept game we've acquired most recently.)

You'll also get access to all of the previous tiers' rewards, including the special bonus episodes from the Double Damage tier.

Plus, you'll also benefit from the milestones if we reach them.

Speculate is now an Actual Play RPG show with a rotating cast of SF/F professionals, including Valerie Valdes, Maurice Broaddus, Bryan Young, and many more!

“One of my must-listen podcasts.”
—Paul Weimer, SFSignal

Speculate! is run by Gregory A. Wilson, Michael R. Underwood, and Brandon O'Brien, three fantasy and science fiction authors and veteran role-players. The show ran for seven years as a literature-focused show and has found new life as an Actual Play RPG show. We've had the opportunity to feature writers, editors, agents, and other professionals from across the world of science fiction and fantasy, showcasing storytellers as they bring their skills from a variety of disciplines to the table.

If you're new to the show, check out our ongoing Blades in the Dark series "The Case of the Cindered Seal" - GMed by Brandon O'Brien and with players Jeoi Gawain Lin, Valerie Valdes, Iori Kusano, and our own Michael R. Underwood. This series uses the Fugitives crew sheet designed by Brandon!

You can also get a taste of the show one of our limited series or one-shots:

Blades in the Dark - The Gloaming - GMed by Mike - with players Brandon O'Brien, Valerie Valdes, Jaym Gates, and Greg. 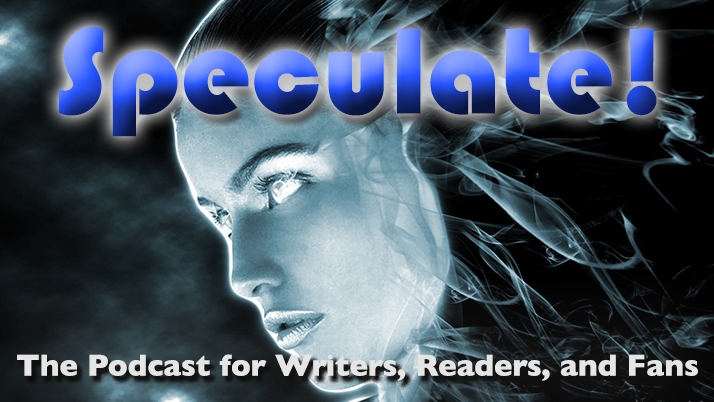 Each episode comprises part of a play session and/or our Table Talk segments, where we reflect on the session out-of-character, discussing acting and narrative choices and the design of the game itself.

Thanks to the support from our Patrons, we've been able to hire Rudy Basso as an audio editor, which has allowed us to bring more of our high-quality content to you faster. Our actual play episodes are free and will remain so.

We have special bonus episodes just for Patreon subscribers, including discussions of new and upcoming games, theory and discussion about how to run and play tabletop role-playing games, and more!

Some of our recent special episodes include:

Playing and running Blades in the Dark, Networking and Promotion for Writers in the Digital Age, and the Session Zero for our Rebel Crown series.

Please, take a look at the rewards and find one that appeals to you. We hope you like what we do, and we'd love to you have on the team!