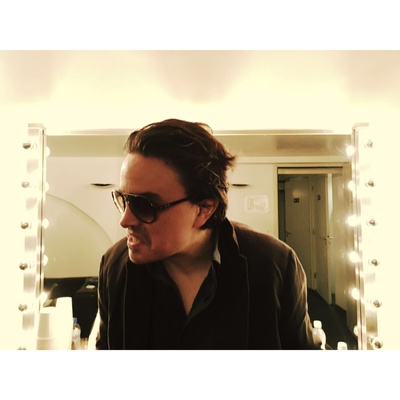 A newly written song every month, and access to all new songs from previous months. The song-a-month collection started January 2019. 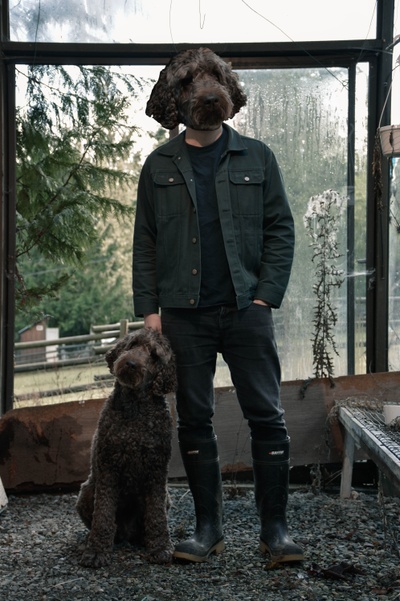 $3
per month
Join
All the songs from Tier 1, plus a monthly post of bonus material: unheard B-sides, new versions of old songs, readings / writings, live concert recordings, etc. Everything previously posted to this tier is made available as well.
Tier 3 - The Three-Eyed Raver 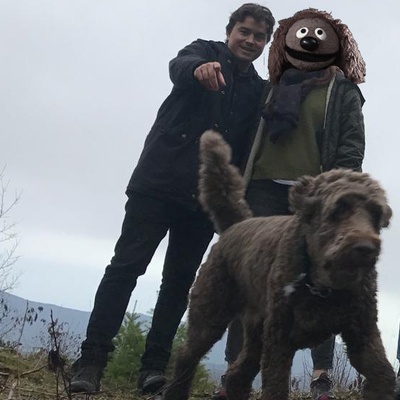 $5
per month
Join
Everything in tiers 1 and 2, plus monthly compilations of improvised music or music composed using improv and random techniques. Disclaimer: I am not a jazz musician, this music is rough around the edges.

Here is where I post a new song every month; written and recorded by me, not released anywhere else, and completed just days if not hours before being posted. I include a little write-up about where the music is coming from as well, for anyone interested in that sort of thing. Accessing these posts is $1 per month, and if get caught up staring at the wall and miss a month I’ll pause the campaign so nobody gets charged.

Why am I doing this?

Over the past fifteen years I have made a lot of records (nineteen LPs and eight EPs according to wikipedia, wtf) with a number of projects; Wolf Parade, Moonface, Sunset Rubdown, and Swan Lake being the most relevant to me. And while I’m grateful for all that experience, I’ve always been frustrated by the huge and kind of pointless amount of time it takes for the music to get to your ears after it leaves my hands. By the time you’ve decided whether you love or hate a thing, I've stopped thinking about it entirely. This long gap is because the music industry likes to work, for better or for worse, in a particular way. But the disconnect puts you the music fan, and me the songwriter, in very different places when considering the same music, and I think it’d be better if we could hear things from more or less the same place. I love the idea of posting a new song, one that represents where I’m at artistically that very day, knowing that people will hear it instantly. I love the idea of touring material that’s as fresh to me as it is to the audience. So the above-mentioned time gap is one that I am trying to close here.

I’m not abandoning completely the idea of whole albums. I’ll continue to write and release LPs with Wolf Parade, or any other project / time wherein it makes the most sense to work that way. But right now the common paradigm of slowly compiling songs, recording them all at once, releasing them on a label six months later and then taking them on tour… well, it’s just no longer a model that makes sense for me, artistically or financially. The way that I want to engage with and represent my solo work has changed, so I'm leaving old models behind. This is me trying a new kind of way.

What sort of music will I be posting?

In 2019 the new songs I posted here each month consisted mostly of piano and voice. Sometimes I played an old synth instead of piano, sometimes I added digital rhythms or strings, another singer, or random effects, but for the most part I was trying to keep it simple. I wanted to revisit the challenges / rewards that came with making the Moonface LP “Julia with Blue jeans On” in 2013, an album made solely with live piano & vocals, as well as the “City Wrecker” EP made the following year. Returning to acoustic piano in 2019, here on Patreon, and then for some subsequent touring, was one of the best decisions I’ve made in a while. There’s a dreamy energy in a real piano I still can’t find anywhere else.

That said, now in 2020, the style of songs I post here will drift from piano and become more varied. I am about to start touring again with Wolf Parade, and with less access to my little home studio, the instrumentation of each song will depend on where I am that month. While traveling I’ll be exploring more portable ways to write and record (laptops, digital stuff, maybe guitar, I don’t know - still vocals though), and when I’m home I’ll probably lean back into keys, acoustic and analog instruments. I’ve always made albums that differ stylistically from one another, and now, sharing songs with you one at a time as I write them, employing a creative process which includes the listener as much as possible, I’ll be slowly making an album not just stylistically different from the last, but wherein every song is its own little beast. Could be cool. And then, in 2021, we’ll go forward…

Tier 1 (The Single Tear) is for those who want to keep things simple and only hear new material. The monthly song, as described above, is here for $1 / month.

Tier 2 (The Robin's Egg) is for anyone who wants to hear the new track described above, plus a little something extra; a monthly installment of randomness, a note-ful surprise. Unreleased recordings and demos which have not yet seen the light of the internet, new piano versions of old songs, readings / copies of my attempts at writing, unseen show footage, and whatever else I sincerely believe is worthy (I promise it will never just be a photo of me at the beach), will be posted monthly to this tier. And of course I’ll add a little description about the origin and makeup of the content.

Tier 3 (The Three-eyed Raver) will contain everything included in tiers 1 and 2, plus compiled samples of improvised music. Let me explain: About three times a week I sit down at the piano and just improvise for 15 to 20 minutes - a kind of zen-out meditation exercise I indulge in - and I record it. Often enough the little ideas documented in these improvisations are the seeds of whole songs. For the interested fan, there is a lot music in these recordings that is never heard by anyone except me, so I thought it could be cool if I started posting 5-10 minute compilations of the more inspired moments. To be clear, this is just instrumental music, completely improvised, with no vocals whatsoever. And I am not a jazz guy; you won’t hear any informed modal exploration. Nor am I even technically very good at piano, as in, there are definitely some rogue notes, bonus tones, skronkers. It’s not “perfect” music. But you’ll hear me kind of searching around for ideas, or zoning out to the repetition of whatever groove I happen to find that day, and sometimes this can make for interesting listening. I’ll try to cut the compilations together as artfully and dynamically possible for those that join this tier. (And I have to say this one makes me a little nervous. I've never shared my improv stuff with anyone until now, but I’m curious to see if any of you like it! If no one does, if it just kind of slumps and stinks, then we can ditch this tier. Everything is moveable.)

If you’ve read this far, thank you. If you decide to subscribe and help support this musical experiment, then thanks even more. As I explained above, I’ve decided to move my solo work away from record labels, so any money made here can now help with things like pressing vinyl, subsidizing tours, future recordings, and me continuing to exist as an artist in general. And of course I hope you like the music! Made by me, it will be a little strange, but honest.