is creating a cute 3D platformer

Thanks for your support!!

Hey! I'm Cadet (@splaffinator) and I'm making a new 3D platformer starring an otter! You're probably here because you've seen some of the stuff from it on Twitter: 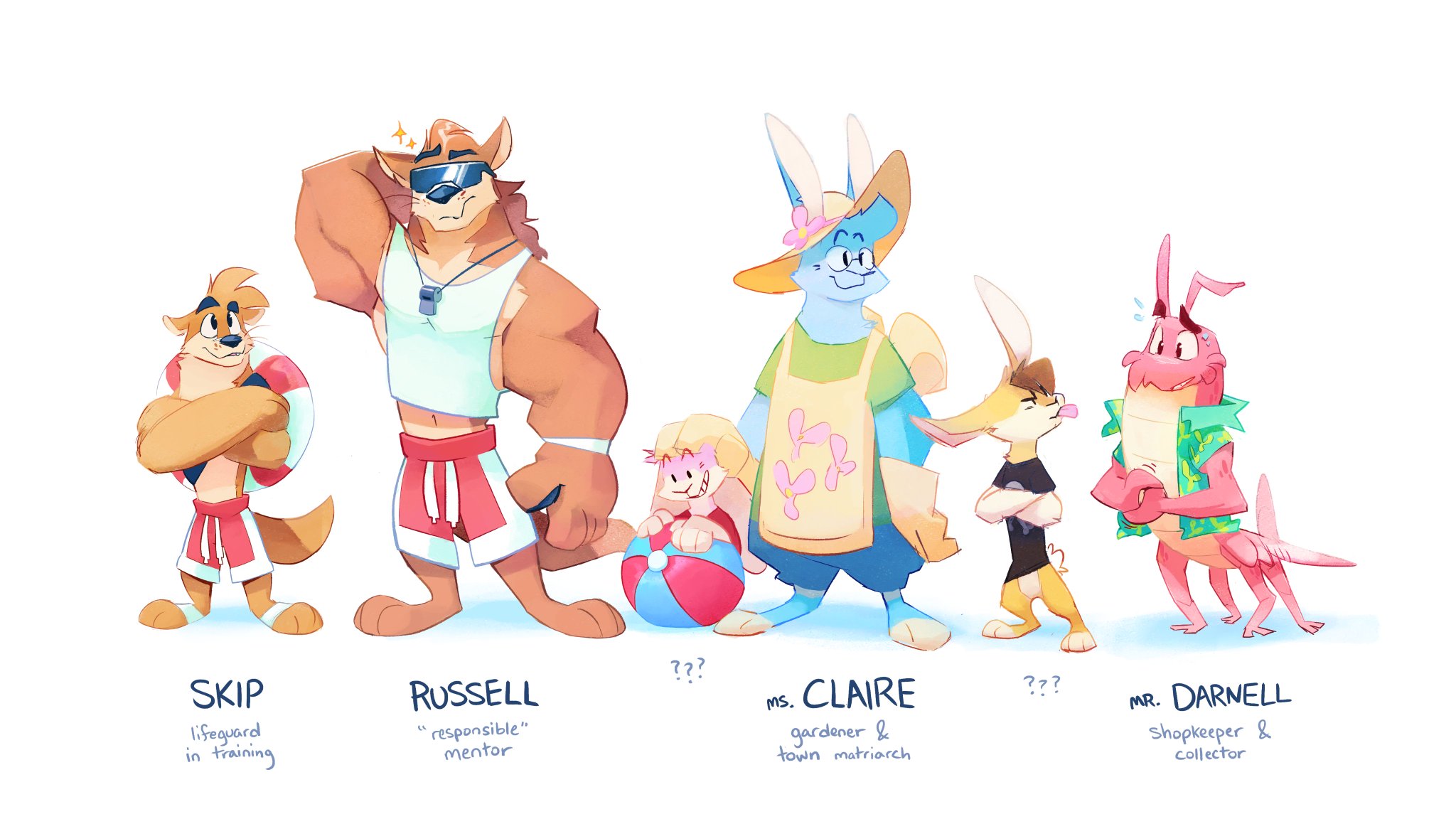 I've been developing the game for a few months now, and since I'm starting to devote a lot of time to it, I decided to make a Patreon for people who want a closer look at the process! Also, I like eating food, which you generally need money to purchase.

What's the game about?

Still a little in flux, but – your parents dumped you (Skip) at the local bay again while they went off on summer vacation, and Russell (the big guy) cheers you up by suggesting activities you can do to become a lifeguard. Talk to fun characters, do nice stuff for them, exploration, platforming, all that good stuff.

When / where can I play the game?

It's too early for me to have definite answers to this, but right now my goal is to release a juicy playable demo (PC & Mac) for patrons within the next few months. Much later on, the full game would likely find its way to digital storefronts like Steam and itch.io.

Console ports would be fun, but they're also a lot of work, and I need to have more of the game done before I start considering them.

I love working on this game and want to do it full-time, which requires some kind of steady financial return on my efforts. Fortunately, I'm pretty much just one guy with a computer, so any support you give is going directly towards paying my rent and helping me make a bigger, better game. 💜

Thanks for reading ⁠– if you have any questions, feel free to DM me on Twitter (@splaffinator).