is creating The God Machine

$3
per month
Join
Every month I will do a quick video shout out to people who pledge to this amount and above. Thrill to me mispronouncing a lot of names! By default I will say your first name and last initial. 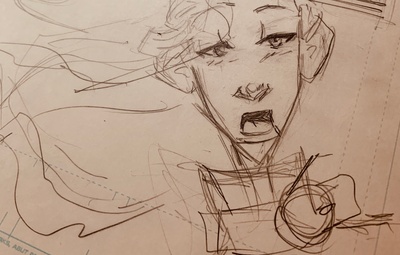 $10
per month
Join
NEWLY REVISED TIER! (6/11/2020)
Exclusive VIDEO of sketchy pages from the reprint of The God Machine Volume 1 & Volume 2. In this you will see the start of the pages from a pre-created thumbnail drawing. I will create a light pencil drawing/sketch. Each video will be 10-20+ min a piece of me doing layouts for a total of 4 pages/videos monthly) Comes with all tiers listed above.

Hello Everybody! Chandra Free here. Welcome to my new and improved Patreon page! As most of you know I’m the creator of the darkly humorous comic, THE GOD MACHINE graphic novel series. That’s pretty much why I've had a Patreon to work on getting it back on its feet. However it has passed through publishers to no avail. Before I get into that, let's do a run down of the basic details, exactly what THE GOD MACHINE is, and why I’m here!

WHO THE HECK AM I? As you already know, my name is Chandra Free (Pronounced CHAN-drah. You know, like Jackie CHAN.) I am a comics creator, illustrator, writer, and newly, a publisher at Machina Corpse. I primarily work in comics, though I’m not limited to only that. As you also already know I created the graphic novel series THE GOD MACHINE, and I’ve worked on JOHN CARPENTER’S TALES FOR A HALLOWEEN NIGHT, FRAGGLE ROCK, MICE TEMPLAR, FIRST OFFERINGS, two of the GRAPHIC CANON books, and various other comics projects. I’ve also done album covers, storyboards, character design for animation, and various other things. My future comics projects are not only THE GOD MACHINE, but also LONELY, BK.

SO, WHAT IS THE GOD MACHINE? In case some of you don’t know, THE GOD MACHINE is an ongoing graphic novel series that explores the psychological world of a young man whose life is riddled with torment and confusion. It’s a drama-comedy about life, love, monsters, and the politics of Gods. 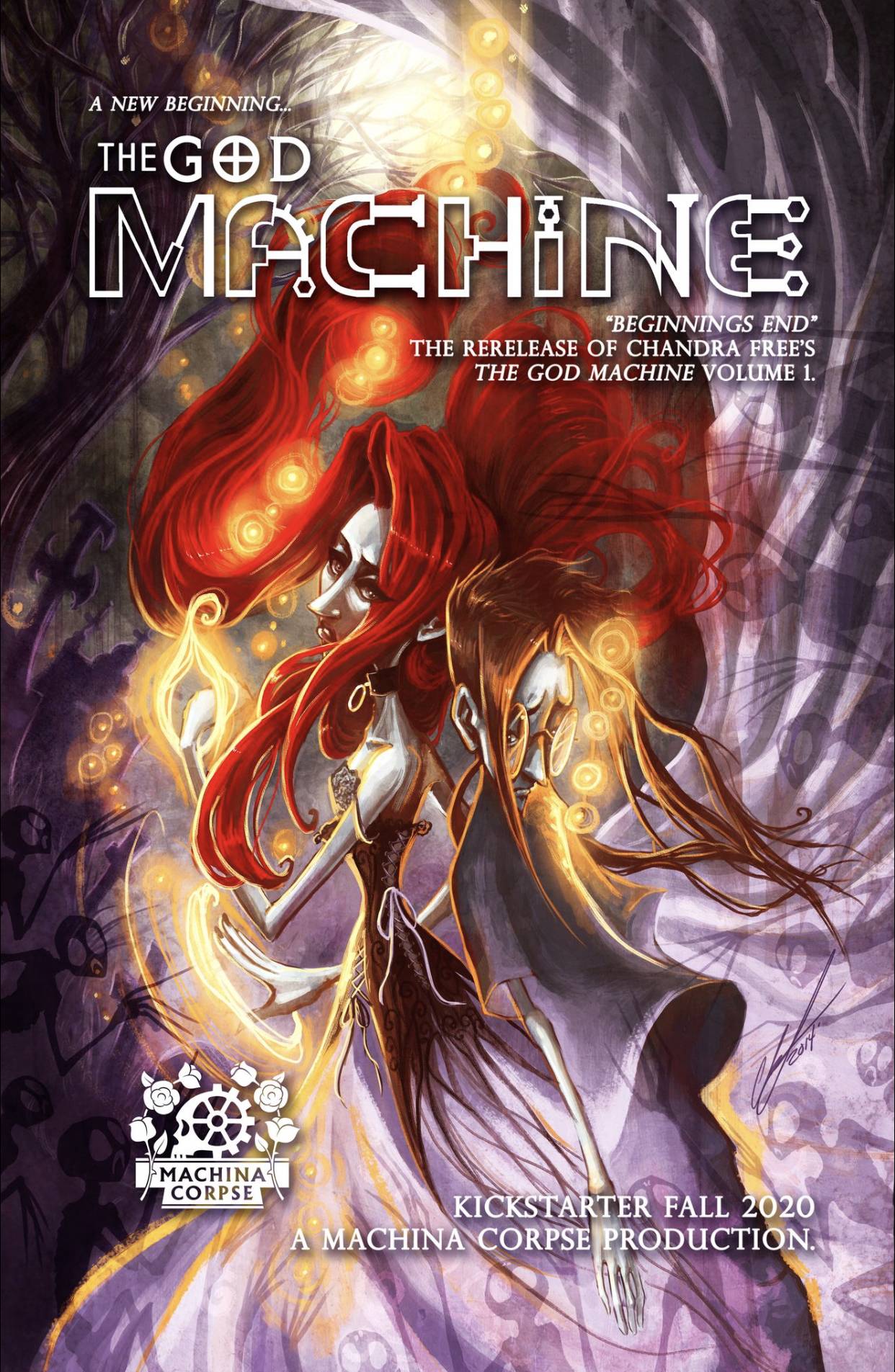 Here’s the low-down:
“Plagued with hallucinations of monsters that torment him with outrageous requests and threaten his life wherever he goes, Guy Salvatore soon finds himself swept up into the machinations of otherworldly gods who lose their keys, stop for coffee, and argue about sammiches. He’s unsure if these manifestations are real or are being invented by his own sickened mind.
Guy starts to unravel the truth about the world he lives in, and learns that either he might just have a greater purpose, or is spiraling into madness.”
The first volume was published by Archaia, then got picked up by Titan Comics, then Titan finally passed on it after years of not pulling the trigger to publish it. NOW, as of late 2019, THE GOD MACHINE has found a home with Steve Emond and I’s new spooky comics company, Machina Corpse!

Finally, I’m working on a fall 2020 kickstarter to fund a new extended edition of the first volume for the relaunch of the series for it’s ten year anniversary AND get the second volume rolling as well. If you missed out on getting the first volume you’ll have another chance, and fans will get extra treats inside this new edition too!

Despite starting a company, I’m pretty much a penniless starving freelance artist. I’ve had off and on again jobs, and haven’t been able to focus on THE GOD MACHINE like I want to. Bills still exist and sadly not enough is made to make THE GOD MACHINE a reality.

I’m turning to you guys to help me out through Patreon to help supplement my income so that I can continue to make THE GOD MACHINE reprint and volume two!

WHAT WILL I BE PRODUCING? THE GOD MACHINE reprint edition is coming to completion and THE GOD MACHINE volume 2 is going to be a new focus with incentives directly tied to the new pages!

WHAT YOU CAN DO TO HELP ME.
Anything you can give would be greatly appreciated on a monthly basis. You're important to me and I want to give back as much as I can to show you my gratitude for all your generosity.


I’m incredibly thankful for all of you helping me out. I love you all and let’s all make magic together!