A month is a month (Pay what you want!)


Spycursion is a sandbox "edutainment" MMO centered around hacking and espionage which takes place in a near-future world that has been ravaged by cyberwarfare. In the world of Spycursion, you will use strategic subterfuge and technical craft to carve your own path in this universe which is both strange and familiar.

When we initially began prototyping Spycursion, the very first component we built was the in-game programming language, called Slang (short for spy-lang). Slang is a key part of the game: All in-game software is written in Slang, and Spycursion is largely a game about the role (positive and negative) that software plays in society, both today and in the future. Check out this post to learn more about Slang. 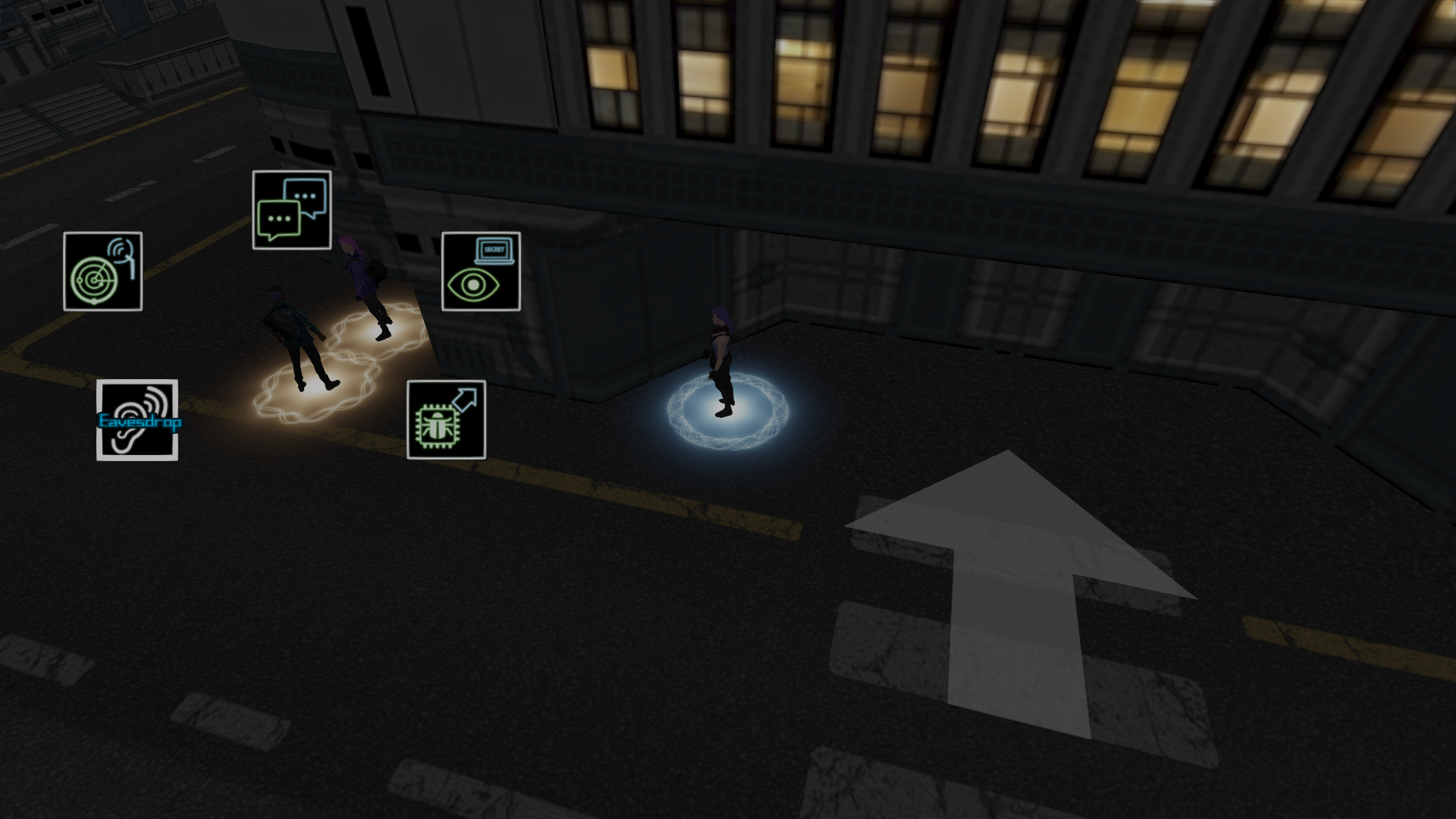 A game where you do all of your hacking from a computer is not a complete experience. Real-world spies have to do things like dumpster dive, eavesdrop, gain physical access to air-gapped systems, and get close enough to targets to attack via Bluetooth or Wi-Fi. That's why Spycursion has a 3D world to explore, where you will be able to spy on or work with other human players and NPC's. 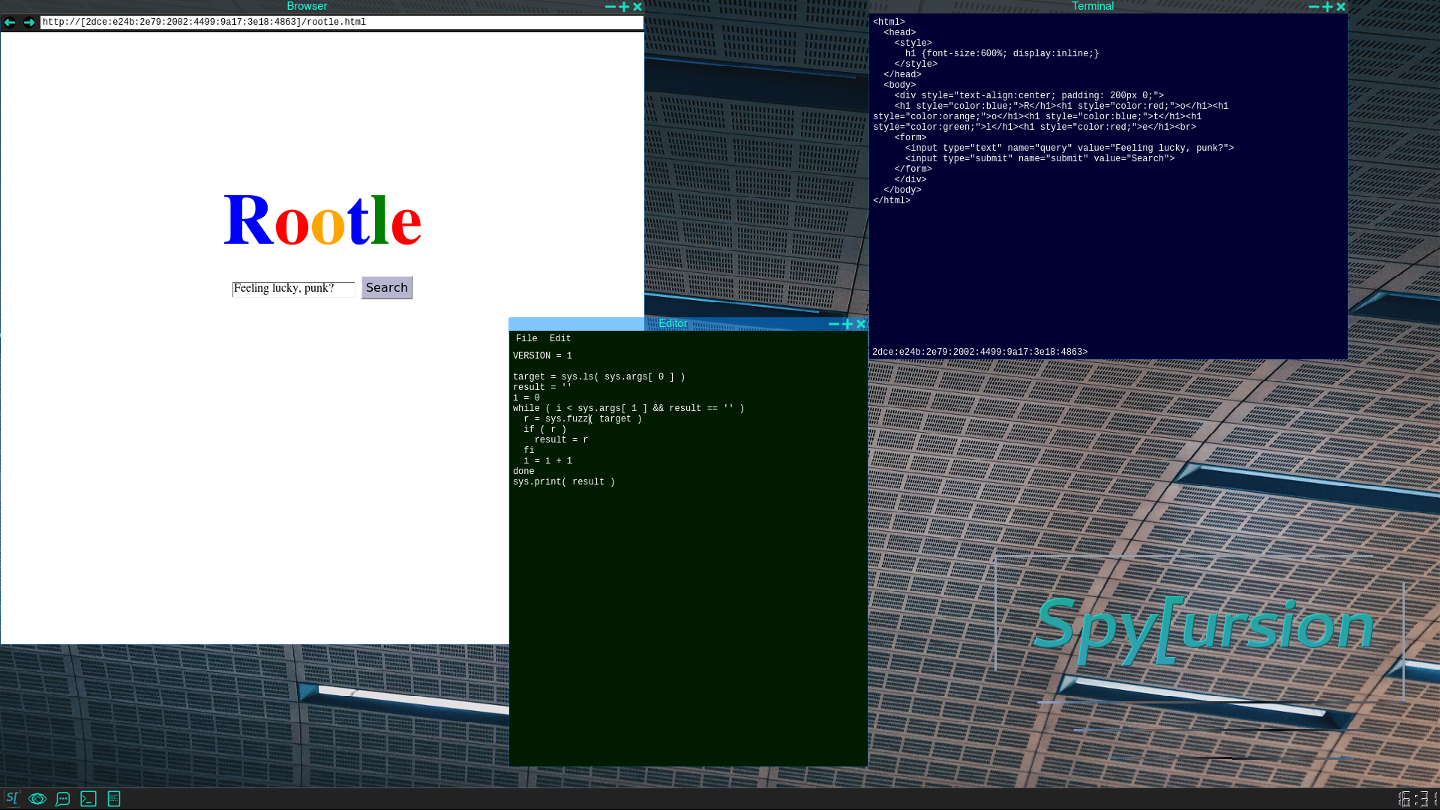 Spycursion is designed to be fun, challenging, and also educational. The Slang programming language, designed to be easy to learn and use (among other goals), can mimic real-world programming. Complete newbies can use Spycursion to learn about programming and cybersecurity, while tech-savvy engineers can use the game as a sandbox which will reward them for their skills. 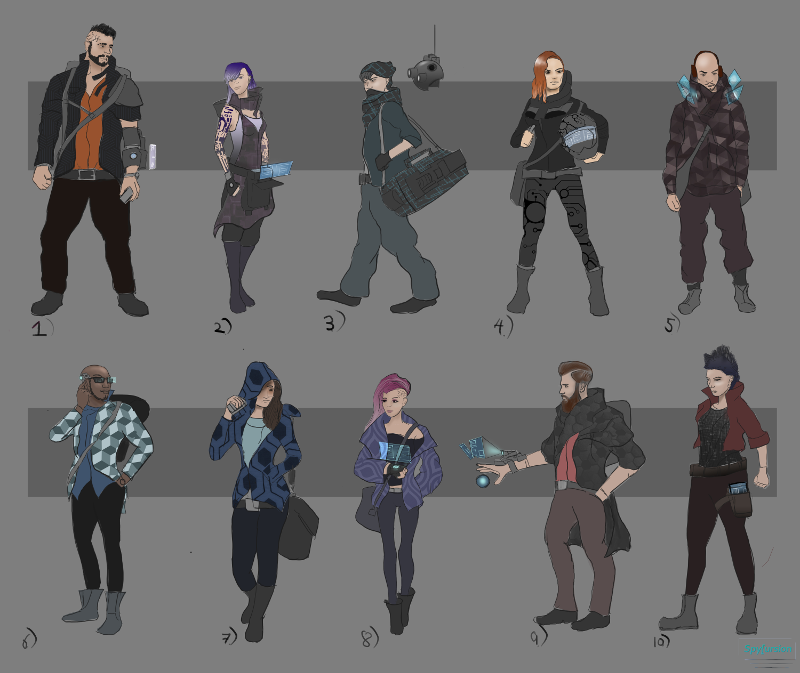 In Spycursion, there will always be other players around with whom to interact, befriend, scheme, hack, deceive, social engineer... or completely ignore. There's no one way to play Spycursion, nor is there any one way in which to advance your character. The game will have a flexible skill-based system, allowing you to mix and match the skills that make the most sense for how you wish to play. You will never be locked into any given role.

In the past, some indie MMO's have failed due to an over-reliance on interactivity -- not enough players online at a given time means there's not much to do. Spycursion will avoid this problem by incorporating plenty of content for you to explore all on your own, regardless of who is (or isn't) online. Between the world's mysterious lore and automatically-generated missions involving NPC's (which can't go offline... we hope), there will always be fun to be had. Plus, just because your friends are offline, doesn't mean their servers are...

Spycursion will include an in-game economy based on supply and demand. You may find that some of the tangible items you can buy with your money -- such as hardware upgrades, wearable gadgets, or cosmetic items -- are a bit over your budget (or out of stock entirely) if they become very popular. Non-tangible software and services don't suffer from supply problems, but they, too, can have their prices change based on demand. 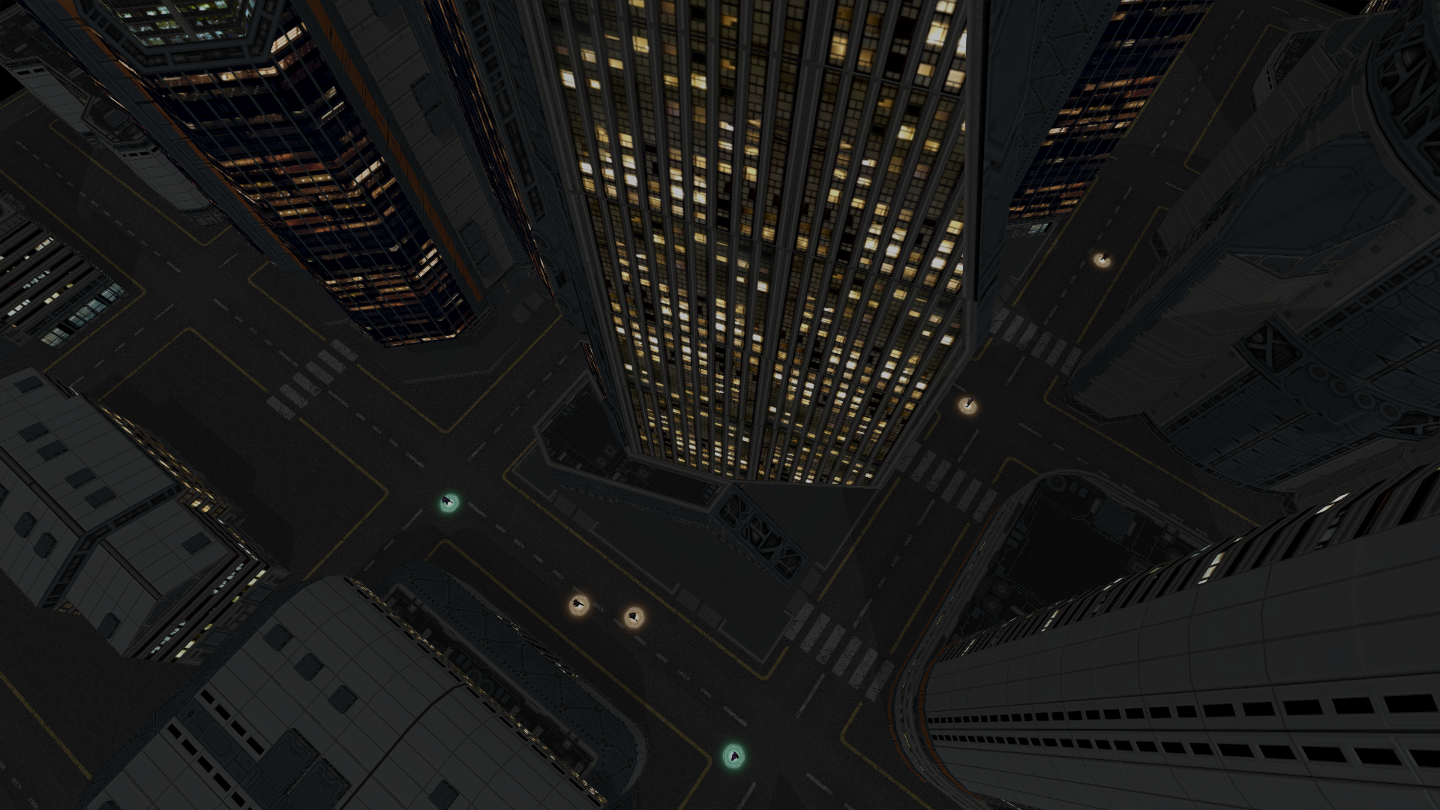 Spycursion will be a continuously evolving MMORPG. As long as we have enough subscribers, there will always be something new to do in the game, and the game quality will keep improving. And since a lot of the gameplay will be player driven, the players themselves will create unforeseen interactions which will translate into a richer dynamic experience. 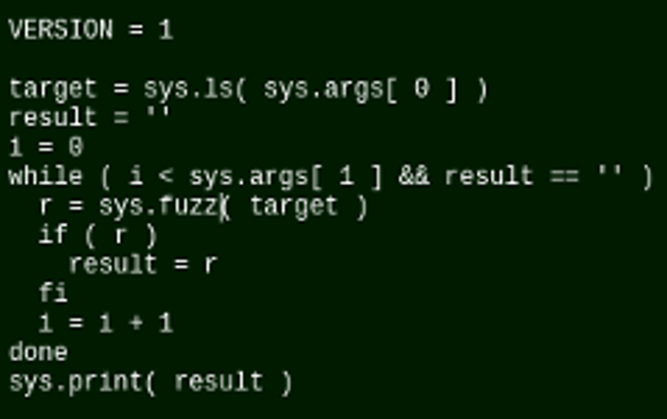 Lisp is arguably one of the most powerful programming languages in existence, sometimes called "The Programmable Programing Language", and it is what we are using to develop Spycursion.

We will be releasing the full source code to the Spycursion client, in all of its Lispy glory. In addition, we're treating Linux gamers as first-class citizens: Spycursion will be available for Linux on day one -- beta included. No porting, no wine hacks (wine drinking is just fine). Just open source goodness, the way you like it.

For now, we're keeping our tiers pretty simple. Every month that you support us for an amount of your choice, you get a month of Spycursion gameplay after it's released.