$1
per month
Join
For only $1 a month you can help contriute to the Stairwell creative effort!

Back this tier because you'd like to support Stariwell and you will get access to the Patreon feed which will include occasional behind the scenes things, rough drafts, character sheets, and whatever I think you guys will find interesting.

$7
per month
Join
Back this tier because you are awesome and just want to support me and the creative process more. This will get you access to the Patreon feed and, as a special thank you, it will also include digital PDF copies of my books and discount codes for new physical books when they drop. And hopefully occasional exclusive comics, as material allows.

This is me:
I'm Johnathan and I've been doing this webcomic thing for over 20 years. I started in 2003 with a comic about six 20 somethings called A Rusty Life. In 2012 my love of comic strips led to the development of Stairwell. Stairwell is about a guy named Norman who not only talks to himself, but sees and communicates with a manifestation of his brain. Stairwell is a full color strip and was updated daily for three years before I took a vacation from it and switched to a more sporadic update schedule from 2016 and on. From 2016-2020 I've been struggling a bit personally and creatively and it has been hard to focus on comics in the same way I used to. In 2020 I created Finding Flamingos and in addition to creating fairly regular content for that I've recently added new ARL and Stairwell strips AND some autobiographical strips here on Patreon.

This is where you come in:
A contribution of even a few dollars a month supports me, supports Stairwell's costs, grows the audience, and supports development of future products like the upcoming 'Stairwell Volume 5' book.

This is the part where I'm supposed to say "as my Patreon supporter you'll have exclusive access to the Patreon posts and other cool stuff" but I'm going to level with you and tell you that I've been horrible about posting things here. For 2021, I'm going to try improve about sharing fun content here for you, but you're here hopefully because you're just hoping to support me and the creation of future work from me.

Sample Works:
For thousands of  "samples", go to http://www.stairwellonline.com or read it on Webtoon! You can also view my other work at https://linktr.ee/jbigelow

Come aboard and help support Stairwell! Your brain recommends it! 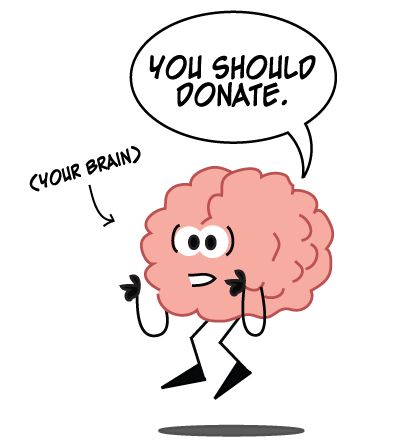