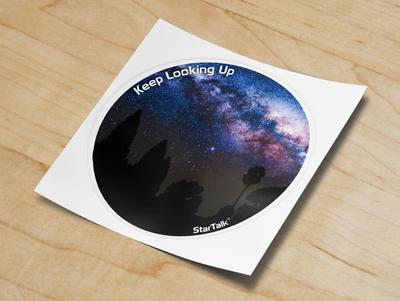 $10
per month
Join
or save 15% if you pay annually
- We will include 5 active patron names in each StarTalk podcast description.
- Exclusive StarTalk Sticker
- Monthly Q&A with Neil
- Includes all previous rewards
- Sticker Reward activates after 3 months
Exclusive Sticker
Fulfilled by Patreon
Keep Looking Up with our exclusive Patreon sticker!
Global shipping included 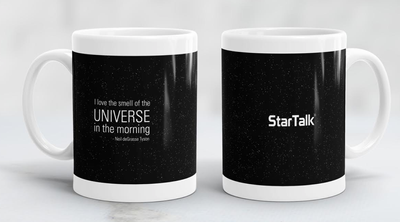 $25
per month
Join
or save 15% if you pay annually
- We will thank 3 active patrons on-the-air in each episode of StarTalk.
- Exclusive StarTalk Mug
- Includes all previous rewards
- Rewards activate after 3 months
Exclusive Merch
Fulfilled by Patreon
Includes
Global shipping included 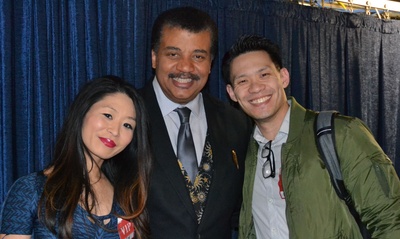 - Record an introduction for Neil, to be aired on StarTalk, e.g., “I’m ________, and I support StarTalk on Patreon. This is StarTalk with Neil deGrasse Tyson!  (Activates after 3 months) 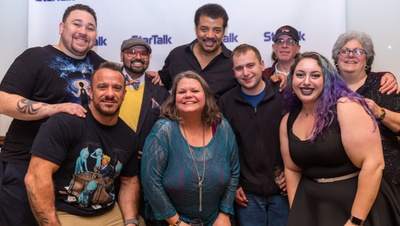 - Join us in-studio or remotely to ask Neil your Cosmic Queries in your own 10-minute segment that will appear in an actual StarTalk episode. (Questions subject to producer approval)

StarTalk® began as a dream. An idea that we could blend Science, Comedy, & Pop Culture and deliver it to the public in a commercially viable way. We did not want to be bound to a model, in which funds must be raised seasonally to operate. But we learned quickly that our show concept was so different from anything else in the marketplace that no sponsors were interested.

Proceeding with the courage of our vision, we applied for a grant from the National Science Foundation to test the concept. They approved a multi-year grant for this experiment. After some follow-up "bridge" support from the Alfred P. Sloan Foundation, we finally broke even in 2014. Today, StarTalk supports a free-lance staff of nearly two-dozen people, and our branded show and show snippets appear as Podcasts, YouTube videos, SiriusXM broadcasts, and as a TV show on the NatGeo Channel, we’ve been Emmy-nominated four times for Outstanding Informational Programming.

All good news. But what we learned along the way is that the marketplace of sponsors is risk-averse. In retrospect, no surprise, But we still generate active, creative ideas on how to grow our reach further -- on different platforms, with different demographics, in different media, using variations of our show model, and so forth. In nearly all those untested pathways, no sponsor awaits us.

So we create this page, humbly asking your support of our ongoing experiments in bringing the Universe down to Earth.