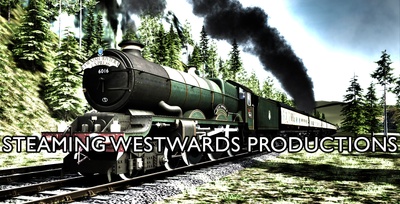 $1
per month
Join
By pledging $1 or more,  you will gain early access to future SWP Content (SVRS, Heavy Freight, Cab Rides etc) on YouTube, and will be thanked in all future video descriptions on SWP Content!

G'day and welcome to the Steaming Westwards Productions Patreon Page!

Originally a YouTube channel set up in December 2011 as SVRProductions2012, Steaming Westwards Productions (SWP) has been the home of the Stovell Valley Railway Series (SVRS) in its old and re-booted guises. SWP has also hosted Braunton vs Lady Stovell, Braunton Calls Bullshit, Stovell Valley Shorts, and more recently the beginnings of the trailblazing comedy series, Heavy Freight.

This page is a place for you guys to support the creation of content made by SWP including the Stovell Valley Railway Series and Heavy Freight. As well as projects such a livestreams and other Train Simulator related tomfoolery.

I'd be using the money from this Patreon to make SWP self-sufficient and able to pay for itself. As well as building a better arsenal of tools to be used to create content, including new audio equipment and licences for music to use in the shows I make.

I really appreciate the time you've taken to look at this page and any time you may have spent watching my content over the 6-7 years I have been going.

As a thank you for pledging to my Patreon you will receive early access to SVRS episodes as well as other videos made by myself.

Once again, thank you for looking at my page!