stencilbits is creating content you must be 18+ to view. Are you 18 years of age or older?

Offcuts is an adult visual novel about a young man returning to his home town after living elsewhere for a few years. While adapting to his new life he encounters both new people and old acquaintances he previously had to leave behind. And well… Some people you just can’t get rid off no matter what happens - you can only hope that they follow you out of affection and not because they want to break your legs. How the story progresses and ends will be up to you, the player.

Looking for an adult visual novel with a story, humor, romance and action? Or maybe you just enjoy the stylized art I'm currently playing around with? Does a world full of jealous childhood friends, shy wallflowers, affectionate older women and aggressive rich girls sound good to you? If you answered yes to any of those questions, you have come to the right place! I have always had a soft spot for visual novels, both western and Japanese origin, so after working in the software industry for some time I have gathered more than enough experience to finally do my own thing. I'm still working on my day job so this is currently more like a hobby to me, but every penny helps to keep the motivation up.

Some of the new content will be for Patreon subscribers only, for example new art previews, experiments and possible beta releases. Needless to say that my patrons will also receive top priority when I listen to feedback and suggestions. Check out the reward tiers in the sidebar if you still hesitate. Even if you decide to not support me this time, I still hope you keep this project in mind and spread the word. Each release will be free but my Patreon supporters will receive beta and early access rights a few days before anyone else.

What kind of game it will be? A relatively story-heavy visual novel. At certain points during the story you can choose an action to take and those choices will influence how the story progresses. There are no mini-games or other similar content at the moment.

How long will be the game be? The current version (0.3) contains stories for three heroines: Nina, Melissa and Amy. How quickly you complete the story is determined by your choices and reading speed (also, hand strength), currently the total word count is over 230,000. Each update will add more story and routes.

What is the development plan? The first milestone is to have a visual novel with one complete heroine route. Each update after that will add more interactions and routes. The final target is a long visual novel with 6 fully developed, romanceable characters.

Are the adult scenes animated? Not at the moment. I have been experimenting with animations and if this project gets enough support they might be included eventually, but they also take much more time to animate and render than normal, static images. 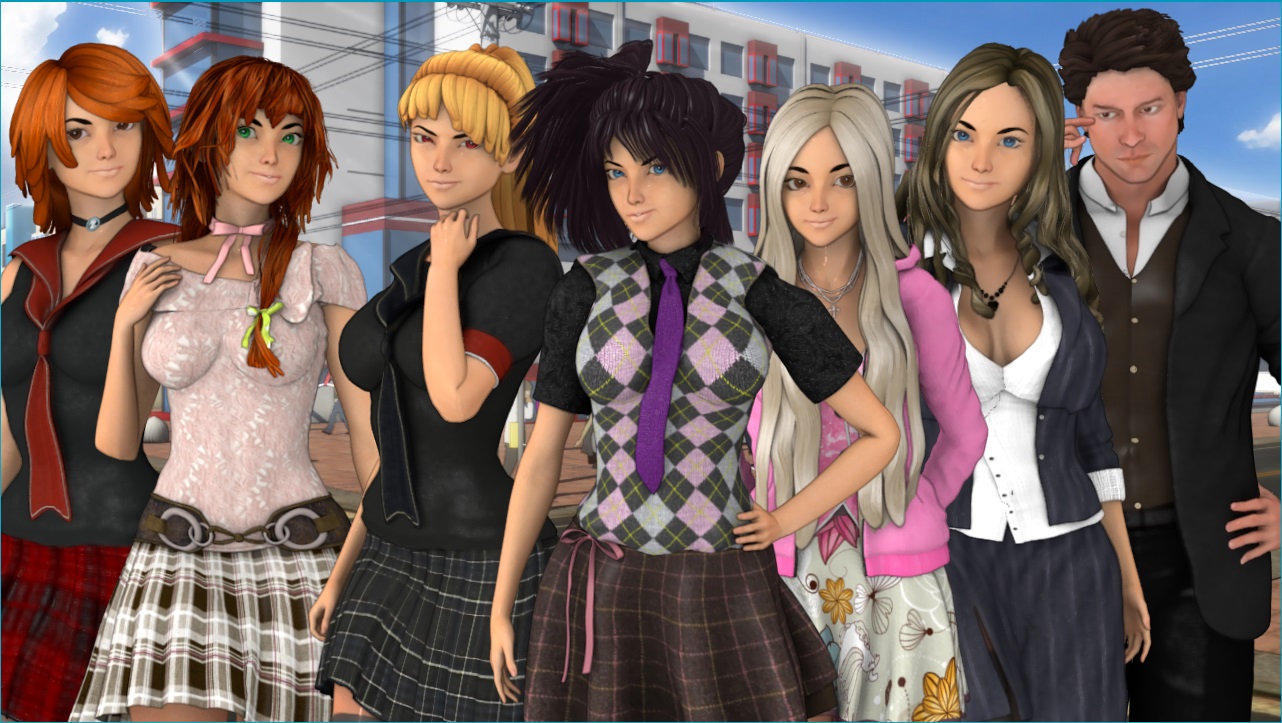 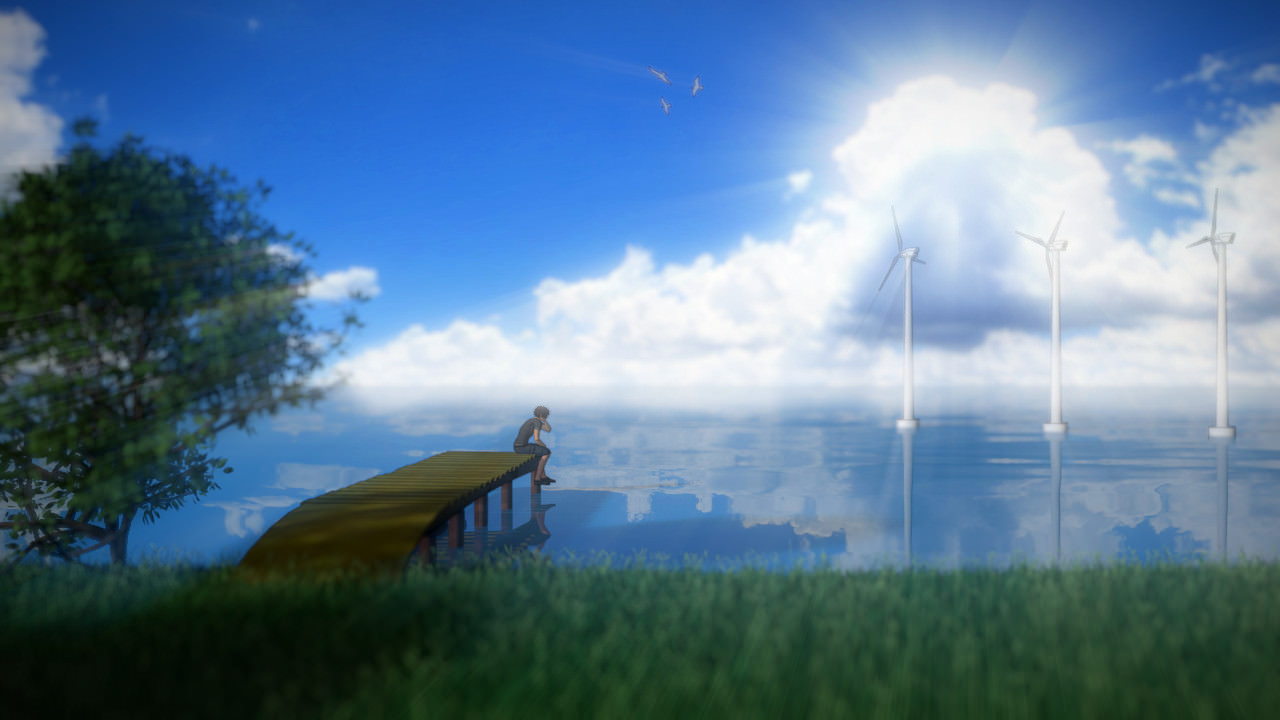 Cole, the protagonist of the game. Somewhat reserved but generally polite and optimistic young man who is moving back to his home town. Handling changes in life, school and other people can be challenging to anyone - guiding him will be up to you. 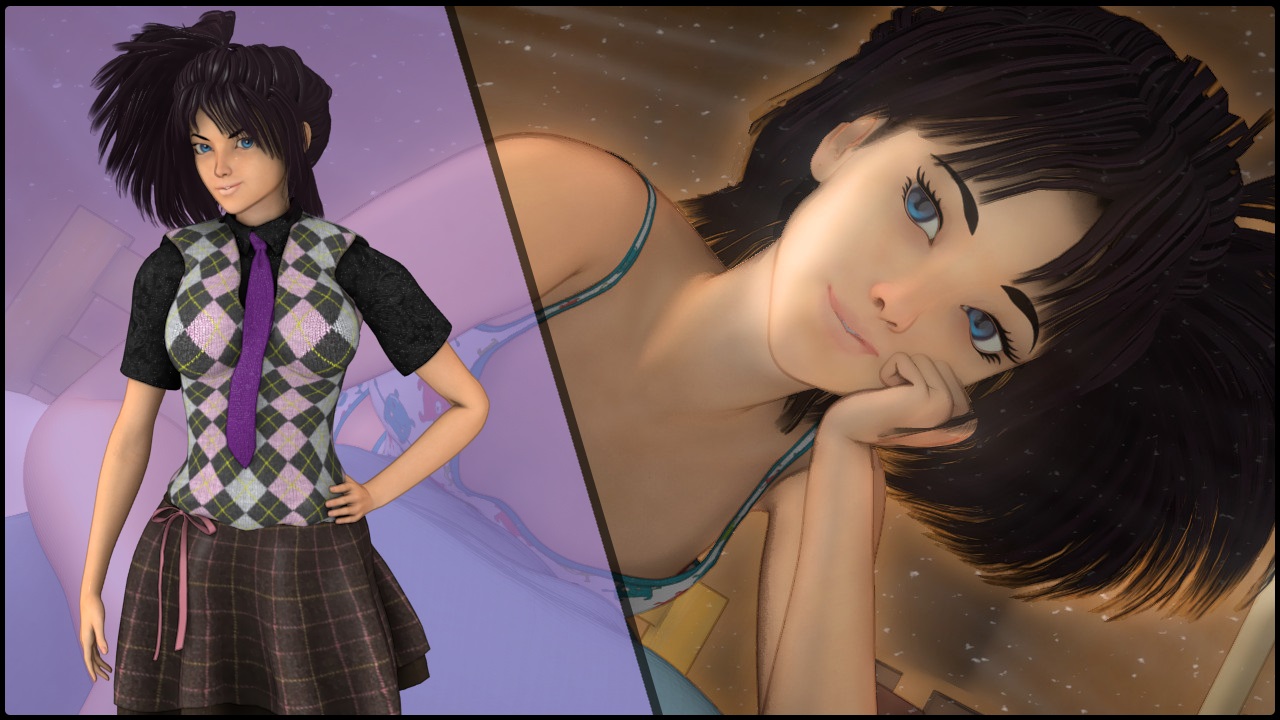 Nina, an old (and most of the time, good) friend of the protagonist. Cole has been living with Nina's family after he had to leave his hometown a few years ago after an incident. She knows everything better than you and is not afraid to say it, especially if it is about Cole. Don’t ruffle her hair, it's messy enough already. 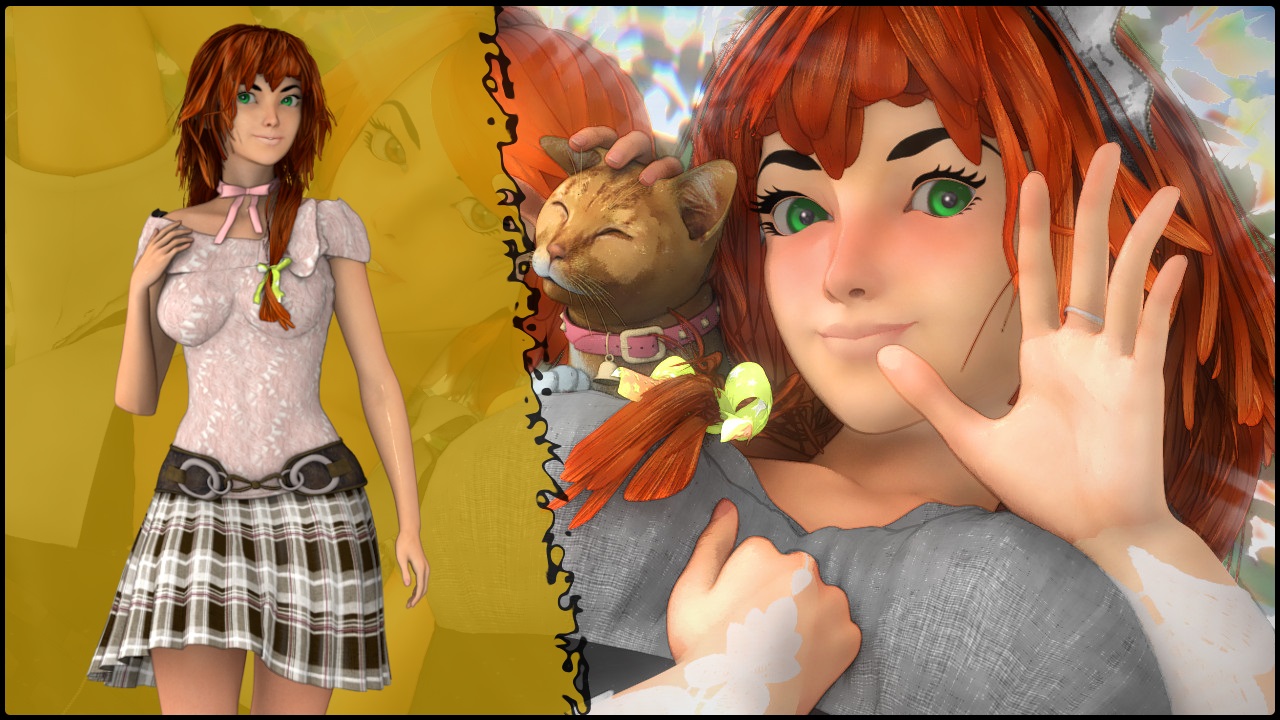 Amy, the girl who used to live next door to the protagonist. Bright, friendly and equipped with a sharp intuition. She could sell you anything (but won’t, unless she thinks you need it). 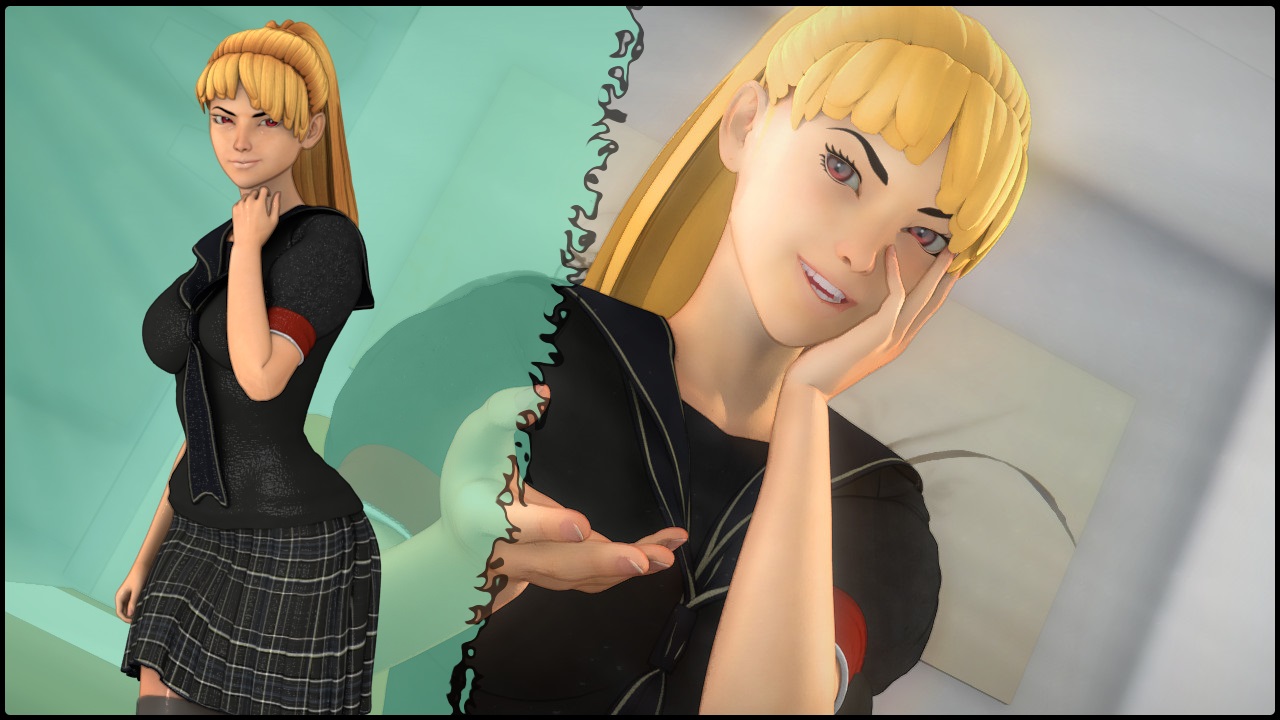 Melissa, the vice-president and the unofficial ruler of the school’s student council. Smart, rich and dangerous – at least according to school rumors. Avoid in all situations, or at least keep every exit in sight when talking to her. 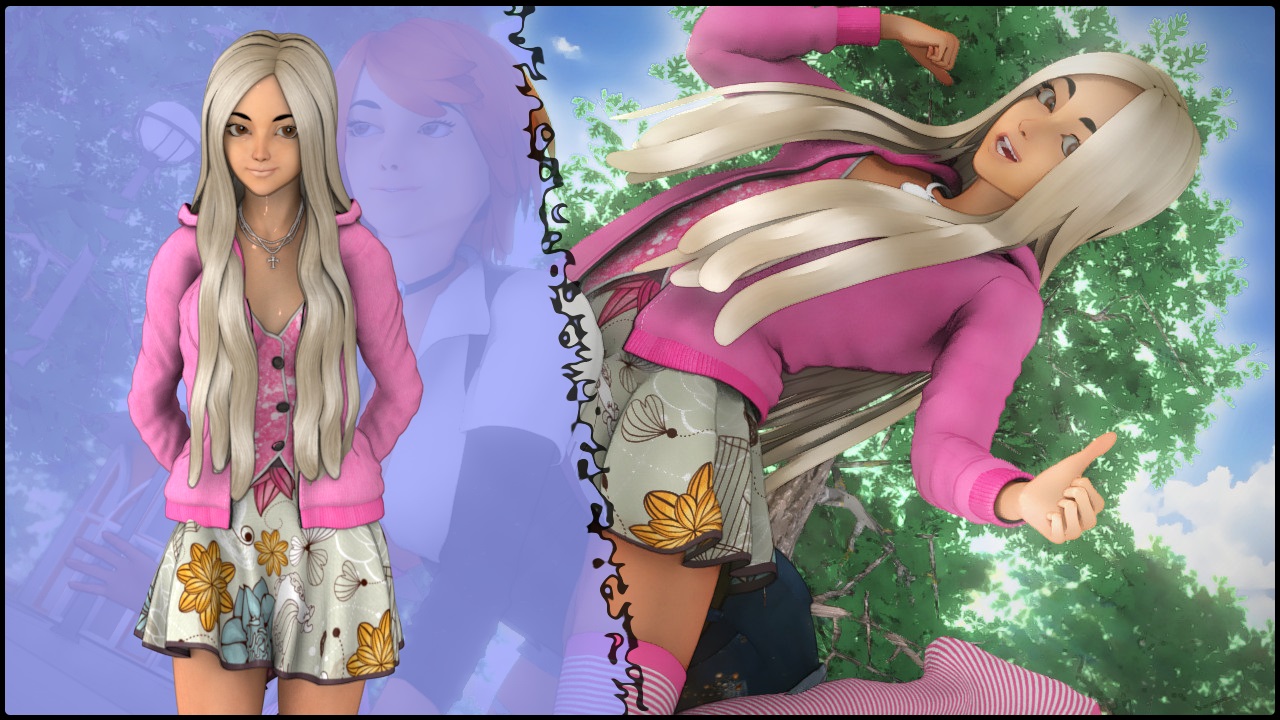 Alice, a new transfer student just like the protagonist. Shy and introverted, but can be lured in and trapped with sandwiches and headpats. 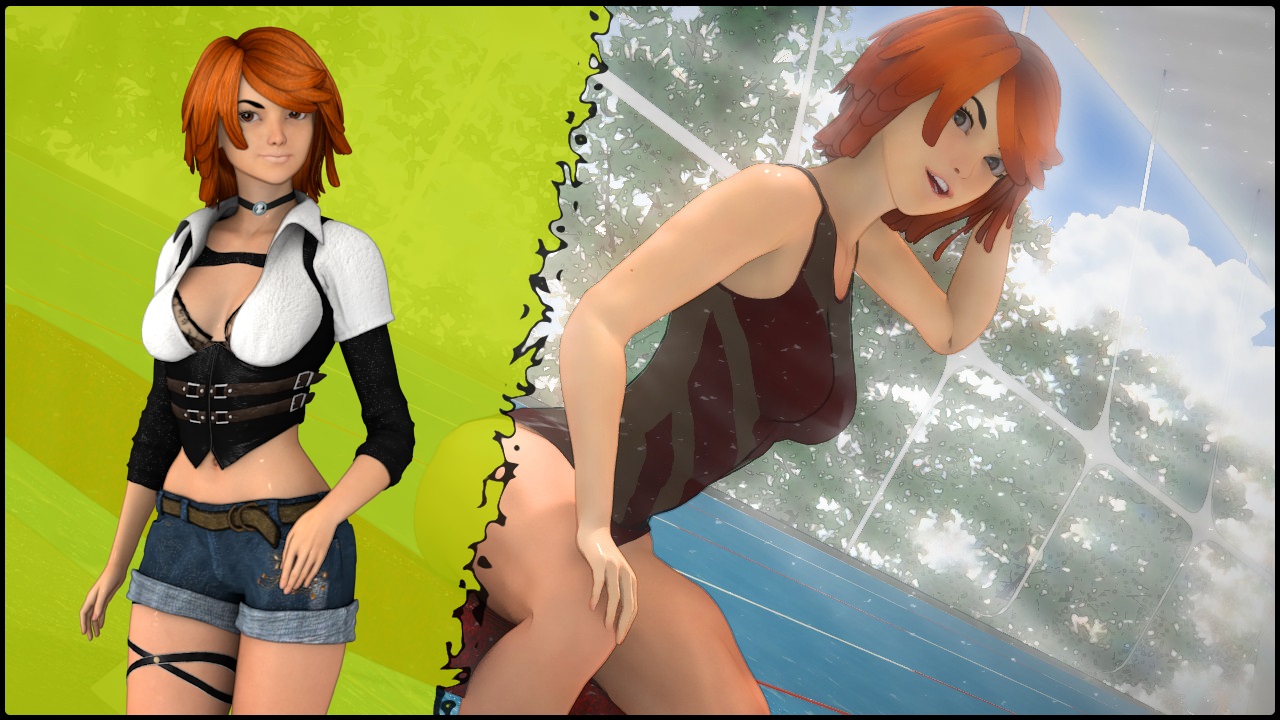 Kate, the local prodigy athlete and a dirty-minded disaster for the teachers. If only her grades would match her talents in sports... 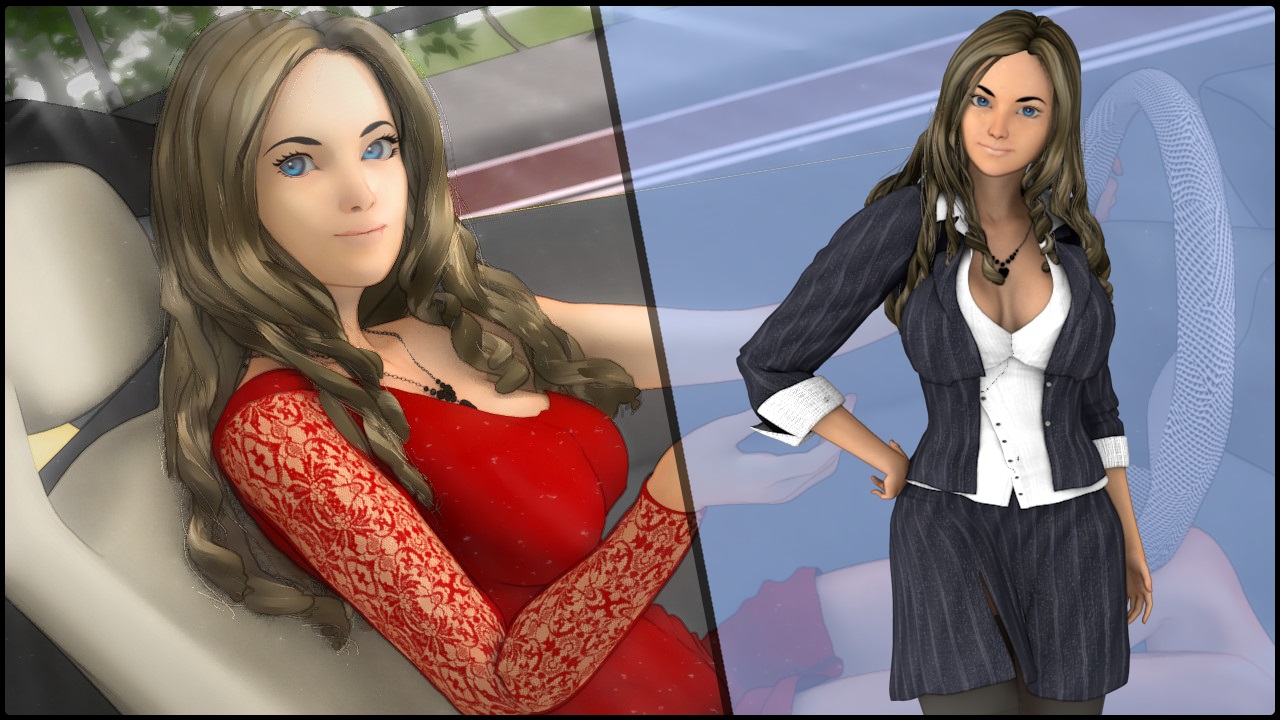 Helen, the aunt and current legal guardian of Alice. She is a busy businesswoman and the right person to talk to if you want to build a skyscraper or two. 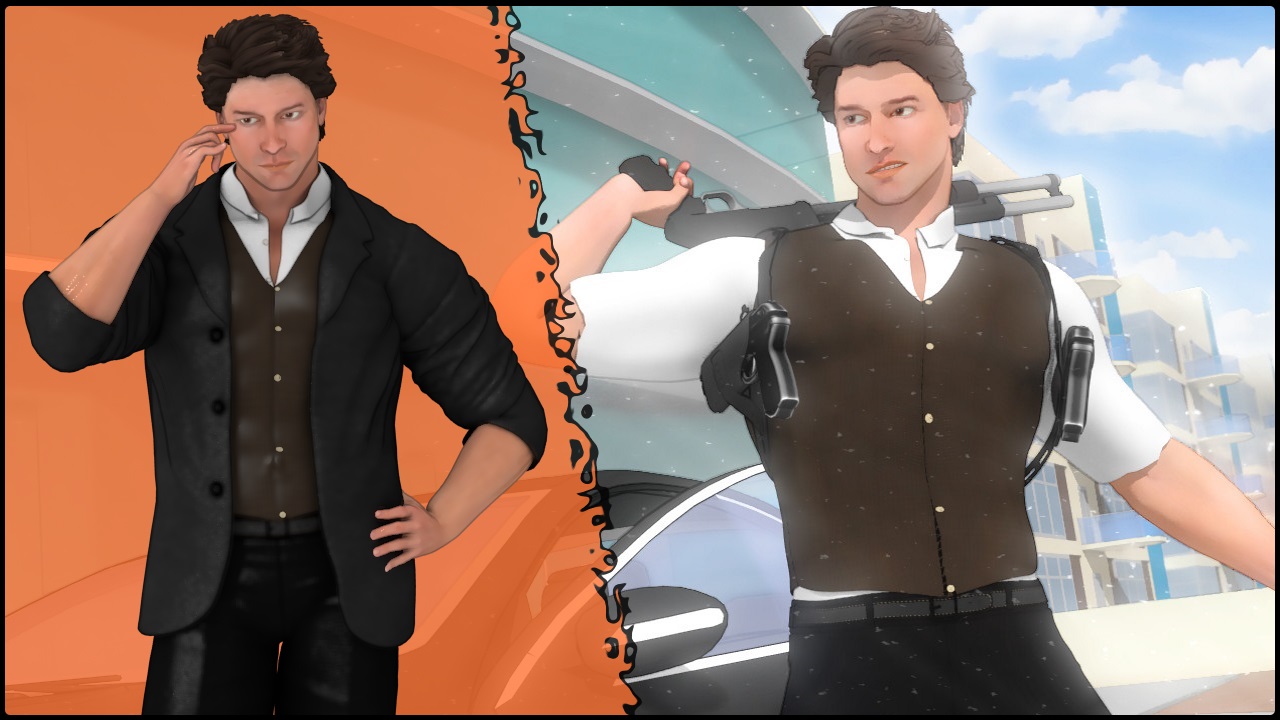 James, Melissa’s personal driver and bodyguard. A depressing man to spend too much time with and also a person you suspect is keeping something more than just a spare tire in the trunk of his car. Still, not a bad guy to have a few drinks with if you can stomach his unhinged war stories.

158 of 200 patrons
When I reach 200 patrons I can start reducing the amount of hours I work on my day job and use that time on content creation instead.
2 of 2